In the movie Groundhog Day, reliving February 2nd over and over again is Phil Connors' nightmare. For me it's a fantasy. You see it was on that very day that the Seattle Seahawks won Super Bowl XLVIII. To some it was a surprise, but to all(?) of you who read my 2013 preseason predictions it was a mere formality. The time has come again for me to ruin another NFL season for you with shockingly accurate picks both for the final standings in the text to follow and for each game on a weekly basis. Don't believe me? Believe this: 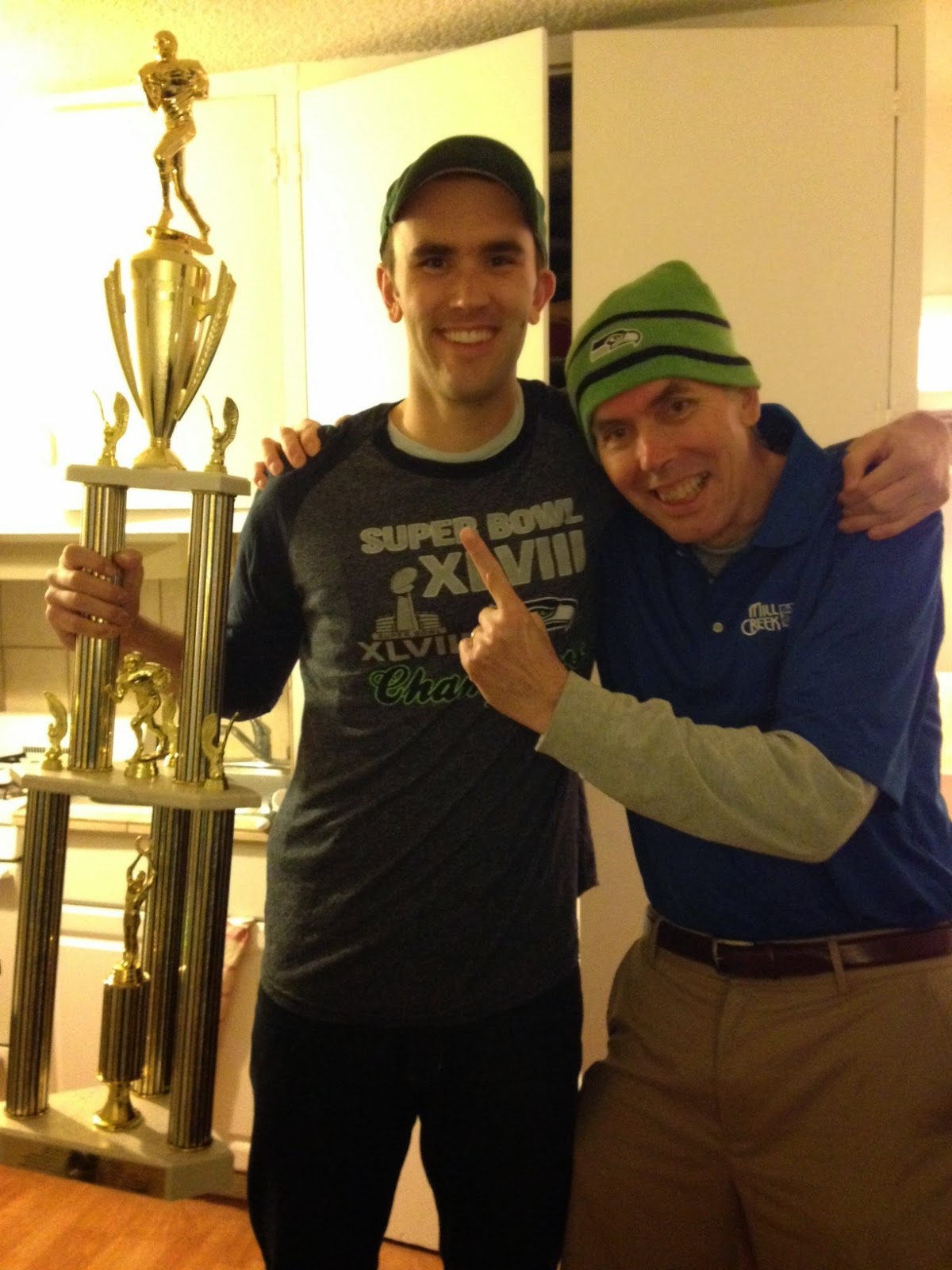 That's right, I'm officially a world champion football prognosticator. What you knew in your heart all along has finally been validated with a comically oversized trophy. But hey, that was last time, this is this time. And with that in mind, let's get started on this time.

As you may or may not have surmised I've predicted 9 of the 12 playoff teams from last year to return to the postseason. That would be an unusually high number in today's NATIONAL FOOTBALL LEAGUE (feel free to do your best Ron Jaworski impression every time you read NATIONAL FOOTBALL LEAGUE in these posts from now own). But I'm just courageous enough to thumb my nose at logic. So which three teams don't make it back, and why not?

Bengals - There will be too much pressure on Andy Dalton; from opposing defenses, because of his contract extension, and on his lower intestine (all the nerves will lead to constipation). He'll take some time to reevaluate things in the offseason and return for 2015 finally sporting black stripes in his hair.

Chiefs - Their soft schedule was a major factor in their 9 game improvement last season. They had one victory over a winning team. A tougher slate in 2014 will force them back under .500 and leave them with no choice but to recognize what cowards they are.

Panthers - A top notch defense can get you far in this league. Then again sometimes it can't.

Now let's take a look at the playoffs, or as I like to call them the "payoffs" cause that's where the money's made. Did I decide to call them that because of what now seems like a fortuitous typo? It would be foolish for any of us to hazard a guess. Anyway, here we go:

Wild Card Round
Baltimore over San Diego
Indianapolis over Pittsburgh

Divisional Round
Denver over Indianapolis
New England over Baltimore

Championship Round
New England over Denver

So there you have it. A repeat. My sincerest apologies to Phil Connors.