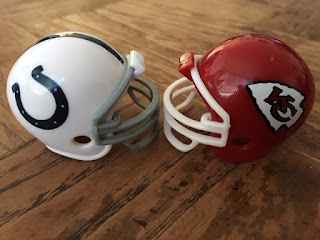 The Colts may be the hottest team still playing football. After starting 1-5 they've won 10 of their last 11 including a dominant Wild Card win in Houston last week. Now they travel to Kansas City where the Chiefs have been, well, not great in their recent playoff history. Will Patrick Mahomes be able to change that narrative? Why don't we ask the man who will be there in person to call the action on Saturday ... It's CriColl time:
Ok, this time you definitely didn't make an actual pick. I guess it's up to me. Andrew Luck vs. the Chiefs' defense + what should be a tense atmosphere in Arrowhead has me leaning towards Indianapolis. You can call me crazy, and wonder why, but don't be surprised if on Saturday the Chiefs make you cry. 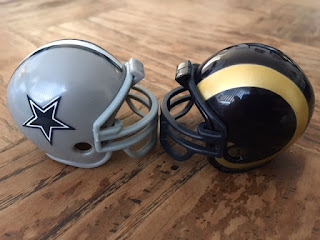 This season in the NFL, offense was the name of the game. Actually that’s not true, the name of the game remained “football” for the 135th consecutive year. Before that it was known "Pig Grab." But my original point, which I was about to get to before I was rudely interrupted by my own inanity, is that we witnessed one of the most offensive regular seasons in NFL history. But last week, in the opening round of the playoffs, the Cowboys were the highest scoring team with a modest total of 24. One could argue that postseason football is a different animal (a more sluggish, plodding animal akin to a koala or a sloth), where points are at a premium and defense rules. Though, I would argue that the four highest scoring teams in the league all had byes in the Wild Card round, an argument that would be factually correct. With the most potent offenses the league has to offer now entering the fray, keep your eyes on the scoreboard ... ok I didn’t mean just stare at it, obviously you should look at the game too. Yeesh, sometimes I’m not sure about you. I’ll pick the Rams to win, but not by much. If you look at their schedule, every time they’ve played a decent team they’ve either lost or won by one score (with the exception of a 12 point win over the Chargers in Week 2), so why should this be any different? 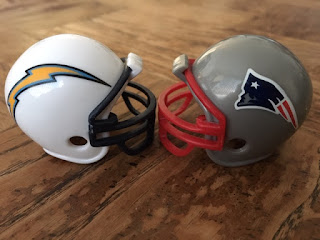 Since the NFL adopted its current 12 team playoff format in 1990, the fifth and sixth seeds have never met in a conference title game. For the last 28 years at least one of the lowest wild card teams has lost before reaching the championship round. Well you know what they say, history was meant to be broken! Er, actually records were, but you get the point. Anyway, I say history will be broken this weekend! As you’ve seen above, I think the 6th seeded Colts will upset the Chiefs, and I hereby predict that the Chargers will go into Foxborough and defeat the Patriots. I’ll admit, some of this is wishful thinking. Don’t get me wrong, I actually believe both underdogs have a very good chance to win this weekend, but primarily these picks stem from a strong desire to see an AFC championship game played at the StubHub Center. We’ve waited 28 years to see a 5/6 title game match-up, what better place than the StubHub Center, what better time than now? 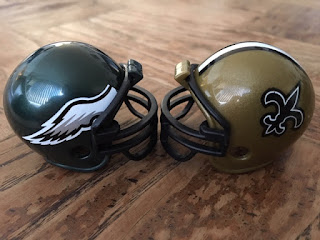 The Eagles will not die. Philly got past Chicago last week thanks to a late touchdown and a Bears field goal attempt that ricocheted off of both the left upright and the crossbar. Fans across the nation were stunned by those ever so fateful and unlikely bounces, however, some of us were not so surprised. After all, this isn’t the first time that two doinks have played a pivotal role in determining the outcome of a major sporting event. Who among us could forget the WrestleMania IX showdown in which Kona, Hawaii’s own Crush was miffed by the appearance, and subsequent interference, of a second Doink the Clown? Many of you may be saying that you were never aware of such an occurrence, and that’s fine, but if you had seen it there’s no way you could forget it, much like the Bears’ timeline-altering miss last week. Now the Eagles move on to New Orleans to face a Saints team that destroyed them 48-7 eight weeks ago. Can Philly really go back into the Super Dome and manage to come away with a win this time around? I don’t know, is Nick Foles 42 points better than Carson Wentz? If you think that I’m over-simplifying things you’re probably not a regular reader of this blog. That’s what we do here! Anyway, my answer to that Foles question would be no, not quite.