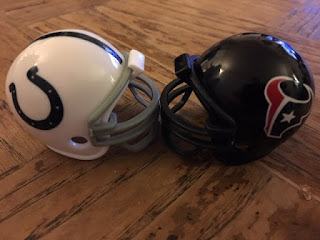 The Texans have now won five AFC South titles in the last eight seasons. Some would say that this era has been defined by JJ Watt, however I would argue that the true hallmark has been Saturday afternoon playoff games in Houston. As you probably know, in the opening round of the NFL postseason two games are played on Saturday and two games are played on Sunday, with the least attractive match-up usually being scheduled as the opener on Saturday at 1:35p PT. Each and every time the Texans have made the playoffs they’ve had this time slot foisted upon them. Again, that means that come this weekend five of the past eight NFL postseasons will have opened in NRG Stadium in Houston. The Texans are 3-1 in such contests, so it would seem they don’t have many qualms about their positioning, but it has to sting at least a little. Haven’t they been in the playoffs enough to have earned a brighter spotlight? It’s like being a successful businessman but still having to sleep on a single bed when you visit your parents for the holidays. And it's not even a racecar bed or something cool like that. Then again, maybe the NFL considers the Texans to be such a marquee team that they can think of no better spot to open the playoffs than Houston. I mean that’s definitely not true, but that’s the spin I’d try to put on it if I were the Texans. That could serve be a much-needed ego boost after what I expect to be an opening-round loss. 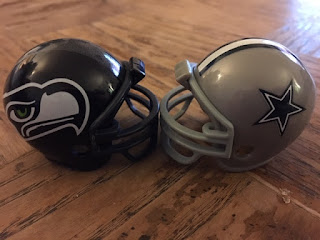 At the midpoint of the season these teams were a combined 7-9. Since then they’ve gone a collective 13-3. So over the past couple months these squadrons have played like potential Super Bowl contenders. However, their mediocre beginnings can not be discounted, they’re like a grizzled hero with a haunted past. What this game will come down to is who can learn from their history, move forward, and finally stop blaming themselves for letting her go. It’s not their fault! They had to make a choice and so did she. How were they supposed to know what would happen?!? Anyway, I think all of that and the added pressure of a judgmental home crowd gets to the Cowboys and leads to their demise. 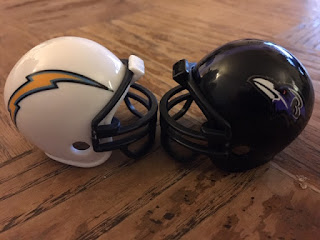 A mere two weeks ago the Ravens went on the road and beat the Chargers 22-10. It was a statement win that ended up propelling Baltimore into first place in the AFC North, a position they would not relinquish in Week 17 on their way to a division title and a home game this Sunday. One might naively assume that since the Ravens beat the Chargers in LA they should be able to handle them in Baltimore. What that aforementioned dullard failed to take into account is that the Chargers only lost games in Los Angeles this season. And I’m not just talking about the StubHub Center, where opposing fans regularly occupy the 27,000 seats, the Chargers also lost in the Coliseum to the Rams. This proves that when in LA the Chargers are saddled with the shame of playing in front of a city that doesn’t want them. It’s only when they leave SoCal that they are freed from this burden and can play to their true potential. How else would you explain their 7-0 mark outside of their “home” city? Thus, picking against them in Baltimore seems foolish at this point. Almost as foolish as moving the Chargers to LA in the first place. 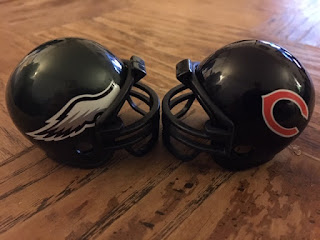 The defending Super Bowl champs scratched and clawed their way to the playoffs and have been rewarded with a trip to Chicago for their troubles. Who will prevail in this Wild Card clash? Let's check in with Cris Collinsworth to find out:
Pertinent stuff CC! I'd be a fool to dssent.

Collinsworth has been chomping at the bit to make that Home Alone 2 reference...finally found the PERFECT analogy to crowbar it in there...bravo CC.