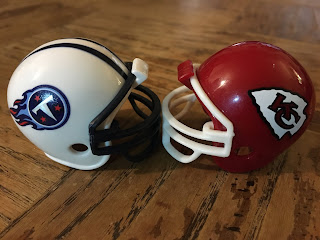 Going into these teams’ first meeting in Week 10 the Titans were 4-5 and in danger of being all but eliminated from playoff contention. Tennessee managed to storm back in the fourth quarter of that game and win in thrilling fashion. Since then these teams have combined to go 13-2 and now they meet with a trip to the Super Bowl on the line. They have very different plans on how to make it to Miami too. The Titans want to travel by ground, while the Chiefs are hoping to get there through the air. But let’s take a closer look at those strategies and really break them down. According to the Apple maps app, it takes about 13 hours to drive from Nashville to Miami, so it wouldn’t be an unreasonable trek. And with the bye week before the Super Bowl the Titans could certainly afford to break the trip up into two days. That doesn’t seem too bad. On the other hand, a flight from Kansas City to Miami only takes about 3 hours, so it seems like the Chiefs have the wiser plan. Though, some quick research shows round trip ticket prices in the $400 range, and you’d have to buy one for everybody on the team, not to mention the coaches and probably the owner. All of a sudden those costs really add up. And sure, gas ain’t cheap, but the Titans could split the fill-up costs 53 ways, meaning they’d get down to south Florida for less than $10/person. In the classic tortoise/hare mold, it seems like Tennessee might know what they’re doing here. I can comfortably conclude that they have the better strategy for getting to Miami. In terms of who I actually think will qualify for the Super Bowl though, I’ll take KC. They showed last week that no lead is safe against them. Sure, the Texans didn’t have Derrick Henry to grind the clock out, so this game isn’t likely to play out the same way, but the idea of Ryan Tannehill starting in a Super Bowl is not something I’m ready to come to grips with mentally. Therefore, I cannot use this space to predict that it will happen. 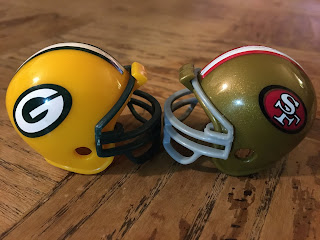 Look, I could try to put on a happy face and break down this game for you. Or tell you about these teams’ recent history in conference title games like the Packers’ blowout loss to the Falcons in January 2017, or their classic collapse against the Seahawks two years earlier. And then there was the 49ers also-classic defeat against the Seahawks the year before that. I could even post links to the highlights from those games, and I will do that, here they are. But what will that really prove? So rather than have me bitterly wax nostalgic, I enlisted the help of a man who has already called his last game of the season, but is always focused on pro football (at least according to the name of his company). Take it away Cris:
Yikes, for your sake Cris I'll take the home team too. And if it doesn't work out I'll met you in Primm. I've always wanted to ride that tram.