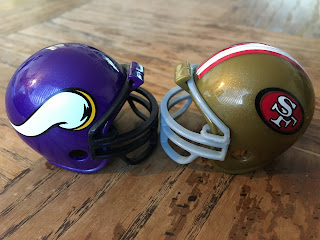 Did you know that including playoff games the all-time record in this match-up is 23-23-1? Who will gain the edge in this not very storied rivalry? The NFL has decided that it’s of such importance that whoever comes out on top will be rewarded with a trip to the NFC championship game. It’s a peculiar decision, but the league has spoken. Someone who will be speaking during this game on Saturday is NBC’s Cris Collinsworth; so let’s hear what he thinks about it.
Interesting. Maybe the right move is to have Face/Off playing simultaneously on a second screen during this game. Could actually be good advice just for everyday life really. 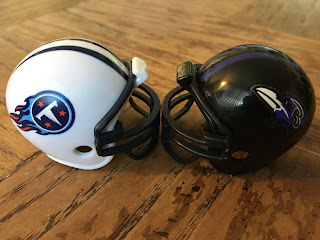 The Titans should be honored with a parade. I don’t care if they don’t end up winning the Super Bowl, they should still get the parade. For beating the Patriots these men are national heroes and should be treated as such. In case you missed it, Tennessee dethroned New England by giving the ball to Derrick Henry and ... nope that’s it. No “and” necessary. In fact, Ryan Tannehill only completed 8 passes for 72 yards in that Wild Card win. Vince Lombardi really was accurate when, in 1966, he said, “Running the football is the key to postseason success. And the best way to do that is to get a really big guy to do the running. I’m talking like 6’3” 250 lbs. Sure that’s bigger than any player currently in the league, but man oh man, wouldn’t that be something, seeing a guy that size be all fast and stuff? Anyway, I’ll have the tuna on rye, with extra mayo. Really lather it on there. Mayonnaise is good for you, it makes you strong! And I should know, I’m around strong men all day, I am Vince Lombardi after all.” Apparently that quote took place while he was at lunch. I suppose I could have edited it down to just the pertinent material, but I think this really gives you some insight into his fascinating mind. Now the Titans ground game runs into the Ravens, whose offense ran for 60 more yards per game than the next highest team during the regular season. This begs the question: just how many passes will be thrown on Saturday night? I’m gonna go with 6. It will be a battle fought on the ground, just the way ol’ Lombardi would’ve liked it. And that includes the extra mayo. 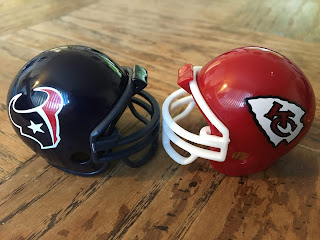 This is the only game in the Divisional round that is a rematch from the regular season. In that initial game, the Texans surprised the Chiefs in KC (I mean with the way they played, not like they showed up unannounced and the Chiefs were in their bathrobes and not ready for company) and won 31-24. In the process they racked up 472 yards of offense and an astonishing 35 first downs. That’s only four short of the record for a single game! Needless to say (but I guess I’ll go ahead and do just that) the Chiefs will have to figure out a better way to get off the field this time around. And no, I don’t recommend just leaving the field after third down regardless of whether or not they’ve actually made a stop. First of all, that might be a penalty, but if not it would likely just lead to the Texans scoring touchdowns against a literal cover zero defense. Based on recent performance though, it appears KC’s D might be able to exit the field the legitimate way. In their six game win streak that closed out the regular season the Chiefs only gave up and average of 11.5 points per game. Now, the offenses they were facing weren’t as good as the Texans’, but any improvement over their first meeting may be enough to allow Patrick Mahomes and the Chiefs’ more celebrated unit to get past the visitors this time. 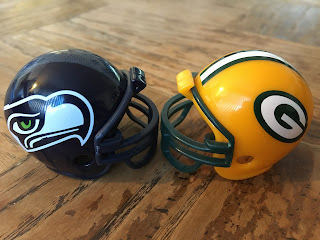 These teams ended the regular season at 11-5 and 13-3, respectively. But according to the Pythagorean formula for calculating what a team’s record should have been based on their point differential, we’re actually dealing with an 8-8 Seahawks team and a 10-6 Packers group. How did these bums even get into the playoffs?!? To a certain extent, both of these teams have been considered paper tigers by many in the media. But guess what baby, paper is what makes this world go round! I’m talking ‘bout money! And these squads got the most. Well ok, not according to Forbes, who ranks them both near the middle of the pack. And sure, the NFL has a hard salary cap, so no one team gets to spend more than another on their players ... Look forget the money thing, alright?!? The point I was trying to make is that it doesn’t matter how they got here, just that they’re here. And next week one of them will be playing for the right to go to the Super Bowl. So stick to triangles Pythagoras, and leave football to the jocks baby! As for who actually gets the win here, let’s move away from math and into geography. The four teams left in the NFC playoffs are all from the North and the West divisions. Maybe it’s just me, but it would make the most sense if a team from the Northwest was the one who prevailed, right? Please?