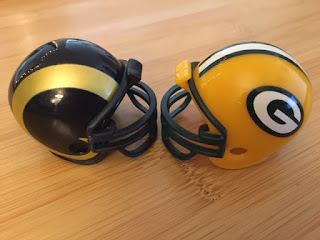 After a close inspection of the Rams’ opening round playoff game I can say with confidence that their offense is ... not great. If the Packers’ offense and special teams can avoid big mistakes against L.A.'s defense they should be able to get the win. The good news for Green Bay is that they committed only 11 turnovers in the regular season, the fewest in the league. The bad news? Aaron Rodgers’ new year’s resolution was actually to throw more interceptions. I know it sounds ridiculous, and I’m pretty sure he even said it as a joke (because he’s very funny), but he forgot to take it back before midnight on New Year’s Eve. It was a major gaffe that may cost his team a possible Super Bowl run. To make matters worse, Rodgers’ birthday isn’t until December 2nd, and as we all know, the only way to undo a new year’s resolution is with a birthday wish. That’s why I’m glad my birthday is close to the start of the year, because my diet is OVER baby! Look, I tried eating something other than Red Robin and it just didn’t take, alright? But luckily I was able to quickly reverse course and now I’m back on the Bird, no harm no foul. Or rather, no harm all fowl. 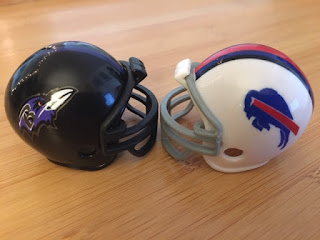 Last week the Bills got their first playoff win in 25 years and Lamar Jackson got the first of his career. So really, mission accomplished for both teams, right? Winning again for either would just be greedy. But hey, somebody's got to ... at least I think that's how it works. There are no ties in the playoffs, right? Maybe the best analyst in the game Cris Collinsworth can shed some light on this for us. 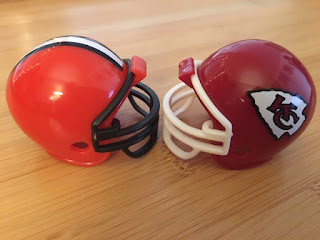 I picked Cleveland to lose last week, and I’ll admit it, I underestimated the Browns. Usually underestimating browns requires a plunger, but in this case it simply meant the end of the Steelers’ season. But come on, who could’ve predicted a 48-37 victory for Cleveland? That score had literally never happened before in the history of the NFL! It’s not my fault! It makes me wonder what kind of zany, unprecedented score we're in for this week considering the Chiefs’ offensive firepower. The highest combined score in playoff history is 96 points (2010 Cardinals over Packers 51-45), for now ... Who’s to say these teams can’t top that on Sunday? I’ll tell ya who, Gene Frisk, this guy I know who hates points. He says they “cheapen the game.” And I’m just like, bro what?!? Get this, he says he wants touchdowns to be worth one point! Don’t even ask what that would mean for field goals, because he doesn’t have any sort of coherent plan. I asked him what his ideal final score would be, guess what he said: “I dunno, 4-3?” 4-3! No joke, that’s really what he told me. What an asshole. Not me baby, give me the tuddies (touchdowns), and the fuddies (field goals), and the safeties (safeties). Add 'em all up this Sunday and you’ve got yourself a new postseason record. And also one very perturbed man named Gene Frisk. 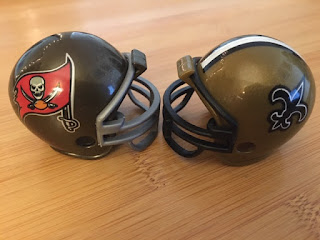 These squads enter the divisional round coming off of wins over Washington and Chicago, respectively; so really the postseason starts now for the Buccaneers and Saints. That’s not to say their previous opponents weren’t playoff-caliber, but their combined record was 15-17, so I guess that’s exactly what I’m saying. In retrospect I’m not sure why I started that sentence off like that. Oh well, no time to go back and edit it. I’ve touched on it a few times already this season, but now it is upon us, that special, horrifying time of year for the people of New Orleans when they’re about to discover in what sort of hellish, devastating fashion the Saints’ season will end. The last two seasons were overtime losses at home spurred on by ignored pass interferences. And the season prior they fell to a 61 yard Case Keenum pass as time expired. So what now? I think last week’s win over the Bears gave us a clue. In the fourth quarter Drew Brees attempted his patented over-the-top goal line reach and fell just short, surrendering the ball on downs. It was a rare failure for Brees, but perhaps a sign of things to come. My prediction for this Sunday is that Brees will try the same move with the Saints on the goal line in the opening drive of overtime only to have the ball knocked loose by a Bucs defender. Tampa will recover the fumble and run it all the way back to the opposite 1 yard line. On the next play, Tom Brady will use his own trademark sneak to send the Bucs to the conference championship game. If that seems too outlandish for you, did you read the part about Case Keenum throwing a 60+ yard touchdown on the last play of the game? Nothing is impossible when it comes to Saints’ playoff losses.