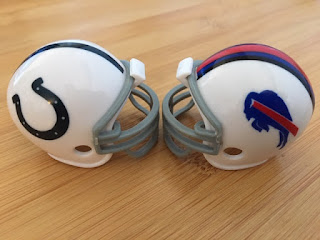 The Bills will allow 6,772 fans to attend the team’s first home playoff game in 25 years. The only problem is: tailgating is still banned. If you’re a Bills fan and you can't jump through a flaming table before going into the game, what’s the point? You’re telling them they should go to a football game without choke slamming their stepdad onto a barbecue first? So you’re actually saying you want these Buffalonians to just waltz into a Bills game having not moonsautled off an RV into a pyramid of beer cans minutes before? Thanks ...? Go team ...? Obviously 6,772 fans wouldn’t be able to generate the same amount of noise as the nearly 72,000 that would be there under normal circumstances, but with not even allowing these yahoos to work themselves into a proper lather beforehand the team is really cutting them off at the knees. The knees that would normally have come crashing through a table an hour or so before the game as they delivered a pedigree on their significant others to the cheers of dozens. That being said, fans or not, Buffalo is the hottest team in the league right now, so I expect them to get the win here. 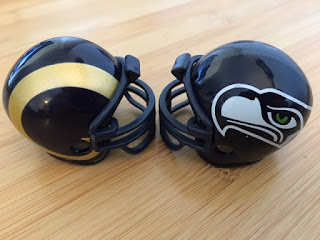 After two lackluster contests against each other in the regular season it’s safe to say this is the rubber match that nobody was clamoring for. The Rams won round one in LA 23-16 while the Seahawks clinched the NFC West with a 20-9 victory at home just two weeks ago. So what awaits us this time around? Maybe a nap for fans with no rooting interest. But for those who watch I’d expect more of the same: low scores, frustrating, if not baffling, quarterback play, and fan man. That’s right, I expect the guy on the fan-powered parachute that crashed into the ring at Bowe/Holyfield II in 1993 to come zipping into Lumen Field at some point during this game. After all, he seems to love trilogies. Granted, it was the second Bowe/Holyfield match that he appeared at, not the third, but you get what I’m saying. Also, from what I’ve heard he stans all three Star Wars trilogies. Says he can’t even rank them because they’re all so equally great. That’s how much Fan Man loves trilogies. So anyway, I hope that shed some light on what to look for during Rams/Hawks III. (Editor’s Note: Turns out Fan Man died in 2002. The writer was informed but refused to change any of the preceding text). 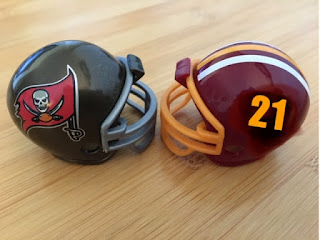 The Buccaneers went 11-5 during the regular season which sounds all well and good, but consider this: their record against playoff teams is 1-5. I know this isn't college football, but that's not the most impressive resume. The good news for Tampa is that they went 10-0 against teams who were .500 or worse, and their upcoming opponent fits that bill. Due to Washington's dismal record this might seem like a mismatch, but let's hear what this contest's analyst Cris Collinsworth has to say:

I say you're sharp as a tack Cris! 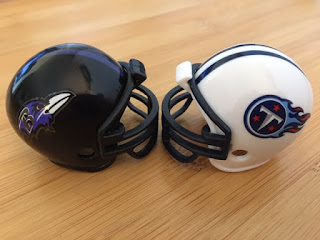 I have to imagine this is the first round opponent the Ravens wanted after the Titans shocked them in the divisional round last season. You know what they say, revenge is a dish best served after one year. Unfortunately for Baltimore this game is being played on January 10th and last year’s was January 11th, so it hasn’t been a full year yet. Though, if you factor in that 2020 was a leap year, that does mean it was a full 365 days. I wonder if an exception can be made. Luckily for the Ravens, they probably don’t care about that saying, and also I made it up anyway, so it’s likely they’ve never even heard it at all. Whether it’s fair or not this will be a defining game for Lamar Jackson. If Baltimore loses to drop Jackson's postseason to 0-3 the narrative that he can’t win big games will be fully entrenched. But we should cut the guy some slack considering he’s following in the footsteps of the greatest playoff quarterback of our generation: Joe Flacco. Maybe that's an exaggeration, but Flacco did go 10-5 in the postseason. If Jackson wants to match that mark it would behoove him to start tallying some wins soon, preferably this Sunday. 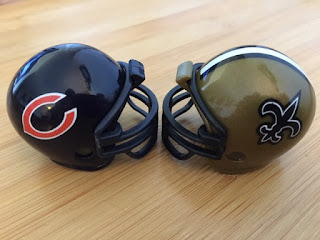 How pissed are the Saints that they even have to play this game? Prior to this season they would already be in the divisional round with a bye week to get rested and complete their quarantines. Ok that last part wouldn’t have happened before this season, but the point is an extra week without a game would have been very beneficial to New Orleans. But of course, the NFL added a third wild card team and now the Saints are stuck having to win their way into round 2. And it would be one thing if the team they were playing deserved to be there, like any of the 11-5 teams in the AFC, but the extra wild card spot in the NFC fell to the 8-8 Bears. This is a team that experienced a 6 game losing streak this season. So much has been made about how it’s pathetic that a 7-9 team won the NFC East, well guess what, the remaining teams in the conference weren’t much better. In fact, the team that should really feel screwed here is Miami. The Dolphins went 10-6 this season, and 3-1 against the NFC, yet they’ll be watching the playoffs from home while three teams they’d have qualified over (Washington, Bears, and Rams based on head to head tiebreaker) get to compete for a trip to the Super Bowl. The NFL should right this wrong, remove the Bears, and insert the Dolphins into this game. That’s not likely to happen though, so we’ll be stuck watching Mitchell Trubisky trying to win a playoff game. Actually that sounds pretty fun, so either way I’m excited. 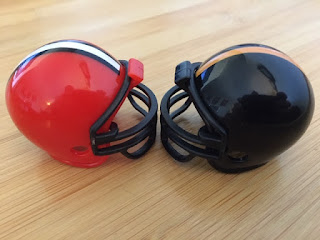 It’s a rematch! Of last week and of the last time the Browns were in the playoffs. Back in January of ‘03 these squads squared off in a classic wild card game in which Tommy Maddox outdueled Kelly Holcomb. Who’s Tommy Maddox you ask? A former XFL champion, so show some respect. Who’s Kelly Holcomb you ask? A back-up quarterback who threw for 429 yards in a playoff loss, so show some respect. Speaking of backup quarterbacks, the Steelers started Mason Rudolph last Sunday and were a missed two point conversion away from possibly taking the Browns to overtime. Is there any chance Pittsburgh saw what Cleveland had to offer through the first 59 minutes of Week 17 and purposely failed to convert? If you could possibly face a team in the playoffs who you almost beat with your backup quarterback why not help them get in? I wouldn’t blame the Steelers at all if that was their strategy. Consider this: the Browns have a -11 point differential on the season, yet they finished 11-5. Their expected win total is 7.7. Now, I don’t totally understand all of the metrics that contribute to that number, but I know if it’s that much lower than your actual win total you either got pretty lucky or are just lying about your record. Quick, can anybody actually name all eleven of the Browns’ wins off the top of their head? No time to look it up, c’mon say them all right now. Couldn’t do it huh? See, they might just be full of it. Their coaching staff is definitely full of COVID, head coach Kevin Stefanski will turn over his duties to Cleveland’s special teams coach Mike Priefer. But is that really necessary? It’s 2021, why can’t Stefanski just coach via Zoom? Imagine the hilarity if/when he doesn’t realize he’s muted and the Browns incur a delay of game penalty because they can’t get the play called in time. It seems far-fetched but the Browns are in the playoffs, so clearly we shouldn’t rule anything out. Sadly though, with the added challenges presented by their COVID absences I don’t think the “Browns are in the playoffs” is a statement we’ll be able to accurately say for much longer. Hopefully it’s not another 18 years until we can say it again.