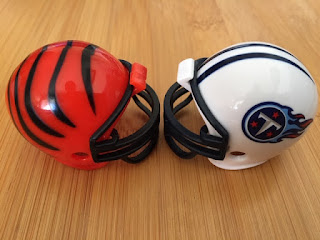 Both of these teams should have a chip on their shoulder. The Titans because nobody seems to take them seriously as a Super Bowl contender even though they’re a 1 seed. And the Bengals because they're playing their second straight Saturday afternoon game. The league clearly considers them the worst ratings draw in the playoffs. So what’s the solution? Keep winning, right? Well sure, that’s one tack, but I suggest they take a page of out of scripted television’s book. You want ratings, have a wedding. That’s right, I’m proposing that two of the players get married during the game. Preferably Cincy's two biggest stars. So if Joe Burrow and Jamar Chase decide to take their connection to the next level it could be exactly the spectacle that would cause the NFL to finally take notice. I just hope no one shows up to interrupt the proceedings. Like a past lover, or a celebrity guest star, or Derrick Henry. Or that’s right, Derrick Henry is back. I think that gives the Titans edge, nuptials or not. 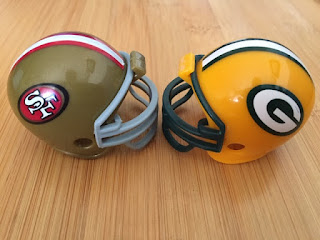 I have to imagine that Aaron Rodgers is sick of losing in the NFC Championship game (he’s done it 4 times in the past 7 seasons). One way to get around that crushing disappointment would be to lose in the Divisional Round. Problem solved! And it shouldn’t be hard considering the QB he’s going against is 1-0 in the divisional round. That’s right, Jimmy G is unbeaten! However, he’s not unbeatable. In fact I’d say he’s the remaining quarterback I have the least confidence in. But to be fair, I’m only basing that on watching him play all season, and the past couple before that. Really it’s not fair to judge a quarterback until he has about 8 seasons as a starter under his belt. The jury’s still out on Blaine Gabbert if you ask me. Of course, Garoppolo doesn’t necessarily have to outplay Rodgers on Saturday night, he just has to avoid a catastrophic mistake. Is that asking too much? Yeah, probably. 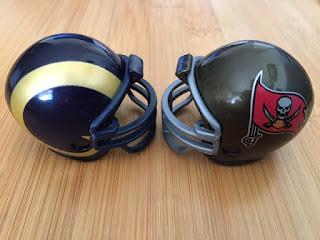 Both of these teams are coming off of blowout wins in the Wild Card round. Now they meet for the second time this season with the first contest resulting in a 34-24 Rams win back in Week 3. Will the outcome be the same this time around? Or even similar?!? Let's check in with Cris Collinsworth to hear his thoughts on the matter.
Good and relevant point Cris. You gotta wonder, will Brady's own strange pee be his undoing? I think it just might. 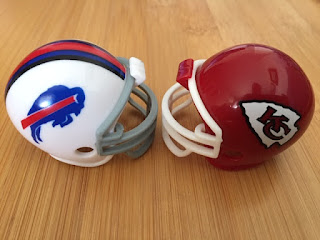 A lot of folks out there would tell you that this is the real AFC championship. There are three possible interpretations of that statement. 1: the person making it does not understand how the playoffs work, or has either ignored or forgotten about the other two remaining teams in the AFC playoffs. 2: the person making that statement thinks this is last season when these teams did meet in the AFC championship game. 3: the person making that statement believes that whoever emerges from this game will easily dispatch either the Bengals or Titans. The third interpretation is likely the correct one, but the first two can’t be completely discounted, especially if the person you’re talking to is dumb. But even the assumption that one of these teams is going to the Super Bowl isn’t necessarily a wise one. Consider that Kansas City is 0-3 against the remaining AFC playoff teams. Meanwhile, Buffalo lost to Tennessee earlier this season, and were so afraid to play Cincinnati that they left them off of their schedule entirely! None of that, however, should take away from the entertainment level of this contest. We’re talking non-stop fireworks! Which will make the stadium very hazy and result in game action that’s difficult to discern. Eventually, once the smoke clears, I’m guessing the home team will come out on top. But despite what you may have been told, they’ll still have to win one more to get back to the Super Bowl.