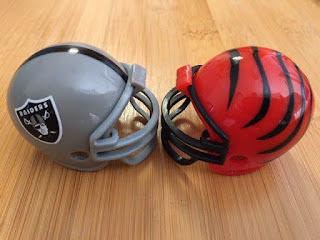 Saturday will be just the second playoff game the Raiders have played since losing Super Bowl XXXVII in January of 2003. That was so long ago they were still playing Super Bowls in January! In the one other postseason trip since, the Oakland Raiders took on the Houston Texans following the 2016 season. Due to a Derek Carr injury, the Raiders’ quarterback was Connor Cook. Meanwhile, the Texans' signal caller was Brock Osweiler, however they had no injury to blame that on, he was just their starting quarterback. Even before it begins I can virtually guarantee that this Saturday’s game will be more entertaining. And if it isn’t, then god help us all. It's hard to believbe, but the Bengals may have the Raiders beat in terms of recent playoff futility. While Cincy had a number of postseason appearances last decade they haven’t actually won a playoff game in 31 years. A time when none of the players in this game were even born! And the most interesting part of that stat is that it might even be true! I haven’t had a chance to research it yet. The bottom line is that this Saturday recent history will be made one way or the other. Unless, of course these teams get ravaged by COVID and have to call in Connor Cook and Brock Osweiler to make emergency starts. Then it will likely be same ol’ same ol’. 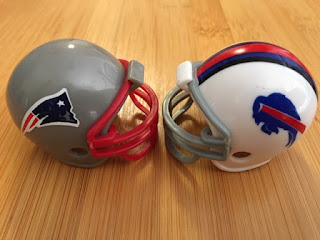 There’s an old adage in the NFL that it’s hard to beat a team 3 times in one season. Luckily for the Patriots and Bills, they split the two regular season match-ups, so both squads are still fully eligible to win this one. Obviously the initial thought would be that the advantage belongs to Bill Belichick. With his resume that’s hard to argue against, even if he may have the inferior roster. But there’s one aspect I haven’t heard discussed much in the lead up to this game that I think needs to be taken into consideration. Now maybe this is silly, but is there any chance that Bill Belichick will get confused by a team of Bills? And sure this could be nonsensical, but will he think that he’s competing against a bunch of people with the same name as him? I acknowledge the possible absurdity of this scnenario, but will that cause an existential crisis for him? Or maybe even engender sympathy towards his opponent? I mean sure, Belichick has gone against Buffalo 40+ times as New England’s coach and had tons of success, but who knows, maybe prior to his first postseason match-up against the Bills will be the first time he dwells upon it. And if he does, the Patriots could be in trouble, especially because Sean McDermott’s name is Sean and not Pat. 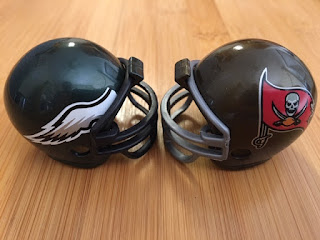 Eagles quarterback Jalen Hurts is playing in his first playoff game, while Bucs quarterback Tom Brady is playing in his 302nd. That inexperience could be an issue. Another potential problem for Philly is that they’re 0-7 against this season’s playoff teams. So their quarterback has never been to the playoffs and they seemingly can’t beat any of the other teams in the playoffs. That means the Eagles can’t possibly win on Sunday, right? Wrong! Oh whoops, I meant to say “right.” They’re screwed. 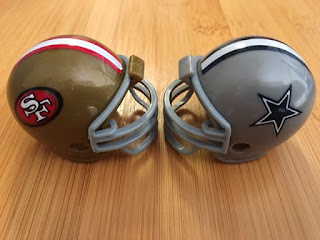 Taking into account the postseason history between these teams and the recent passing of a broadcasting legend who called many of their classic contests, I hereby submit that John Madden announce this game. Enough archival audio exists, especially from the Madden video games, that it would be possible to set up a soundboard and make this happen. Would it be seamless? Absolutely not. Would it be very confusing to casual and diehard fans alike? Almost assuredly yes. But would it be entertaining? Maybe! And that’s a trade off I’m willing to make. It would also open the door to a nearly unlimited catalogue of guest stars. Just imagine the following exchange:

Buck: “Bogie, what do you think of AT&T Stadium.”

Bogart: “It’s the stuff that dreams are made of.”

Buck: “Who do you think will come out on top in this one?”

Buck: “Before we let you go, can we get a Super Bowl pick?”

Bogart: “Buccaneers by 20. Back to back baby. I love that Super Bowl. So slick. Here’s lookin’ at you kid." 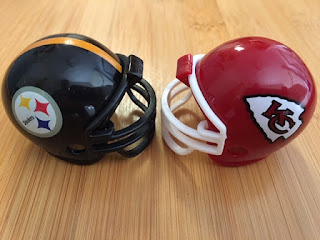 It's a rematch of Week 16 when the Chiefs beat the Steelers 36-10. Will this time around be any closer, or even the slightest bit entertaining? That's not for me to say. But one man who may have a better handle on things is Cris Collinsworth. Let's hear what he has to say:

I think Cris got a text there at some point. 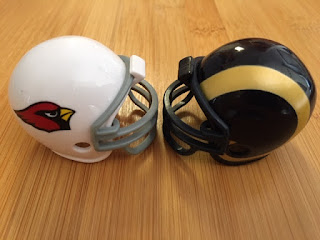 Both teams are coming off losses to end their regular season. I’m not sure either of them has what it takes to get to the Super Bowl. Then again, I’m not sure any team in the league does. But somebody has to. Or do they? Is it possible that every team loses before the Super Bowl? No. Right? Right. Then again, stranger things have happened. I can’t think of any right now, but I’m sure they have. The Cardinals have been nearly unbeatable on the road this season, and now will likely have to win three straight away from home to get to the Super Bowl. Despite their road dominance, I'm not sold on the Cardinals without DeAndre Hopkins, which is the main reason I'll go with the Rams here. Of course, it won't matter much when LA eventually loses like every other playoff team. Hey, it could happen!