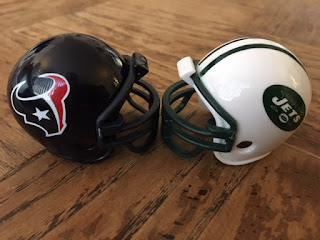 Last week the Jets found themselves with a 4th & Goal from the 1 yard line down by 3 with 1:20 remaining. They decided to eschew the game-tying field goal and go for the win, which they got after a touchdown run. It was a seemingly heroic call by Todd Bowles, but in actuality he was just abiding by a little known league rule which states that game-tying field goals can not be attempted in the last 4 minutes of games played in December between teams that are out of realistic playoff contention. It’s an important statute that spares us meaningless overtimes and gets fans home earlier, which at this point in the season is really all they’re asking for. I don’t expect the Jets to have an opportunity for a game-tying field goal late in this one, but if they do, hopefully New York will go for the touchdown, because it’s dark and the roads are starting to ice over. 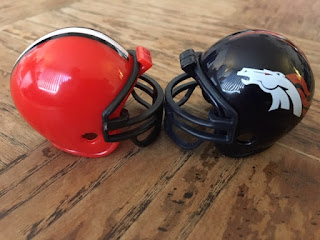 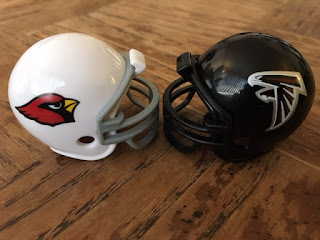 The race for the first pick in the 2019 draft is really heating up and surprisingly both of these teams find themselves in the thick of it. The Cardinals being there isn’t the surprising aspect, but the Falcons presence certainly is. At 4-9 Atlanta is only one game better than Arizona, San Francisco, and Oakland, who all share the league’s worst record at 3-10. The Falcons have lost five in a row and look to be in a downward spiral, which is especially problematic because they’re Falcons. At this point they’re probably better off losing out and trying to snag that #1 pick, but the Cardinals will be damned if they’re going to let that happen. This is an Arizona team that just put up 3 points against the Lions at home, there’s no way they’re going to let some Atlanta team a year removed from a playoff appearance just waltz in and bump them from the bottom of the standings. Nah, the Cards are going to lose hard and love every minute of it. 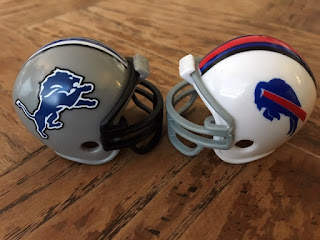 Bills quarterback Josh Allen has run for 99, 135, and 101 yards in the last three games respectively. He would be a heck of a dual-threat quarterback if only he could throw the ball. At the moment Allen is completing 52% of his passes and has thrown 9 interceptions. That may not seem like a lot, but the number becomes magnified when you consider that he’s only thrown 5TDs, the same amount he’s run for this season. Look, I get it, the guy’s a rookie. So what if he’s unpolished and uses his legs to bail himself out, can I really hold that against him at this point in his career? Certainly not. Now if he doesn’t throw for 300+ yards this week then I’m ready to write him off once and for all. Get it together kid! 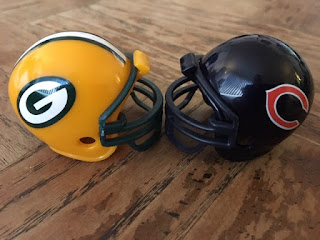 The Packers snapped a three game losing streak and are now only a game behind Minnesota for the second wild card in the NFC. Wait, what? I thought Green Bay was in full-blown disaster mode. Now they’re only a game out of the playoffs? How did his happen? Oh right, everybody in the NFC keeps losing. So it’s not so much that the Packers have climbed out of the cellar, it’s that the rest of the conference has tumbled down to the dregs with them. That doesn’t matter to Green Bay though, they just care that winning their final 3 games could very well get them into the playoffs. That’s literally all they care about. Not even climate change guys; they don’t even care about the fact that the earth will be uninhabitable soon. Nope, these Packers have an irresponsible level of tunnel vision, and sadly that acute focus won’t translate into success this Sunday. 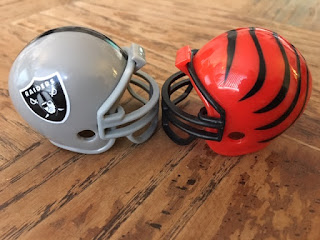 The city of Oakland has filed a lawsuit against the NFL related to the Raiders impending move to Las Vegas, leading those in the know to conclude that there’s no chance the team plays their final lame duck season in Oakland. So where will the Raiders go for 2019 before their new Vegas stadium is ready for the 2020 season? A handful of locations have been bandied about, including Santa Clara and Glendale, Arizona, but my favorite possibility is San Diego. How maddening would it be to San Diegans to have the Raiders as the “home team” in your city while the Chargers are playing in LA? Also what would they be called? You can’t call them the Oakland Raiders, and I doubt that anybody involved would want to label them the San Diego Raiders. They wouldn’t be in Las Vegas yet, so that wouldn’t make sense either. The only option left is to simply call them Raiders for the entirety of 2019. This has instantly become the most important storyline in the league. Super Bowls come and go, but a team with no location is historic. 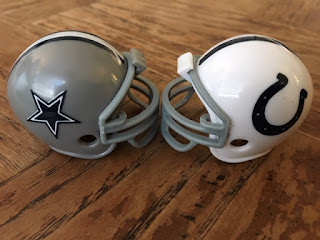 Does December 21, 2014 mean anything to you? It does to the Colts. On that day, the last time these two teams played, Dallas beat Indianapolis 42-7. Andrew Luck and the Colts have waited four long years to exact revenge, and their time has finally come. Pay no mind to the fact that only a handful of current players on either team were on their respective rosters back in 2014. That’s irrelevant, because I happen to know that the first thing you hear about when you walk into the Colts HQ in Indianapolis is that fateful loss to the Cowboys four years ago. The whole organization has had a singular focus for the last 1,454 days. This Sunday they get their redemption. And if they don’t at least they’ll have something to look forward to in 2022. 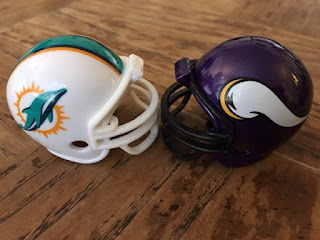 After a close viewing of the Vikings’ Monday night loss in Seattle I’m left with the troubling conclusion that Kirk Cousins is pretty lousy. Minnesota fired their offensive coordinator on Tuesday but they have to be wondering if the quarterback that they gave a guaranteed $84 million to is the real problem. They also have to be wondering, “Did I leave the stove on?” Time will tell with Cousins; as for the latter question they should call Karen and ask her if she can run home and check during her lunch hour. Sure she might be a bit perturbed. but she works closer to home and it’s better to be safe than sorry. 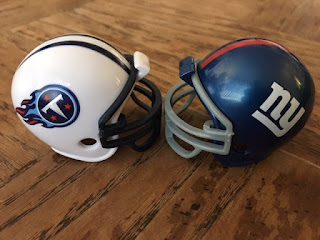 The Giants have won four of their last five leaving them with the possibility of finishing 8-8 and actually making the playoffs. Sure a lot would have to happen, but a lot had to happen just to get them to this point already. In fact, a lot had to happen to get all of us to where we are at this very moment, so let’s just take a second to appreciate the cosmic tumblers that have left us with the Giants’ postseason relevancy in Week 15 of the 2018 NFL season. 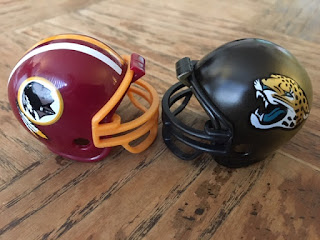 Josh Johnson vs. Cody Kessler, need I say more? Actually I probably should elaborate a bit since it’s possible that you’ve never heard of either of those people. Josh Johnson and Cody Kessler are quarterbacks in the National Football League and they are actually both going to be starting in this game. Not much is known about either man. Presumably they played in college somewhere, are most likely between the ages of 23 and 35, and are at least somewhat able-bodied. Unfortunately these two will remain shrouded in darkness because the NFL has announced that no cameras will be allowed at this game. It’s disappointing, but probably the humane decision. 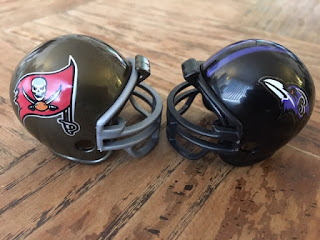 Lamar Jackson has been named the starting quarterback for the Ravens despite Joe Flacco finally being healthy enough to play. When he heard the news I’m guessing Flacco went ballistic, flipping tables, rifling footballs into lockers, cursing out staff ... Either that or he simply shrugged and went back to chilling to the max in classic FlacMan fashion. The QB decision is probably the right move for a Ravens team that can ensure a playoff spot if they win out, and could very well win the division. But don’t be surprised if at some point Jackson gets sloppy or banged up and Flacco needs to emerge from the bench to save the day. Though you also shouldn’t be surprised if he emerges from the bench and makes things worse. Either way Joe won’t be fazed, because he’s FlacMan cool. 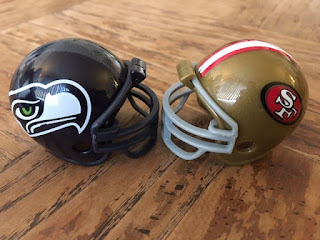 There are only two afternoon games this Sunday, and one of them is the annual circus that is Pats/Steelers, which means this contest will be played in near total anonymity. There’s a good chance that even the refs will be watching the other game on their phones, allowing the players to get away with plenty. Or better yet, since these teams played just two weeks ago the league could just air a replay of that game and see if anybody notices. The Niners may take umbrage with that plan since they lost the Week 13 match-up, but would they really be that upset? Losses are more valuable at this point to the front runner (back runner?) for the #1 pick in the draft. Is this ethical or even legal? No, but does it save time and energy? Yes. And if that’s the goal then ethics and laws should be thrown out the window. 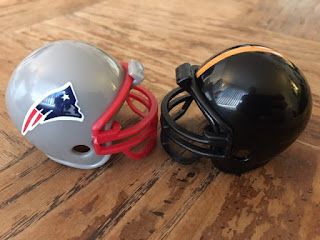 Many have second guessed Bill Belichick’s decision to put Rob Gronkowski in on defense for the final play of the game in the Patriots’ shocking loss to the Dolphins last Sunday. And I think the criticism is warranted, however, if I was Belichick I would double down this week and make Gronkowski my starting free safety. Sure he’d probably get burned repeatedly by speedier wide receivers, but the point would be proved: I didn’t make a situational mistake, I legitimately think Gronkowski gives us the best chance to win. He should take him out of the game in a Hail Mary situation though, because playing offense and defense the whole game would leave him too tired to jump. Before the season this looked like it may be a conference title game preview. Now the Eagles are struggling to stay above water in the playoff race. Let's hear what SNF analyst Cris Collinsworth has to say about this tilt:
Slightly unprofessional, but I can't blame you. 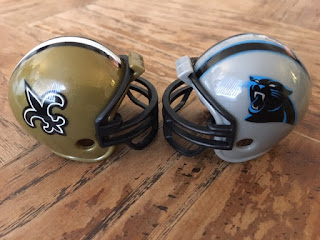 As I’m sure you know, the Panthers have lost five straight and seen their once rock-solid playoff chances fall to iffy at best. But what many aren’t pointing out is that four of those five losses were road games, and Carolina just has a hard time winning those. Really it’s sadistic of the NFL to make the Panthers play away from home so frequently when they struggle with it so greatly. Finally the league has done the compassionate thing and given Carolina a home game against the ... Saints?!? Oh c’mon that’s not fair! Although New Orleans’ offense has looked rather pedestrian the past two weeks, so there’s a chance that the Panthers’ D could stop ... ya know as I was typing it I was hearing just how ludicrous it sounded in my head so I had to stop.