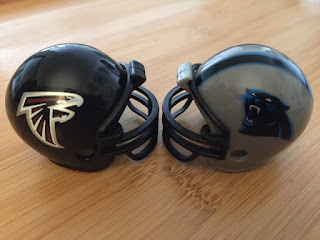 Fired Atlanta head coach Dan Quinn had to have cracked a smile as the Falcons bungled away their Week 7 game against Detroit via an inadvertent touchdown and terrible defense. But I don’t imagine him doing so out of schadenfreude. No, I think it was more that he was just glad to see that all of this turmoil hasn’t let his old team change who they are deep down inside. They can still blow games in a new and exciting fashion on any given Sunday. Now the question becomes, can they do the same on a Thursday? As I’m sure Dan Quinn would tell you, never underestimate the mangled heart of a near-champion. The Panthers have proven to be a reliably solid team so far this season. They might not be the most talented, but they maximize their potential and don’t seem to beat themselves. So in other words they’re the anti-Falcons. And when it comes to the NFL in 2020, that’s a pretty good thing to be. Though Carolina is only 3-4, so I guess it’s not that great. Look, this game probably won’t end up mattering much, but Atlanta’s involved, so it should be silly at the very least.
Panthers 31-26
Posted by Erik at 9:34 AM