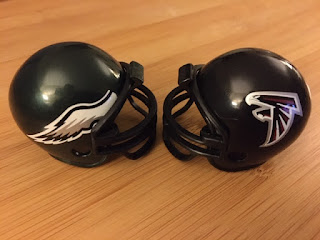 A week 1 battle of the birds?!? Yep, it certainly is. A week 1 battle of the turds?!? Perhaps. I’m not expecting either of these teams to do much better than 8-8 this season. What’s that? 17 games?!? You’re telling me some team out there is going to go 4-13? Or 10-7? No thanks. I didn’t sign up for this. Some things are too precious to disturb, and a 16 game NFL schedule is one of those. And what about the younger generation of fans who are going to see this on TV and just think a 17 game season is “normal.” Did anybody think about how warped their minds will become? This ain’t the future that Kyle Reese came back to save! 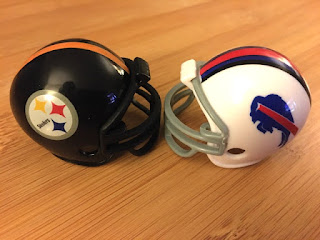 Whoa mama, we’ve got a triple P (possible playoff preview) right out of the gates! The Steelers and Bills went 12-4 and 13-3, respectively last year, and it’s quite possible that they’ll have those same exact records this season. Oh wait, no it’s not. Damn it! Maybe they’ll both be 13-4. Barf. 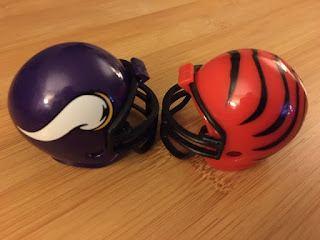 I was tempted to pick an upset in this game until I considered the fact that the Vikings have the bravest starting quarterback in the league. A man who defies science and the advice of experts because it doesn’t jibe with his beliefs. Beliefs based on what you ask? That’s personal, and shame on you for asking. 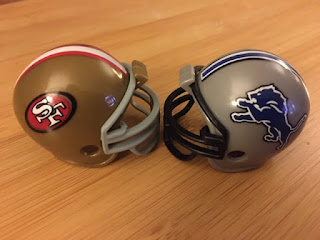 Everybody you ask will tell you to expect a bounce back year from the 49ers. And most of the time it doesn’t even matter what you’re asking them. “Can I have some extra ketchup packets?” “What’s the diagnosis?” “I need a kidney and you’re a match, would you be willing to help?” Every time the response was “Expect a bounce back year from the 49ers.” At a certain point one has no choice but to consider San Fran as a strong bounce-back candidate. If we’re still around in January we’ll see if that comes to fruition. 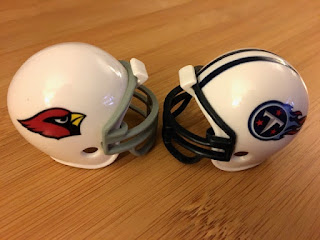 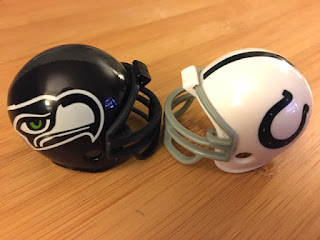 First Carson Wentz broke his foot, then he wound up on the COVID contact list. As of now he looks ready to go for Week 1, but you have to wonder, does he even want to play? Seems like he’s coming up with a lot of excuses. Look, I’m not questioning Wentz’s desire, I’m just saying don’t be surprised if he doesn’t show up on Sunday because a “masked intruder” came into his house and knocked him unconscious. The guy didn’t steal anything or do any damage to the house, I guess he just wanted to knock someone out. Weird, I know. But unquestionably what actually happened. And, in fact, if you do question that recounting you're the real monster. 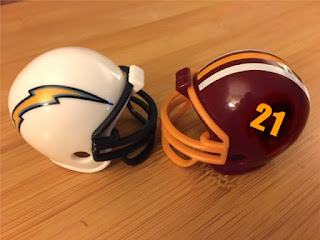 These teams finished 2020 with identical 7-9 records. One went to the playoffs while the other one missed the postseason by four games. While that’s not necessarily fair for the Chargers (the team that missed the playoffs), at least they have a dynamic young quarterback in Justin Herbert. But what if I told you that this off-season Washington picked up one of the most dynamic quarterbacks of the century? That’s right, Ryan Fitzpatrick is now the starter in Washington, which means the sky’s the limit. This team could legitimately make the playoffs this season, and not just on a technicality! That’s the goal of every franchise. 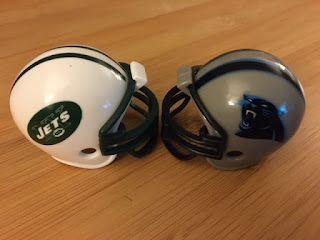 The schedule-makers wasted no time in pitting Sam Darnold against his former mates. I like to imagine that they had to shoehorn this one in too. Like it caused a lot of logistical problems down the line and made the whole process way more complicated, but the schedulers took a hard line on this and wouldn’t budge. They had to have Sam Darnold vs. the Jets in Week 1. And thank god they took that bold stance, because now we’re all treated to the revenge game of the century! You guys gonna watch it? Me either. 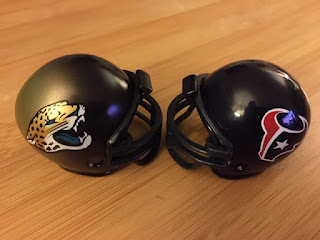 Tyrod Taylor has officially been named the starting quarterback of the Texans. That’s not surprising, it was either him or Davis Mills. They do have another quarterback on the roster, but apparently he’s become the victim of a vast conspiracy, and get this, he's the one being punished for it! Go figure. The good news for Houston is that they’re setting themselves up nicely for the #1 pick in the 2022 draft, even if that wasn’t in their original plans. But ain’t that how it goes? Plans change. Sometimes due to injury, sometimes due to despicable behavior relating to a massage fetish. 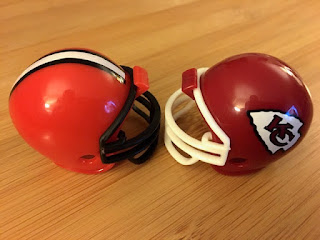 Wow, another triple P! And also a DPR (definite playoff rematch). In case you forgot, Chad Henne threw a gutsy 4th down pass for the Chiefs to clinch a divisional round victory over the Browns last season. But that’s not surprising, because when you think about Chad Henne you think about guts! And no, I’m not talking about the children’s sports game show Guts, because Chad Henne never appeared on Guts. How do I know, you ask? Because I watched every episode back when they aired, and I don’t remember anybody being named Chad. That seems unlikely now that I think about it, but not as unlikely as Chad Henne appearing on an episode of Guts. So let’s just agree to move on, yeah? 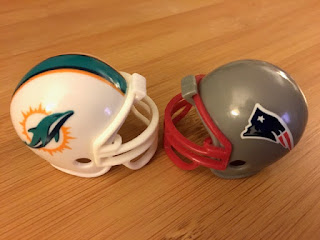 Tua Tagovailoa vs. Mac Jones, former Alabama quarterbacks forced to do battle. This hasn’t happened since last week when a bunch of drunk fans at a sports bar harassed Brodie Coyle and Greg McElroy into having a contest on the football throwing arcade game. Both of them said they’d rather just do the Pop-A-Shot, because they’re more than just football guys, and also it’s simply a better game. The football game is too hard and not really indicative of how good a quarterback is. But the crowd insisted, and neither of them did very well. I mean they were fine, but they didn’t blow anybody away. The fervor in the bar quickly died down. Croyle and McElroy shuffled back to their table. They paid full price for the rest of their drinks. 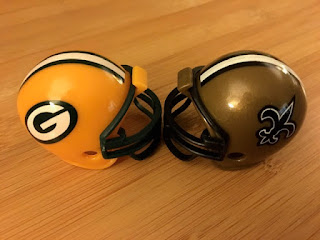 Saints fans are used to the historic accuracy of Drew Brees at quarterback. Now they’ll be treated to the steady hand of Jameis Winston, who threw 30 interceptions the last time he started a full season. Safe to say the New Orleans faithful may be flabbergasted by what they witness. They may also be confused when they look up this Sunday and realize they’re not in a dome. And hey, why does it smell like Jacksonville out here? And why does that look like the famous Jacksonville skyline in the distance? And why, when I landed at that airport yesterday did that sign say “Welcome to Jacksonville.” And why did I purchase a ticket for, then subsequently board a flight to Jacksonville? Oh right, the game got moved to Jacksonville. 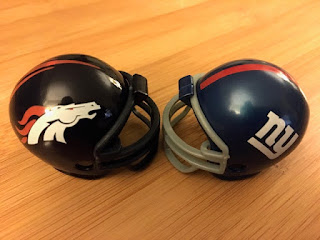 It’s Week 1’s only match-up between former Super Bowl opponents (XXI). But what are the odds that that this is a match-up between future Super Bowl opponents? Well, it’s not happening this season, so we can rule it out for the immediate future. You have to figure we’re at least 10 years away from the Giants and Jets finally cutting their losses and deciding their best chance to compete with the rest of the league is to merge into one team known as the “Giant Jets.” A lot of people thought “Jumbo Jets” made more sense, but the Giants were real sticklers about the whole thing, so they ended up with a very dumb name. But anyway, that leaves the Broncos and Giants approximately 10 more seasons to sync up Super Bowl runs. Possible? Yes. Likely? Yes. Oh whoops, that second “Yes” was supposed to be a “No.” 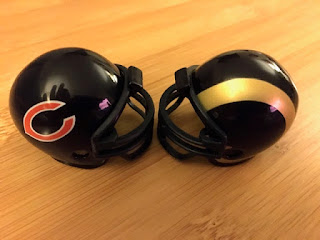 SoFi Stadium finally opens to fans on Sunday Night Football. Don't take it from me, take it from the schedule, it's right there, clear as day. But you can also take it from the analyst who'll be calling the game, Cris Collinsworth:Rams 24-13 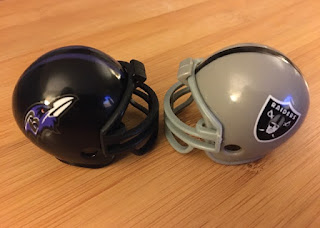 Over their last five openers the Ravens have outscored their opponents 177-26. They’ve also won 20 straight preseason games. They’re like the kid in class who’s super ready to show everybody how much cooler they got over the summer. And sometimes it works. They are cool. For most of the school year anyway, until they stumble in the playoffs. But hey, as long as you’re still looking good on picture day that’s all that matters.