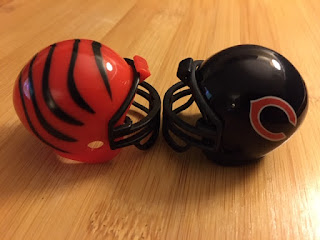 I was just thinking, with the Bengals’ primary color, the Bears’ secondary color, and Andy Dalton’s hair color, why, this game should be played in the Orange Bowl! And wait a minute, the Cincinnati Bengals versus the Chicago Bears? Let’s broadcast it on CB radio! The NFL will probably chicken out and claim it’s a “logistical and financial nightmare” to move the game to Miami and broadcast it exclusively over a medium used only by long haul truckers. Sure. NASA probably said the same thing about going to the moon. Greatness requires sacrifice. 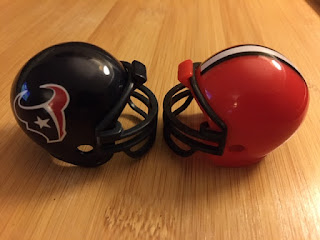 In Week 1 the Texans dominated the Jags en route to an easy win. And that will perhaps be the last time Houston can say that this season. When I was 14 I was in a competitively imbalanced parks and rec basketball league. We’d beat a team by like 20 and then be losing the next game so bad that the scoreboard would be turned off at halftime. I’m guessing my team was in the same boat as the Texans are now. Sure they pounded Jacksonville, unfortunately they still have to play 15 non-Jags games this season. Meanwhile Cleveland’s season began exactly the way the last one ended, an excruciating loss at Kansas City. Deja vu. Or rather, since we’re talking about the Browns here, deja poo. 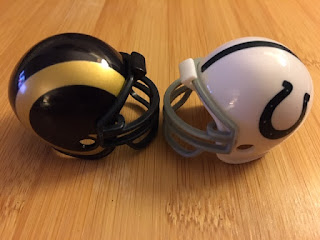 Based on comments made during the off-season, it’s likely that Carson Wentz is unvaccinated. In Week 1 he definitely wasn’t un-sackcinated. In fact, he was sacked three times and under pressure for most of the day. Now the Colts face Aaron Donald and the Rams, meaning Wentz is probably about to receive a booster shot. Though, since he is a Colt now he may want to think about using Ivermectin. 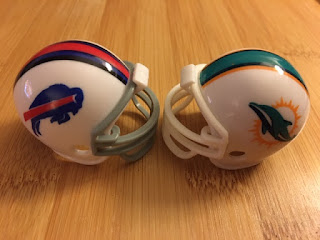 The Bills’ 23-16 opening week loss to the Steelers can mean one of two things: 1. Buffalo’s offense has taken a big step back from last season. 2. Pittsburgh has one of the best defenses in the league. 3. Some combination of 1 and 2. 4. It was only one game, so we shouldn’t leap to conclusions. 5. Cole Beasley called his own routes because he believes in an individual’s rights to chart their own course. Hold it, how many things did I say the outcome of the first game could mean? Wow, this situation is more complicated than I originally thought. 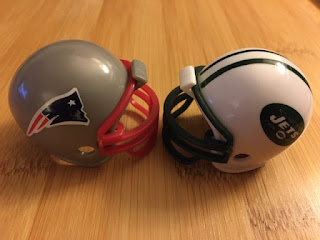 Two rookie quarterbacks looking for their first win. Mac Jones probably has the better shot here considering the team around him looks better and the Patriots have beaten the Jets 10 straight times (18 of the last 20). The past and present are on Jones’s side, but will the future be? Future as in this Sunday? Yes. Future as in the next 10 years? I’m not ready to make a definitive statement after only seeing one game from him and Zach Wilson. Ask me again next week. 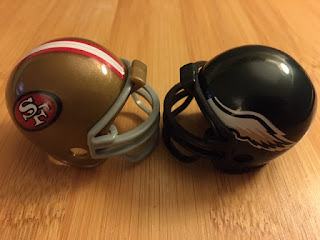 These teams each went on the road in Week 1 and played 7 quarters of dominant football. It would have been 8, but the Niners took their foot off the gas in the fourth quarter against Detroit. They then fell asleep at the wheel and woke up just as they were about to drive off a cliff. Luckily they were able to veer away from that ... only to slam into a deer and damage their engine. Eventually they managed to putter into their driveway and call a mechanic, but yeesh, it was a harrowing drive. What’s that? What happened to the deer? Oh, it uh, it lived. 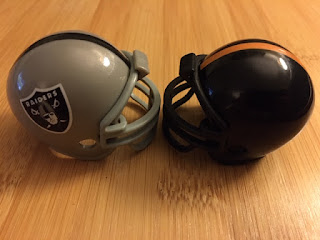 On Monday the Raiders avoided a total collapse in overtime that had the potential to be a season-defining loss. Instead, they won, and now have all season to achieve that season-defining loss. Will it be this week? No. Don’t get me wrong, I think they’ll lose, it just won’t be that devastating. 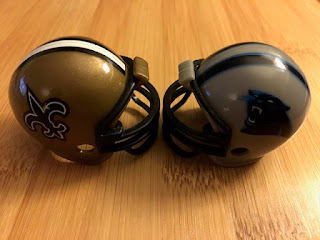 The post-Drew Brees era in New Orleans is a roaring success so far. But that’s not necessarily surprising. Since 2019 the Saints are 9-1 in games where someone other than Brees starts at quarterback. Sure they’re 17-6 with Brees, and that’s still pretty good. But it ain’t 9-1 baby! Meanwhile, Sam Darnold is now 1-0 as a Panthers starter. Technically that’s a better win percentage than 9-1, but come on, who are we kidding, Sam Darnold is no Jameis Winston. Is that a compliment? Not sure. I started writing it before I knew what it meant. 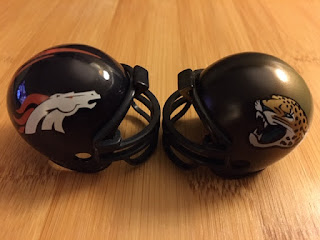 Any NFL maven will tell you that starting the season with consecutive road games is never easy. But those mavens should take a long look at the Broncos’ schedule and reevaluate. After handling the Giants in New Jersey, they now travel to Jacksonville to go up against a Jags team that was dominated by the Texans. That’s a pretty easy path to 2-0 for Denver. But hey, you can’t blame them, they don’t make the schedule. Or do they? That would explain a lot ... I think we may have stumbled onto a conspiracy, and there’s no telling how high it goes. A mile high? Stop it! This is no time for jokes! 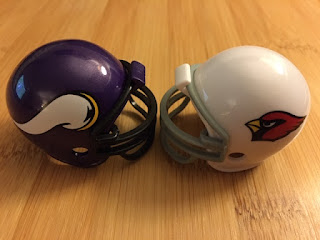 After their win over Tennessee last week, Arizona now takes on Minnesota with hopes of winning the State Title. That’s right, it’s not just for high school football anymore! There are three teams in the NFL who use a state as their location, and if the Cardinals beat the Vikings on Sunday they’ve conquered the other two such squads. And man, if they win State, they’ll have their pick of prom dates. And yeah they’re gonna be needing the car all night. Hand over the keys old man! Don’t make this get physical. 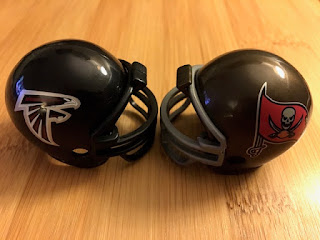 The Falcons came out strong in Week 1 and made their case for being the worst team in the league with a 26 point loss to the Eagles. Now they face the defending Super Bowl champions. I don’t like Atlanta’s chances. But hey, you know what Matt Ryan always says, “Never tell me the chances!” He’s trying to quote Han Solo, but he doesn’t realize that the actual line is “Never tell me the odds.” Nobody’s bothered to point it out to him yet though. It’s that lack of transparency and communication within the Falcons’ building that is dooming the franchise. 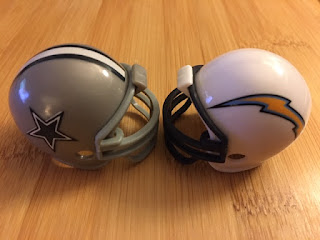 The main question going into this game: will the percentage of Cowboys fans in the crowd be higher than a Dallas home game? I’d say at an average Cowboys home game 70% of the crowd is rooting for the home team. At this one in LA, it’ll probably be 95% Dallas fans. Ok fine, maybe not that high. But certainly 92-93%. The Chargers may be the only team in the league that would describe the return of fans to their stadium as “demoralizing.” Whether or not they can overcome that may be the deciding factor in this game. 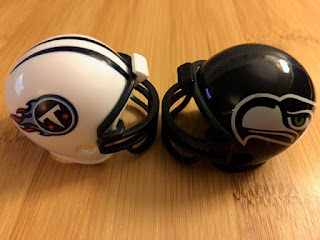 Bad news for the Titans: they were blown out at home in Week 1. Good news for the Titans: the only team to win in their division was the Texans, so the AFC South title is still within reach. Especially with that extra game this season. But the real storyline that everybody’s talking about going into this game is, of course, whether or not the crowd noise in Seattle will be reduced by the Lumen Field mask requirement. Maybe. But it will no doubt be louder than that crowd I heard on the game broadcasts last season. Those people were weak as hell. They’d always cheer like two seconds after things happened too. Not sure what their deal was, but clearly they didn’t have a high football IQ. 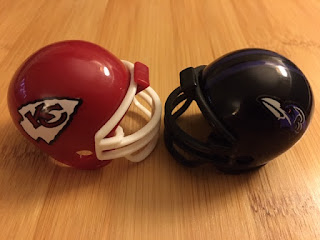 Two MVP quarterbacks go head to head in what promises to be an entertaining Sunday Night tilt. Sorry, I was just practicing my TV info prose. Enough of that garbanzo, let's hear from Cris Collinsworth:

I'm thoroughly confused and craving stew, the sign of any good NFL analysis. 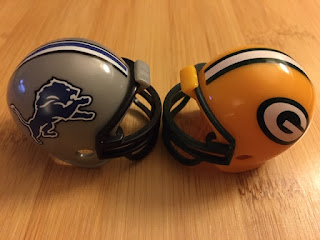