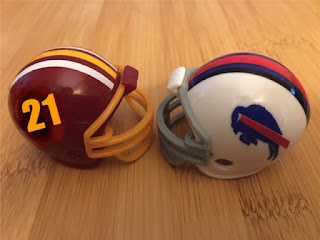 Is it possible to beat a team 35-0 and still be underwhelming? The Bills may have accomplished just that last week. Suffice it to say, the Buffalo offense has not been as impressive as we thought it would be. At the same time, the Washington defense doesn’t seem to be as good as we thought it was either. So get hyped for a clash of two disappointing teams! Maybe all of their parents will show up to the game and just slowly shake their heads. 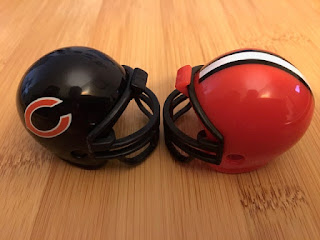 Andy Dalton tweaked his knee in Sunday’s win over the Bengals, but apparently he avoided an ACL tear. I’m sure most Bears fans wouldn’t wish serious injury upon anyone, but if you asked them to honestly say if they’d prefer that Dalton blew out his knee, at least half of them would say yes. And if you let it be anonymous that number would climb to 98%. Bears management has said that if he’s healthy Dalton will still be the starter. Maybe that 98% of Bears fans can contribute to a Go Fund Me account and buy Dalton a new stereo or something to convince him to sit out. We’re talking a real top of the line sound system. I think Dalton would be on board. But he’s not just going to take a seat for nothing, he’s gonna need that new stereo. 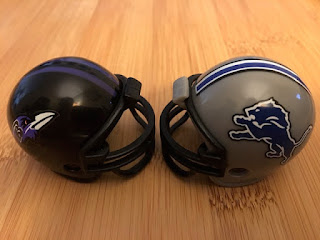 It’s been a rough opening to the season for the Lions. First the Niners, then the Packers, now the Ravens. I’m not loving Detroit’s chances at avoiding an 0-3 start. Speaking of not loving chances, 0-3 would give the Lions about 3% odds of getting to the postseason, based on historical data. But that historical data is exactly that, history! None of it means squat in a 17 game season. We’re in uncharted waters, anything is possible! So Detroit fans, if your team loses again this week don’t despair, they still have a maybe better than 3% chance to make the playoffs. 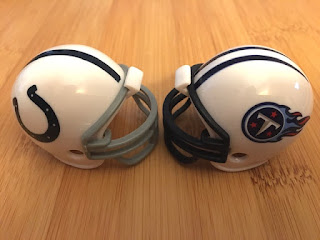 Carson Wentz seems to be exactly who we thought he was. The Colts traded for an inconsistent, injury-prone quarterback. So far he’s been inconsistent and injury-prone. Thus, Indy has no one to blame but themselves for their 0-2 start. Though, they could blame their fans if they wanted to. The Colts went 6-2 at home last season with greatly reduced attendance. Now, with full capacity allowed at Lucas Oil Stadium, they’re already 0-2 in 2021. Clearly all those fans have made them self-conscious. And who can’t sympathize with that? I think we’d all feel more comfortable singing in the shower than in front of 60,000 people. Unless of course you’re Lady Gaga reading this right now. But you’re not, are you? Wait, are you? Holy shit, what?!? 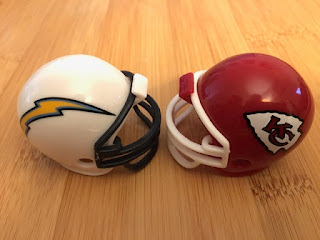 The final scores in the Chargers games this season have been 20-16 and 20-17. Uh what’s going on here? Those scores are normal as hell. These aren’t the Chargers we know. Is it possible that the Chiefs have stolen LA’s kooky energy? KC’s first two games have had finals of 33-29 and 36-35. That’s the kind of zaniness we need from the Chargers. Maybe meeting up with the Chiefs will rekindle that spark for Herbert and the gang. Like reuniting with an old flame. Sure their relationship was toxic, but damn it, they’ve never felt so alive! So basically what I’m saying is that all the players will start making out hard sometime late in the first quarter. Of course, they’ll get mad at each other and split up at halftime, but by the fourth quarter, look out. CBS probably will probably have to cut the feed. 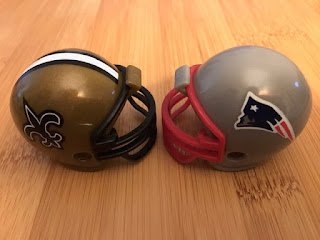 The Saints debuted with a bang, then followed that up with a bung. No team looked quite as different between weeks 1 and 2 as New Orleans. But that’s life baby. One week you’re dominating the Packers, the next you’re getting stomped by the Panthers. Then the next week you have to play the ... Patriots. What the ... what’s going on here? Why does every team the Paints play part with a P? Ahhhhhh!!!! They’ve gotten to me too! Pave yourpelf! 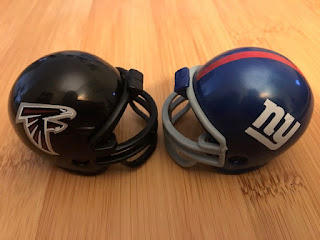 The loser of this game will be 0-3, and likely not a playoff contender. The winner of this game will be 1-2 and likely not a playoff contender. It’s a shame too, because I’ve been dying to see these squads square off in the postseason ever since the last time they met in the Wild Card round back in January of 2012. I won’t lie, I don’t remember a ton about that game, but I know what the final score was: 24-2. Perhaps the most hilarious playoff final score of my lifetime (if we were to include regular season and college the title would go to Iowa’s 6-4 win over Penn St. in 2004). I can only imagine what type of Scorigami magic the Falcons and Giants would conjure up if they were to ever go head to head in the postseason again. Alas, we’ll have to settle for this regular season tilt, and what will likely be a basic ass score. Something like ... 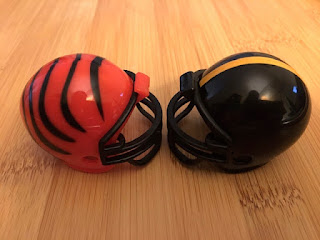 Every team in the AFC North is an identical 1-1. We haven’t seen that sort of parity in any division in any sport since the Karl Marx’s Soccer Super Association in Russia. Of course, in that league each team was guaranteed a win and loss in every game. Speaking of spreading the wealth, Joe Burrow passed to his team and the Bears last week, throwing interceptions on three straight passes. He’s truly the embodiment of the AFC North in 2021, one for you, one for me. Whichever team loses this Sunday shouldn’t fret too much, since they’ll obviously win next week. As for the winning team, I got bad news for you guys; might as well pack it in for Week 4 and save your gameplan for another day. 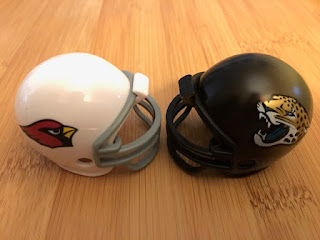 Are the Jags good? No. But are they a football team? Technically yes. Thus, they will continue to participate in the NFL week after week until they’re deemed otherwise. The Cardinals will gladly get a game in against Jacksonville while they still can. Arizona seems a good bet to get to 3-0 for the first time since 2015. Hmm, thought maybe it would have been longer than that. Not a very interesting fact now. In fact, they did it in 2014 too. At this point it would be more interesting if they didn't get to 3-0. Who’s with me?!? Come on everybody, let’s goooo ... Oh right they’re playing the Jags. Forgot that part. Ok, 3-0 it is. 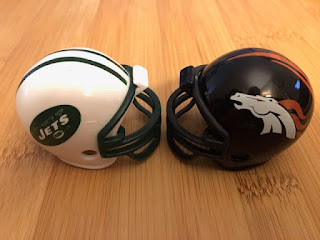 The Broncos will likely win this game to get to 3-0, and we still won’t know if they’re any good. They’ve had a very soft schedule so far, but it’s bound to get tougher from here. Let’s take a look at their Week 4 opponent ... the 2017 Browns?!? How is that even possible? Who do they have after that, that Lions team that also went winless? Wouldn't that be something? Let me check ... Yes! That's exactly who it is, the ‘08 Lions. What the hell is happening here? Ok come on, who are they playing in Week 6? The 1944 Packers ... Huh ... Well I guess that team did win the NFL title. But also the whole league was 180 pound white guys. Man, Denver's gonna be 6-0! 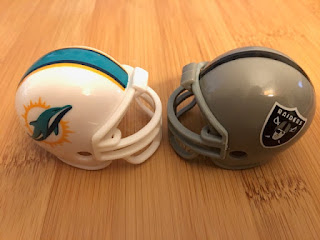 The Raiders are one of only two undefeated teams in the AFC. One might be tempted to call that a fluke, but they’ve beat the Ravens and Steelers, so it’s not as if these have been cheap victories. Now their opponent is an offensively challenged Dolphins squad without their starting quarterback. Yet strangely this may be the game where we learn the most about the Raiders. Can Vegas go out and win a game when they’re supposed to? Or will the pressure of expectations squeeze their bodies into gnarled hunks, like a biscuit made from leftover batter? Oh you know, when there’s not enough to make a full circle, so you just plop down whatever’s left onto the baking sheet. Actually, maybe that’s a better analogy for the Dolphins right now. 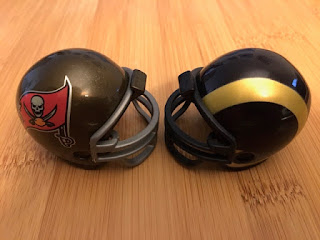 Before the season a lot of people had this as their NFC title game match-up. But not me, because I didn’t actually make preseason playoff picks this season. I’m just going to wait until January, write up a fake post, and then screenshot it so I can pretend I totally nailed it. I’m convinced that’s what Tom Brady did to all of us. He just paid some top-notch editors to splice together games from the past and that was the Super Bowl that we all watched in February. That’s more believable to me than Brady showing up in Tampa and immediately winning another title. 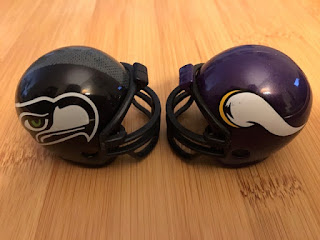 Last Sunday Vikings kicker Greg Joseph missed a PAT and a 37 yard FG, and his team lost by 1. You hate to blame a loss solely on a kicker. Which is a weird thing about you. Personally, I don’t have any problem with that, so I blame Joseph for that loss. What I don’t think you’re taking into account is that a field goal is worth 3 points, so if he had made that last-second attempt it would have put his team up by 2 with no time left on the clock. See what I’m saying? I don’t know, it makes sense to me. Joseph will have to turn things around quick, because if there’s one thing the Vikings organization doesn’t tolerate it’s kickers blowing games. 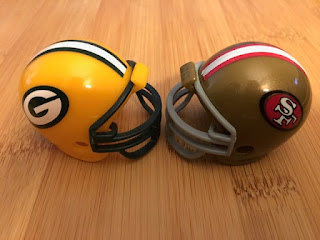 Let's not waste any time talking like idiots, when we could be hearing from the best color commentator in the game, Cris Collinsworth. Take it away CriColl:

Uh oh. Seems like he accidentally hit post instead of delete. Should we tell him, or ... We have to just leave it, right? Can't get involved. We're like National Geographic camera men. 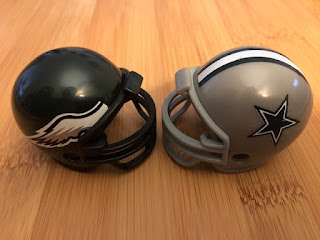 With only 3.9 yards per carry over the first two games, I think it’s fair to wonder, is Ezekiel Elliott any good? Sure, maybe two games is too small of a sample size to leap to any conclusions. Would 15 games be big enough for you? That’s how many he played in last season, when he averaged 4.0 yards per carry. The writing is on the wall folks, this guy stinks! Anybody who took him in their fantasy draft is an idiot. Especially if they’re now writing an overly harsh blog post in the hopes that Elliott will read it and use it as motivation. Not gonna happen pal! Give it up, ya made a dumb pick and you dress like an asshole. Wait what the hell? Oh now he’s going to act all confused like it’s not just him writing this whole thing. Typical.