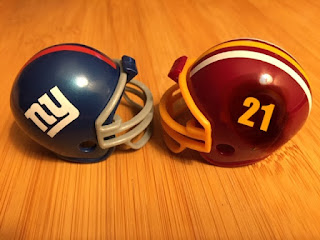 The Giants haven’t had a winning record at any point during a season since 2017. With their loss in the opener they blew their best chance to snap that streak. Now they’re facing an uphill battle that at some point would require consecutive victories to get above .500. That might be too much to ask from these poor bastards. Yes it certainly seems to be raining shit on the Giants. And to make matters worse, this week they have to play in a stadium where it literally rained shit last Sunday.