At this point the Londoners are probably getting tired of the NFL, right? It's like having a friend crash at your place and it's totally cool at first, but by the following afternoon you're ready for him to leave. Then if he's still around for a third day you just stop talking to him altogether in hopes that he'll get the hint. At this point the folks in London are sitting with their arms folded just staring at us. Don't worry, we'll leave soon ... but could you spare a couple hundred bucks? We need to buy plane tickets and we kind of blew all of our cash on shepherd's pie and Boddington's. As for what might happen in this game, the Lions have a new offensive coordinator named Jim Bob Cooter. Nothing more needs to be said.

Last week Tampa blew a 24-0 lead to Washington, which was a franchise record comeback for the 'Skins. In 2013 Tampa relinquished a 21-0 lead to Seattle, also a franchise record for the Hawks. The Buccaneers are like a benevolent traveler in the vain of Scott Bakula in Quantum Leap or David Carradine in Kung Fu. They wander from city to city helping teams reach new levels of confidence by allowing them to overcome insurmountable odds, galvanizing the group and propelling them to further success for the remainder of their seasons. The game (episode) always ends with Tampa slipping away into a crowd after the game while the other team celebrates; they make eye contact one last time as the other team mouths "Thank you." Tampa merely nods once and moves on to its next destination, wherever that may be. Of course, Atlanta, having successfully come back in the fourth quarter in four of their six wins, is the perfect team to face the Bucs. No lead will be safe, and men will be inspired.

Cardinals' running back Chris Johnson has experienced a career renaissance this season. He's shown flashes of his old self and currently has the second most rushing yards in the league. Of course, it does help a bit when you're gifted an extra 57 yards by the refs incorrectly allowing a play to continue as Johnson was on Monday. In fact, without those bogus yards, Johnson would be fifth in the league in rushing, which is still pretty ... TERRIBLE. Renaissance my ass! This is an enlightenment at best. Call me when you're leading the league buddy, then we can talk renaissance. Arizona is playing an early road game after a Monday nighter, which could make them vulnerable. But after watching the Browns do nothing last week against a Rams defense that the Cards' is on par with, I'm forced to take Arizona.

Colin Kaepernick seems to really be losing it. 'It' meaning his mind, not his talent. The main indicator to me isn't his skittish play on the field, it's the fact that he's ceased to care about personal grooming. For a guy who used to take his look very seriously it's pretty telling that he's now gone into full Summer of George mode. I'm not sure there's any coming back from this. Don't be surprised to see Kaepernick working at Kruger Industrial Smoothing before too long.

Jason Pierre-Paul has officially returned to the Giants following his fireworks mishap in the offseason that took 1.3 of his fingers. With that in mind, the main question going into this game has to be: will the Saints use pyrotechnics at the SuperDome? It may be in poor taste, but it would almost certainly get into JPP's head, if for no other reason than that it's clear that the guy loves fireworks. A pregame display may leave him distracted for the rest of the day. Sure, he might not even be playing this Sunday, but I'm guessing that the awkward energy that situation will create on the sideline will be enough to help New Orleans move, all of a sudden, to 4-4.

(Please read the following out loud in a spooky, yet effeminate voice no matter where you are) Surely there's no match-up more befitting the week of All Hallow's Eve than this one between teams once known as the Purple People Eaters and the Monsters of the Midway! One can only hazard a guess as to what spooktacular mayhem may occur. Perhaps Teddy Bridgeslaughter will murder Chicago while Stefon Diggs their graves. But I have a premonition that Matt Gore-slay and Alshaunt Jeffery will have more tricks than treats in store for the Vikings. Muwwahhaha! (If you liked those terrible Halloween name puns, or hated them, or hated how much you liked them, head over to twitter, I'll be tweeting more over the weekend from the handle @erikandersen_ Feel free to join in using #NFLoween)

It's no secret that the Ravens have had a rough start to the 2015 season, with their current record sitting at 1-6. But what you may not know if you haven't looked at their schedule is that the Ravens have only played two of their first seven games at home. As of about 9:45am PT this Sunday there will have been more NFL games played in London than in Baltimore this season. This cannot be the future! Luckily for the Ravens their next three games are all at home; unluckily for the Ravens they might have to go 9-0 the rest of the way to make the playoffs. So take solace gang, your season can probably no longer be salvaged, but at least you'll get some valuable preparation for the offseason by spending the next month at home.

It must be tough to be Andy Dalton right now. Sure, you're having a career year and your team is 6-0, but none of it is going to matter unless you finally win a playoff game. It's like having to re-take a class over and over again because every year you fail the final that's 70% of the grade. But on the bright side, you get to keep scoping the fly honeys on campus and be the totally chill older guy who comes to class in a Hawaiian shirt and shades that everyone looks up to and no one ridicules behind his back. So Andy, just sit back, kick your feet up, put your hands behind your head, and cruise through to January, because that's when the real work starts. As for this week, Roethlisberger should be back, so Pittsburgh has a solid chance to give the Bengals their first loss of the season. 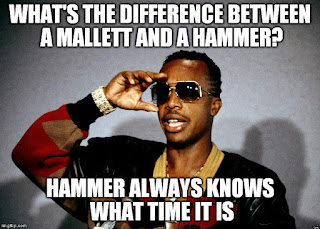 As you probably know Ryan Mallett has been cut by the Texans for missing the team's flight to last week's game Miami, his second instance of tardiness this season. Brace yourself ... This was alarming behavior from Mallett. If you look at Mallett's TD/INT ratio it's apparent that dealing with traffic has never been his strong suit. It's a shame that he couldn't hang around for another week, because nobody would have benefited more from the extra hour this Saturday night. If Mallett ever makes it back onto an NFL field opposing defenses should beware of him utilizing the fake spike, because clearly he doesn't believe in clocking it. Maybe you think it's time for me to stop, and if you do think that then you're definitely not Ryan Mallett, because he has no concept of time.

This game is being held in Oakland one day after Halloween, which means that a good 50-60% of the Black Hole patrons will show up with untreated, still bleeding wounds from the preceding night of debauchery. The Jets should be able to control the clock with long, sustained drives, accelerating the aforementioned fans' blood loss while they repeatedly scream for their defense. This will take the hometown crowd literally out of the game by halftime, because most of them will be unconscious. It's a sound formula for a win.

This may be the most important game of the year for Russell Wilson, and I'm not even talking about the fact that a win would get the Seahawks back to .500 before their bye week. The real reason this one matters so much for him is that Seattle is facing Greg Hardy and the Cowboys. As you may know, Wilson launched the Pass the Peace campaign last year to support victims of domestic violence. As you may also know, Greg Hardy launched a personal campaign last year in support of domestic violence. And don't think that Hardy was just some celebrity figurehead of this organization, he was extremely hands-on in his efforts. Taking that into account, along with his recent on-field outbursts, including physical contact with teammates and coaches, it's clear that Hardy let's his anger get the better of him. If Russ can Pass the Peace to Hardy, and in turn, get him to pass it to others, it will truly be his greatest success. Of course, if that doesn't seem to be working out come Sunday he could also just pass the ball directly into Greg Hardy's testicles repeatedly, because, in case you haven't gathered it yet, Greg Hardy is a gigantic piece of shit.

Let's all take a trip to KnowledgeTown, located at the corner of Insight Blvd. and Analysis Dr., and visit again with our esteemed guest Mr. Cris Collinsworth:


Hmm, I'm not totally sure what you're referring to CriColl. If I recall correctly I played your audio clip in its entirety last week. But now that you've made your feelings known, rather forcefully I might add, I will gladly use a new picture to accompany your audio clips starting next week. All you had to do was ask sir!

It's time to face facts, the Colts have been downright lousy this season. The offense has looked mostly disjointed and Andrew Luck is only 1-4 in his starts. To make matters worse they're headed to Carolina to play the 6-0 Panthers on Monday night. Yes, all signs point to a Panthers win. But I don't adhere to what signs say. Any signs. It's led to numerous traffic violations resulting in a barrage of tickets and fines, so maybe it would be wise to start obeying at least some signs. I'll start right after this game.