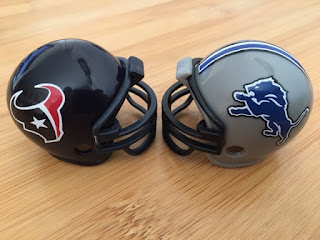 Ah yes, it’s that time of year when America checks in with the Lions and confirms that, yep they’re lousy again. The Lions are like America’s deadbeat uncle, we only see them on Thanksgiving, it’s usually uncomfortable, and by the end of it we’re just as disappointed in them as we ever were. Also, someone is going to have to give the Lions a ride home because they had way too much to drink. Come to think of it their car isn’t even in the driveway. How did they get here? I happen to know they were in Charlotte last week, when they managed to score 0 points against the Panthers. To be fair, Carolina had just come off a five game losing streak in which they’d surrendered 31 points per game, so their D was due for a shutout. The Texans, Detroit’s Thanksgiving opponent in case you skipped the header of this blurb, have given up 27 points per game this season, so the Lions will be lucky to make it out of this one with anything on the scoreboard. They’ll also be lucky to receive an invitation to Thanksgiving next year. Look, I know they’re contractually locked into it, and they’re family, but at some point we have to draw the line. It’s not healthy for anybody, including them, if we keep enabling them like this. Now, let’s kindly ask them to leave for the evening ... aw man, they’re passed out in the closet. 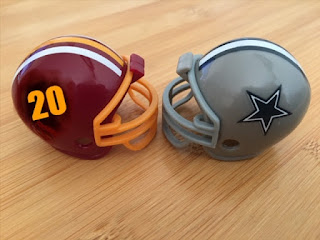 How many gruesome leg injuries will Alex Smith be forced to watch this season? He was thrust into action when his teammate Kyle Allen suffered a dislocated ankle, and last week he witnessed Bengals QB Joe Burrow’s ACL and MCL be torn in brutal fashion. Now he has to play on Thanksgiving, a day famous for snapping wishbones! Will he even want to play well enough to be presented with a postgame turkey leg from Fox? We need to stop reminding this man of his own fragility. Though, to answer that earlier question, there is real incentive for Smith to play well considering that 1st place in the NFC East is on the line. It may just be temporary, depending on Sunday and Monday’s results, but the fact remains that come Thursday evening, one of these teams will be atop the NFC East with a record of 4-7. Unless, of course, they tie, which would truly be a heartwarming, magnanimous gesture on a holiday based around togetherness and sharing. It’s also a day of gluttony though, so really these teams should try to take everything they can get. But please let’s just leave Alex Smith’s leg off the menu.