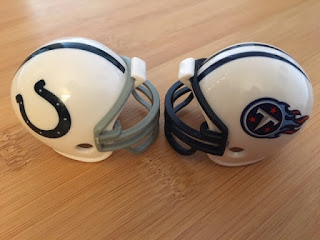 By now you’ve probably seen the clip of Philip Rivers feebly attempting to thwart a pick six in the Colts’ Week 9 loss to the Ravens. And if you haven’t, well here it is, and it’s hilarious. But while we all have a good chuckle, there’s one man who’s not laughing right now, and that’s Philip Rivers. Actually there are two men who aren’t laughing right now. The other one is this guy Todd who leaves a comment on every one of my posts to tell me that it wasn’t funny. So why do you keep reading them Todd?!? Just leave me alone! Jeez, I think I know how Rivers feels. From what I hear, Phil is making sure he isn’t subject to such ridicule in the future. During practice this week he’s been taking reps with the linebackers to improve his tackling ability. Unfortunately it has not gone well. Rivers has been steamrolled by every one of the Colts running backs, and a few members of the staff. Not coaches though, like equipment managers. Apparently it’s mostly been like that montage from Rudy where Rudy just keeps getting totaled. Of course, Phil should probably just stick to QB work considering first place in the AFC South is on the line here, but Rivers is nothing if not a realist. He knows he’ll throw a horrible interception again, he’s just trying to make sure he’s ready to ensure it’s not a pick six this time. Now, is any of that story true? No, it’s just a goof, deal with it Todd! Gahh, Stop ragging on me Todd! Todd!