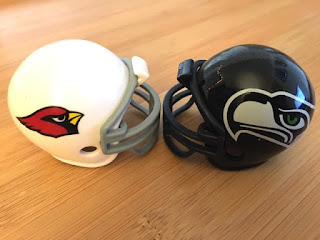 After the Cardinals beat the Seahawks in Week 7 much was made of the fact that Seattle didn’t register one official hit on Kyler Murray. That seems like defensive futility, but as far as I’m concerned it’s just being polite. The Cardinals we’re hosting the Seahawks that week. It’s simply poor form to be invited to someone’s house and then hit them repeatedly. Now, if you welcome someone into your home, feel free to wail on them without mercy. That’s my own personal policy. It arose out of a situation in which I suspected a guest of being a Dracula and eventually grew to encompass any and all visitors. Unfortunately, due to the current pandemic, no outsiders have been in my home for months. It’s just me and my wrestling buddies in here. And let’s just say, my record is pretty good. Not undefeated, I won’t lie. I’ve taken them lightly some days and paid the price. But I still come out on top quite regularly. Speaking of, did you know that Seattle hasn’t lost on a Thursday since 2012? 8 wins in a row. That’s a record that I haven’t bothered to verify. Knowing that, it probably won’t matter if the Seahawks employ my visitors policy. Couldn’t hurt though.
Seahawks 31-26