An NFL season is a tumbling mass of combustible elements randomly crashing into each other and hurdling toward catastrophe for all but one team. Every year things happen that nobody could have predicted, things we couldn't possibly have seen coming. Or so you thought. I have seen these things, and I shall present them to you retroactively once the season is over. You're simply not ready for them right now. But I will give you a taste of what's to come.  Here are 9 seemingly outrageous events that will occur during the 2016 NFL season. Hear me now and believe me later ...

-With injuries running rampant (Teddy Bridgewater) the league will finally decide to use a Prestige style cloning system to replace fallen stars. Aaron Rodgers broke a thumb? Stick him in a water tank and bring in his duplicate. Look, if Tesla figured this technology out 100+ years ago there's no reason we shouldn't be using it now.

-The Rams will go 7-9 again. This might not seem like a surprise but Jeff Fisher swears it's not going to fucking happen ok?!?

-Tom Brady will be suspended for the first four games ... in a cage above the field. If you read through the fine print on the terms of his suspension, which Tom clearly didn't, you'll see it there.

-Eric Dickerson's record will be broken. Not his rushing record, but his cherished copy of Frampton Comes Alive. It will be shattered in a dusting accident. Strangely enough it will be by Adrian Peterson.

-The Browns will go undefeated, but also winless. 16 ties. Umm, I might have to rethink this one.

-The league will be 100% concussion free, except for Ben Roethlisberger, who will suffer 22 throughout the season. Seven will come on one Sunday when he's being transported off the field and repeatedly falls off the stretcher and gets slammed into doors in a troubling, yet highly comedic fashion.

-Due to a scheduling quirk the Packers next away game after Week 2 is in Week 8. This will allow the players to spend 40 straight days in Wisconsin, which will be the most in a row for many of them. As a result a majority of the squad will develop cabin fever by the time that last game rolls around, leading to a lot of 1,000 yard stares, maniacal running, and a fear of human contact that will prove costly in a 98-0 loss to the Bears.

-By midseason Peyton Manning will get the itch to play again and convince Eli to swap places with him for a game. Despite the elder brother's belief that he's executing a cunning ruse it will be obvious to everyone watching that he's not Eli. He'll be outed immediately as he steps on the field and escorted out of the stadium shortly thereafter. It will be a pitiful scene and a stark reminder of the career mortality of even the most accomplished professional athletes. Inevitably the young men we cheer for today will eventually be confronted by the second halves of their lives with no goal line to run toward. Also, someone will dump a beer on Peyton's head when he's walking back through the tunnel, so that'll be pretty funny.

These claims might all seem outlandish to you now, but did you think the Panthers would go 15-1 last season? Exaclty, so let's not rush to judgement just yet.

But now, without further delay, let's take a look at the 2016 standings according to me. This time around with visual aides! (Playoff teams in ITALICS) 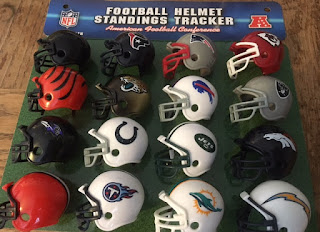 As you can see, I'm on the Raiders bandwagon with everyone else, but I'm also cruising along on the Jags-mobile, which you might assume is a Jaguar car, but it's actually far from it. Jacksonville makes the playoffs with the help of a tie between two of their divisional foes. Elsewhere, the Patriots manage an 11-5 record even with the aforementioned Brady suspension. But they'll have to crawl their way out of the Wild Card round due to some tiebreakers that I'm just assuming will work against them because "the NFL hates the Patriots!" - Every New Englander. 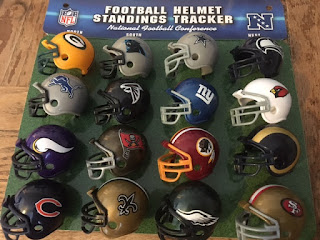 Looks like the Hawks will cruise again. The Cowboys will keep their head above water until Romo returns and leads them to the NFC East title in a limp division. The Jim Bob Cooter experience in Detroit continues to be fruitful, and after a late season surge in 2015, the Lions get back to the playoffs in '16. 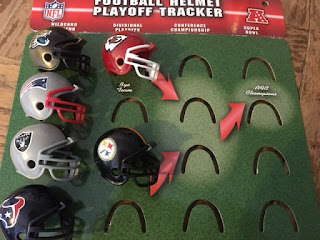 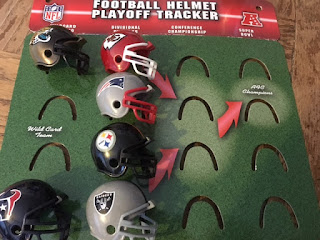 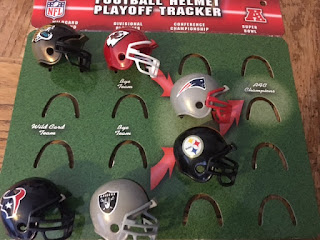 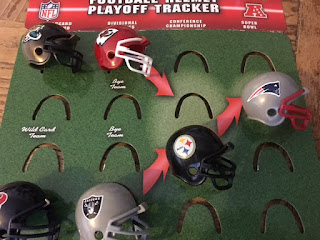 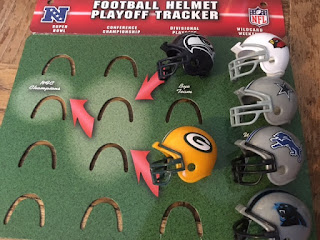 Dallas over Arizona
Carolina over Detroit 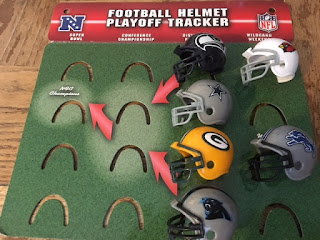 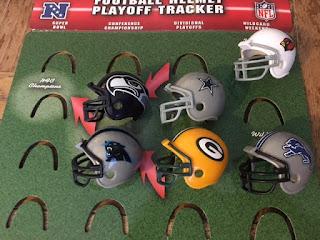 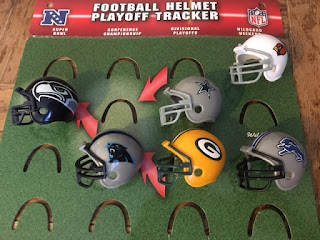 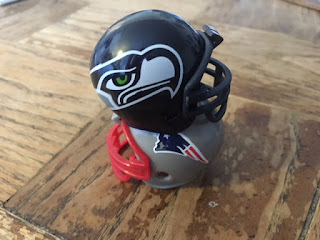 See ya next week with the return of the picks!
And if you'd like to pick along join this Pro Pick'em league on yahoo:
League ID: 27697
Password: picks