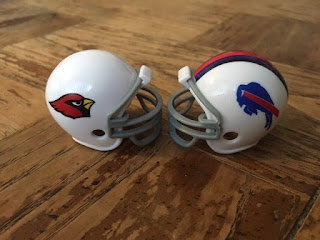 Oh, you're back? I just assumed that after another week of middling accuracy you'd have given up on these picks. And I'm not sure if I'd blame you. Then again, I don't blame myself either. It's the teams' fault! Nobody's good. For every flash of brilliance a given team has displayed they've had just as many perplexing let downs. And I have reservations regarding even the most solid teams, be it injuries, suspensions, or a table for 2 (but seriously folks). So the fact that I've struggled to stay above .500 makes me just about even with most of the bipolar squads in this league. Of course, some teams have just looked downright awful. The Bills fit that ... bill, which makes this a relatively easy pick.
Cardinals 34-16 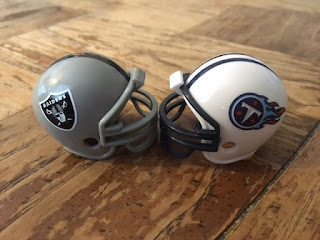 The Raiders have given up 69 points over their first two games. Their defense can't decide if they're upside down or right side up, and they've been sucking non-stop. Something will have to change for the Raiders, a statement that has been among the NFL's most ubiquitous over the past 13 years, however the expectations that are attached to Oakland this season lend some weight to their current situation. And the last thing this defense needs is extra weight, especially with that point total.
Raiders 26-23 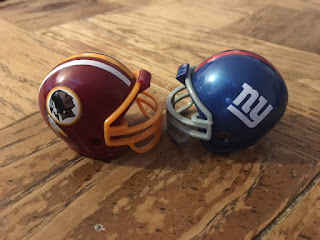 The Giants are one of only three NFC teams to start 2-0. What?!? Well, they played at Dallas, against a rookie QB starting his first game in a stadium where the Cowboys only win half the time even when they're good. Then they conquered the Saints, who I'm convinced are lousy. New York won these games by a combined 4 points. So in reality, are they legitimately one of the best teams in the NFC? Yes you fool, they have home field advantage throughout the playoffs as of right now! Plus they can put themselves three games in front of their division's defending champions. It's time to start believing in the Giants. And maybe just giants in general. There's a lot of new research regarding these "mythical" creatures that would blow your mind. You don't know how high up this goes. I'm speaking in terms of conspiracy, not the height of the aforementioned giants, though you probably don't know how high up they go either.
Giants 23-16 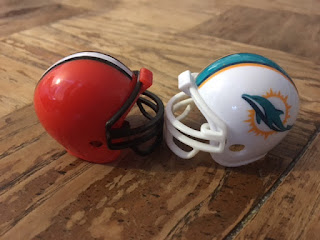 Oh no. Another week and another injured Browns QB. With Josh McCown out Cleveland now turns to Cody Kessler. But honestly, do we expect him to last through this game? The Browns need a savior. Or maybe someone with healing powers. Why not both? Clipboard Jesus has risen! Any coincidence that his new team travels to Miami's newly renamed Hard Rock Stadium this Sunday? Hard rocks are no match for this guy, whether he's being pelted with them or moving them aside from a cave opening ... Wait I'm thinking of real Jesus. Ah that's right Clipboard Jesus is not good at football. Browns are screwed.
Dolphins 27-10 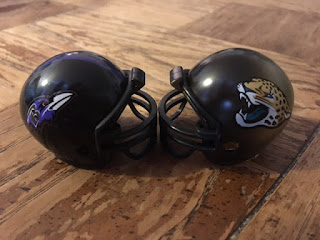 At the start of the season I predicted that the Jaguars would finish 9-7 and sneak into a Wild Card spot. I said they'd be a playoff team while Denver would not. It's been three weeks since that post,and I'd really like a take-back. Am I giving up completely on Jacksonville? No. But did I just look in my bathroom mirror and shout obscenities at myself? No. That didn't happen, and there's no way anybody can prove it did. Not even sure why I brought it up. The Ravens come in with the better record, but they've looked shakier than my bathroom mirror when gripped with all the pent up force of foreboding shame. Give me the Jags, because I don't have a choice.
Jaguars 24-21 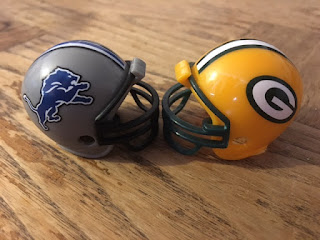 Is it time to start worrying about the Packers? No. You shouldn't concern yourself with such petty troubles, especially with that big opportunity coming up at work; you need to focus. That being said, Green Bay is 6-8 over their last 14 games, including the playoffs, so the Packers should certainly be worried about themselves. The Lions were a hail Mary away from sweeping this series last season, so they're definitely capable of winning this game. But, in the words of Michael Scott, I believe Green Bay is even capabler.
Packers 23-20 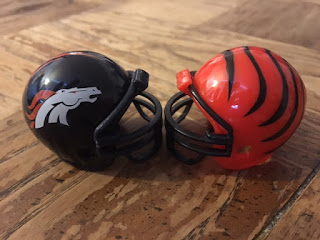 Look, I know I made a joke about it in Week 1, and it's well worn territory at this point, but I feel like I have to point out that a Siemian has a chance to get revenge on the city of Cincinnati! As we all know Cincinnati has been a tough place for simians to play (or live) this year, so I'm leaning towards the Bengals in this one, but what a story it would be if Trevor and the Broncos could drag themselves up by the collar and get a win.
Bengals 16-13
Minnesota @ Carolina 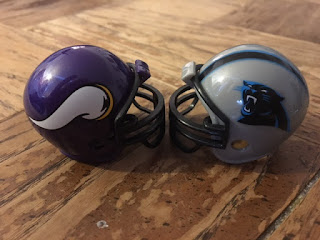 Another tough break for the Vikings as they will now be without Adrian Peterson for possibly the remainder of the season. How will they make up his 1.6 yards per carry? One option, and this is just a thought, is that they sign famed Minnesotan Kevin McHale to play running back, have him line up right next to Bradford, hand him the ball and let him simply extend it over the line with his outstretched arm. I'm guessing he had about a 9 foot wingspan, so that oughta get the job done. And hey, if he happens to see a hole, give him the green light, and let's see what he can do in the open field. I mean the guy is a hall of fame professional athlete, I don't care if it was a different sport and his prime was 30 years ago, some of those skills have to translate. In reality though none of that will probably happen, no matter how much sense it makes, so Carolina should muscle out a win.
Panthers 22-13 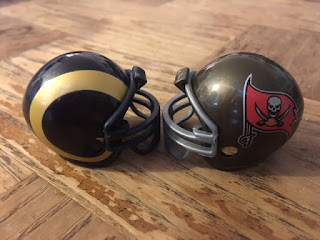 The Buccaneers are not the Seahawks, so they have a really good chance of beating the Rams.
Buccaneers 20-10
San Francisco @ Seattle 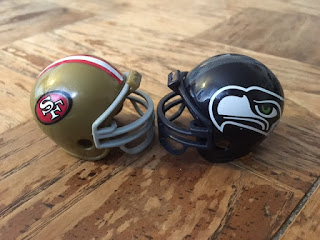 Two games into the season and these teams already have one common opponent, the Rams, that we can use for predictive analysis. The 49ers beat L.A. by 28, whereas the Seahawks lost to the Rams by 6. Using the transitive property we should expect San Francisco to win this game by 34. But, as Vince Lombardi once said, "Fuck the transitive property." The Hawks are banged up, but should also have a sense of urgency on offense after what we've seen the first two weeks. Expect a Seattle win because, please?
Seahawks 23-9
New York Jets @ Kansas City 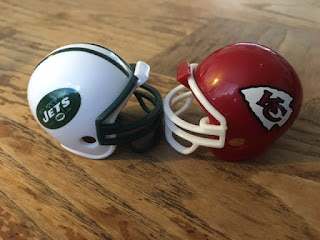 What's going on with the Chiefs? Outside of their 2nd half comeback against the Chargers in Week 1 they've looked like a bit of a mess. It's almost as if they are missing their best player on offense and defense. Oh wait, that's exactly what's happening. They'll be without Jamaal Charles again this Sunday, which shouldn't help matters. As a result I'll take the seemingly competent Jets to win on the road. Of course, now the Chiefs will look great and Kansas City will continue to make me look like an idiot. And I'm not just talking about the Chiefs here, some KC wiz kid hacked into my phone and has been posting A LOT of nude pics from my photo library online. Sure I could delete them, but that would be backing down and then s/he wins. Not to mention I think there are some flattering shots in there.
Jets 24-22 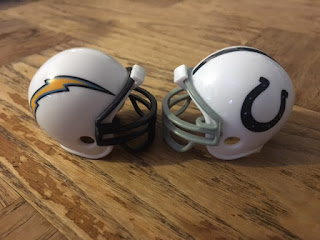 The chargers are a tough team to figure out. Every time I think they're going to zig they zag, but enough about the lightning bolt logo on their helmets, let's talk about the team! Haha, oh we have fun here don't we? I'm not totally kidding though, I have not idea what to expect from San Diego. At first glance this game figures to be a shootout. And who's got time for a second glance, am I right?
Colts 33-28 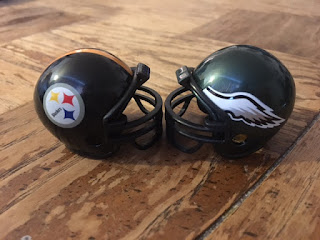 There are a lot of well-documented similarities between the two quarterbacks in this game, from their size to their small school backgrounds. For Roethlisberger looking at Wentz must be like looking into a mirror. A mirror that takes 12 years off your life and makes you look more like Andy Samberg (pic?). Wentz has been impressive so far, but it's difficult to say whether or not that's a product of the schedule. Either way he has two road wins under his belt and is set for his Philly debut in front of the famously welcoming Eagles fans. Just kidding, if he gets down two scores they'll start booing. And I'm predicting that'll happen.
Steelers 27-16 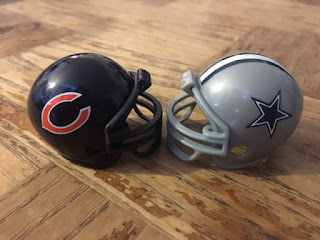 Bad news folks, Cris finally found out that Tony Romo is injured and won't be playing in this game. As you'd imagine he's none too thrilled:

Scathing stuff CriColl. I'm not sure if the absence of Cutler makes the Bears worse, but they're plenty bad either way. 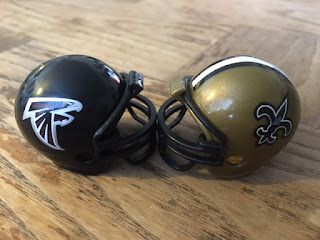 Mmm, it's a ssspicy southern match-up on Monday Night. It's times like these that I wish Bocephus were still alive to serenade us with a Cajun flavored diddy before the game. Yes, I know Bocephus is still alive, alive in the hearts of every Monday night football lovin' fan. Also alive in the physical sense of that he is breathing, has a pulse, and exists upon this mortal plane. But I fear we may be getting sidetracked; the point is that even though these teams may (and probably will) turn out to be lousy this should be a high-scoring romp (by the way my phone just tried to autocorrect "romp" to "Romo"; it's possible that CriColl had a hand in designing iOS 10).
Saints 34-30

Good picks but Jets will make you look a fool and Philadelphia already had the home opener ;)