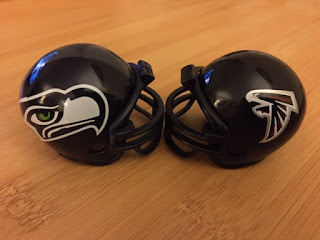 Strangely enough the Chick-fil-a in Mercedes-Benz stadium will be open on Sundays this season even though there will be no fans to enjoy it. It’s a faulty business model, but that doesn’t bother the Chick-fil-a folks. They just want to stick it to the liberal elite and declare that they’re gonna do things their own way! And speak of the devil, a bunch of coastal scumbags are going down to Georgia this Sunday. If it were up to these Seattle folks, all the players on the field would have to stay 6 feet apart. Pffff. The field’s not even wide enough for that ya geniuses! Regardless of their loose values and assaults against personal freedom, this Seattle group will probably still win, because city folk always have something up their sleeve. That’s right, they wear sleeves. Don’t get me started ... 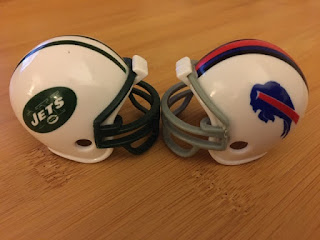 There’s optimism in Buffalo that the Bills could win their first division title since 1995. Back when the nation had Pac-Man fever and an actor from California made it all the way to the White House! Urkel ruled the airwaves and a group of British mop tops drove America mental. Look, I’ll be honest, I forgot what was really happening back in 1995, and odds are that most Bills fans don’t remember either. What with the majority of them having suffered concussions at a tailgate. But that doesn’t mean their optimism is delusional, it’s not like they’re Jets fans. Look for Buffalo to win and the whole team to do the Macarena afterward. Hey! The Macarena! There’s something from ninety ... six. Damn it! 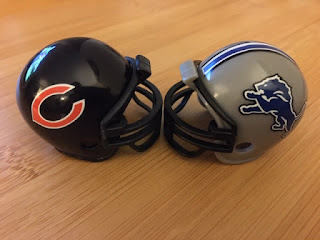 If you’re planning on watching two NFC North games on Sunday, this should be on your list. If you’re low on screens though don’t worry too much about missing this. Actually, that begs the question, how many screens at home would you need for this game to find its way onto one? Based on the fact that there are 9 early games, I’d say 8. And no, I won’t tell you which game it beats out ... but it’s Raiders/Panthers. 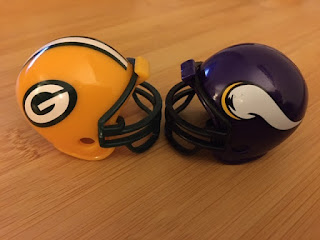 Kirk Cousins made waves recently when talking about virus concerns by saying “if I die I die.” Wouldn’t it be ironic if what killed him wasn’t COVID but a merciless Russian boxer? I didn’t say it would be funny, just ironic. I mean sure, I’d laugh, and you would too, but it’s not like we want it to happen. And that’s what makes us good people: If pressed we would not want Kirk Cousins to hypothetically be killed by a Russian boxer. Bravo to us! And bravo to you Kirk Cousins, for your bizarrely casual take on death. On the bright side you may one day wind up on the list of “Greatest quarterbacks to never win a Super Bowl and die of COVID.” 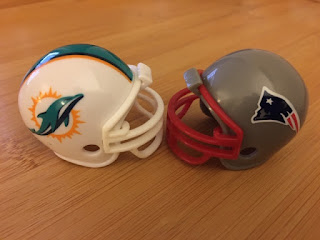 When I saw Bill Belichick in a Subway ad a couple weeks ago I knew the Patriots dynasty was officially over. He’s clearly desperate now. By this time next year he’ll have a show in Branson, Missouri. Apparently not being doused with Gatorade at the end of last season has left him thirsty. It’s possible that he’ll never get that celebratory bath again. And that’s a shame, because I’m willing to bet that it’s the only time he has a bath of any kind. Hey that’s not what I meant; I’m just saying he seems like more of a shower guy. But also that he smells ... probably like a Subway now. It will be interesting to see how the Pats looks without Brady, and considering they lost this same match-up last season with Tawmy, there’s a very real chance that they could drop this opener. But following a unique offseason I have to give the advantage to the team with the better coach. And despite his recent foray into mediocre sandwich hawkery, that’s Bill Belichick. 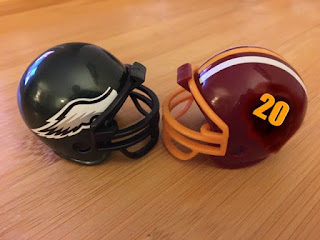 The Eagles are employing Josh McCown as their emergency QB. But not a normal emergency QB, no, McCown will be separate from the team and only be called into action if COVID wipes out the Philly quarterback room. That’s right, Josh McCown is the King Ralph of the NFL. And anyone who’s seen that movie is rooting for exactly that to happen. Actually, what we’re really rooting for is John Goodman to become the Eagles quarterback. But I suppose a 41 year old high school coach is the next best thing. Now that I think about it, the dad from Just The Ten Of Us is probably the poor man’s Goodman, not McCown, but that’s beside the point. Hey, speaking of points, here’s how many I think both teams will score: 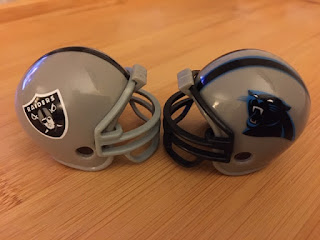 The Raiders are now in their third location in 25ish years. It makes you wonder where they’ll go next. Where does someone go after Vegas? Wait a minute, the Branson Raiders with head coach Bill Belichick?!? Mark my words. Mark them! Oh, sorry didn’t see you marking there. My bad. As for this particular game, do you have Christian McCaffrey on your fantasy team? No? Me neither, so let’s move on! 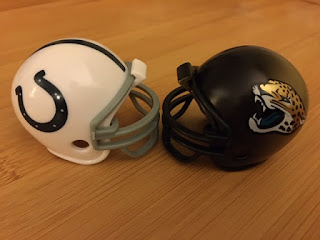 It’s pretty shocking that the Jags aren’t one of the teams that has decided to allow fans. Though it’s possible that the team has told fans that they can come to the stadium, and that the people of Jacksonville simply said “No thanks.” Not because they’re concerned about safety (c’mon), just that they’d rather not watch what’s going to happen in person. They’re exercising their own sort of opt out clause. As has the Jaguars’ front office. It’s clear that they’re thinking more about the future, and with good reason. Who wouldn’t want to amass high draft picks after a bastardized college football season? On the other hand, the Colts are gearing up for a playoff run this season, or at least they better be, because their new quarterback is a 38 year old father of 8. Come to think of it, is the Rivers family disobeying social distancing ordinances just by all living together? 10 people in one house can’t be legal (but it can be hilarious). He’ll be out of the house this weekend, and should get a win. 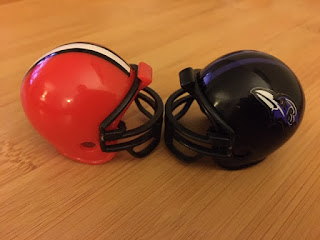 Baltimore’s last regular season loss was at home against the Browns. You can bet that the Ravens haven’t forgotten. Or you can bet that they have forgotten. I’ll give you +110 on “have.” C’mon, want some of the action? Fantastic! Wow, $500! That’s a sizable wager, but I think I can handle it. Now I’ll just stash this away for safe ... what the hell is this? Counterfeit money?!? You son of a ... It’s orange! I could tell right away. Ok, fine it took me a second. I thought maybe it was some sort of new alteration the government made. Wait why am I explaining myself to you? You’re the one who tried to cheat me! Get the hell out of here, I never want to see your face again! Actually, can you come back and read the rest of these picks, and then the 16 weeks after that? Oh, and don’t forget the playoffs too. Thaaaanks! 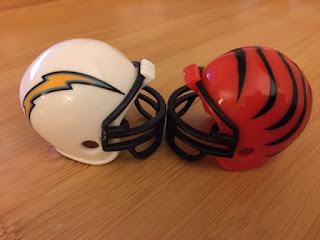 The last time these teams played in Cincinnati was the 1981 AFC Championship game, also known as the Freezer Bowl. That’s an amazing bit of scheduling happenstance, combined with my total fabrication of a stat. But hey, if I can’t remember it happening, does it really count? Turns out the answer is yes. I learned that the hard way when I was convicted of a number of sleepwalking crimes. The Chargers can’t afford to sleepwalk through this one. Sure they’ll probably win, but trust me they should not sleepwalk. Terrible things can happen. Terrible, life-altering things. Like losing to the Bengals. 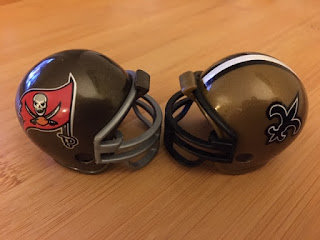 With the additions of Tom Brady and Rob Gronkowski, the Bucs are now the most must see TV Florida has had to offer since The Golden Girls or the final season of Dexter. And yes, I know both of those took place in Miami, but c’mon name one TV show that was set in Tampa. You can’t, because there aren’t any. Nothing interesting happens in Tampa ... outside of Busch Gardens of course. That’s what makes this situation all the more intriguing. Maybe not as thrilling as a ride on Tigris, Florida’s tallest launch coaster, but it should still be fun. 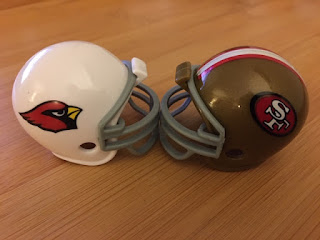 Can the Cardinals do what the Niners did last year and enjoy a meteoric rise from division doormat to Super Bowl loser? If you believe the preseason buzz then the answer is, “Well not so fast, but they might make the playoffs.” Whoa mama, this hype train is outta control! Stop it, I want to get off. Let me out at like the 8-8 mark. With that in mind, they should put up a fight here before ultimately derailing down the stretch. 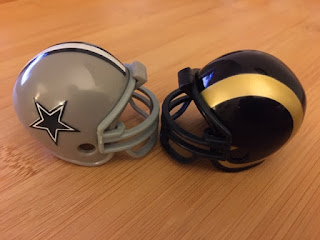 An intriguing match-up to open the Sunday Night schedule made all the more intriguing by the man in the booth calling the game. He's back with us for another season, so let's get right to him. Ladies and gents, CriColl:

Cris, have you been tested recently? Your voice sounded a bit off there. Anyway, who am I to disagree with CC? I'll go with Los Angeles. 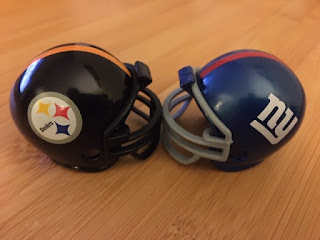 I have a strategy for the Giants that I think just might work; hear me out. Steelers quarterback Ben Roethlisberger will show up to the stadium and, being the oblivious oaf I like to believe he is, ask if he can see his old draftmate Eli. To which the Giants should respond, “Eli Manning hasn’t been the quarterback here for 50 years.” This would no doubt send Ben into an existential spiral, causing him to question his own mortality. And as we all know, existential spirals are detrimental to throwing football spirals, so Roethlisberger would be in real trouble. Now, will the Giants actually do this? No. Just another sign that they’re an organization in disarray, and a prime example of why they’ll lose this game. 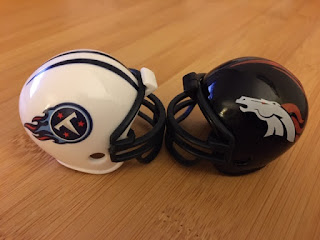 I have a feeling that the Broncos may pull the mild upset. They’re playing at home so ... actually who knows if that will even matter. This season will be a true test of fans’ impact on the game. Will home winning percentages drop without crowd support? Or is the home field advantage more about travel and having to get ready in a slightly less luxurious locker room? I pray that it’s the former, otherwise it will mean that we don’t matter at all. That I’ll have to stop saying “we” like I’m actually part of the team. The Titans have to win to avoid shattering our fragile illusion. And if they don’t, then God help us all. Seriously God ... help us all. What are you waiting for?!?