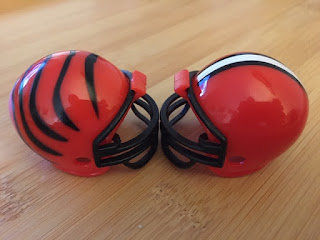 There are a lot of similarities between starting quarterbacks Joe Burrow and Baker Mayfield. Both were slighted backups in college who transferred before winning the Heisman and being drafted #1 overall, all the while displaying a certain panache. Their paths continue to parallel as a vengeful God deigned to crush their respective spirits by banishing them to pro football purgatory: Ohio. Of course, the Bengals and Browns haven’t always been lousy. In fact, Cincinnati was a consistent contender throughout the first half of the last decade. But when you consider that the combined amount of playoff wins between the two franchises over the last 25 seasons is zero, you can imagine that they wouldn’t be the most desirable landing spots for a couple of young quarterbacks who are used to success. But hey, a truly great player makes his own destiny! Well, not really, destiny by its definition is predetermined, so that’s not possible. But perhaps Burrow and Mayfield aren’t destined to fail ... Ok, perhaps Burrow isn’t destined to fail. He’s only played once after all, and he was mostly solid. Though I have to assume that starting his 2nd NFL game on three days of prep will work to his detriment. I’ll take the Browns, but not feel great about it.