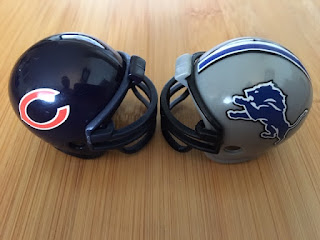 These teams enter this game with a combined record of 3-16-1. There are no fantasy players to keep tabs on. We won’t even have the mildly interesting Justin Fields playing. So what reason is there to watch? Because if you don’t pretend to be interested you might have to help with the cooking. And come on, wouldn’t you rather watch the Bears and Lions than prepare a meal for your family? Sure they say they love you, but do they love you as much as football does? Impossible. 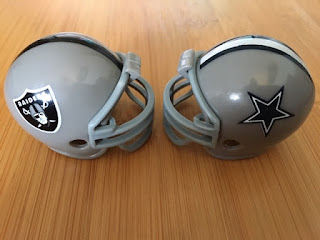 The Cowboys' season has been fairly impressive so far, but if it weren’t for the AFC West, Dallas may be the top team in the league. Here are the numbers, Cowboys against the AFC West: 1-2, 15 points per game; Cowboys against all other teams: 6-1, 35 points per game. So does the fact that the Raiders hail from the AFC West automatically doom Dallas to a Thankskilling? I doubt it. Their offense may not chow down on a Vegas buffet, but the Cowboys should amass enough plays to cobble cobble a win together. 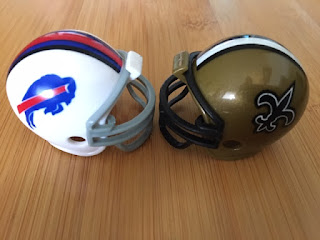 Taysom Hill could be described as invaluable to the Saints. Except they just put a value on him with his new contract extension, and that value is: way too high. I get that he’s versatile, but do you really need a Swiss Army knife on an NFL field? I say no. They’re too bulky and football pants don’t even have pockets. Sure, sometimes it’s 4th & 1 and you want to bust out a screwdriver or a pair of tiny scissors, but I’d settle for a running back and $40 million in my pocket. And yes, I have pockets.