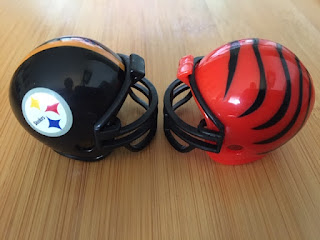 Every team in the AFC North has a winning record, and I think we should all just take a minute to appreciate that. Will we be able to say that at the end of the season? I doubt it, I don’t even think it’s mathematically possible. No, I haven’t done the math, so it’s probably irresponsible of me to make such a claim. But did you do the math? Didn’t think so. Now who’s being irresponsible? 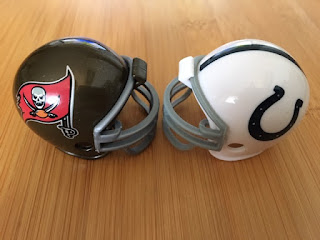 For years now it’s been common knowledge that the Colts hang banners in Lucas Oil Stadium for the AFC title games that they’ve lost. I believe they say “AFC Championship Game Participant” or something of that ilk. These banners are laughing stocks to every NFL fan, but imagine how hilarious the must be to Tom Brady. This man has won 7 actual Super Bowls. He has no need to count the conference title games he’s taken part in. But if he wanted to he could point out that he’s been in 14, which is ridiculous, and would easily surpass Indy’s total; but again, he’s not here to do that. He’s in Indy merely to win a game. And to visit the Children’s Museum of Indianapolis, the city’s number 1 rated tourist attraction according to a quick, yet selective google search that Brady (and I) recently did. There are dinosaurs outside! Tom’s going to love it. 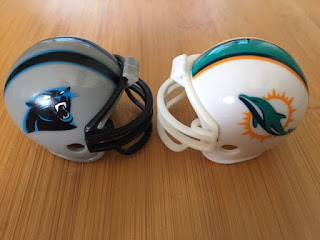 Cam Newton is truly back. And that means a handful of improbable plays, and at least the same amount of incomprehensible ones. Could he win you a game? Maybe. Could he lose you one? Absolutely. Could you pick him up in fantasy because your starter is on a bye and watch him score a measly 7 points, resulting in you angrily fumbling your phone into an airport toilet? I’m counting on it! 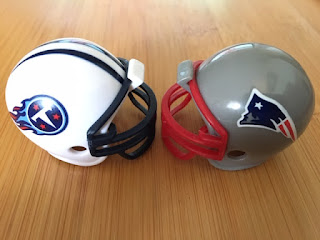 The Patriots have won 5 in a row, the Titans have lost 5 straight. Actually, it was only one loss for Tennessee, but it was against the Texans, so it felt like 5. The good news for the Titans is that they’re still technically the #1 seed in the AFC. But after their loss to Houston do any of us take them seriously? They’re like a drunk grandpa at the Thanksgiving table. Sure, you have seniority, but we also just saw you pour cranberry sauce into your undies, so we’re keeping a watchful eye on ya. 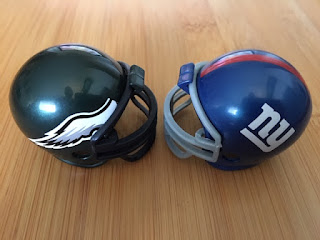 Daniel Jones threw one of the most mind-boggling interceptions of the season on Monday. It made me wonder if he just gets bored playing quarterback. Like the fourth quarter rolls around and after a bunch of monotonous plays he thinks, “Eh, let’s see what happens if I do this ...” It would also explain why Jones can regularly be seen checking his phone after handoffs. 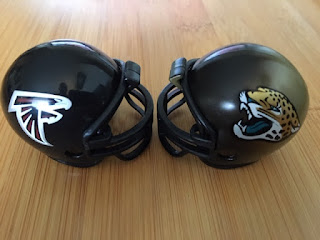 Two quarterbacks, four first names, one field. Like uhh, 25 balls I think. I don’t know actually. The point is, this may be the only chance we ever get to see Matt Trevor Ryan Lawrence, and we all need to savor it while we can. Also, I just looked it up and the average NFL game uses 36 balls. Seems like a lot, but with the frequency that Matt Ryan turns the ball over it makes sense to carry at least that many. You see, once a ball is turned over it can never be reused. It is owned by the defense now, and they have no reason to bring it back to the field, so new balls are needed. Of course, as we all know, some teams consider it customary after a win to send back a turnover ball to the opposing quarterback with a note that says, “Mwah mwah, thank you for the victory, we all kissed this ball as a sign of our gratitude. Some of us used our tongues.” But like I said, that only happens occasionally, so it’s anybody’s guess if the Jags do so. Or if they win at all for that matter. 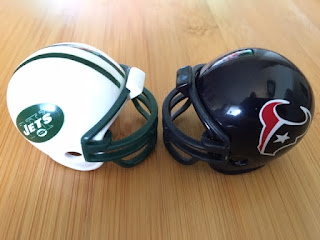 It’s a clash for the first pick in the draft. Loser wins! Whoops, I forgot about the Lions. So I guess it’s a battle for the second pick in the draft. Though, from what I’m hearing the 2022 crop of prospects isn’t the best, so does it really matter who has the higher choice? I say no, which means both of these teams should try to win. But that’s where things could get tricky. Sure, the Texans won last week, but they snuck up on the Titans. A lousy team can’t surprise a cruddy one. And vice versa. It’s what’s known as the Browns Conundrum. 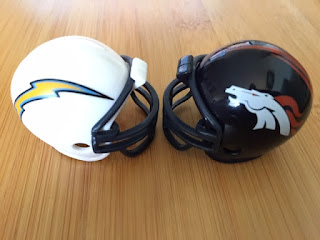 Chargers and Broncos? Sounds like this contest should be held on the freeway, not the football field! Of course, that joke would require the teller to never have come across a Chargers/Broncos game, even though they play each other twice a season. So yeah, whoever made that joke is a real doofus. Sure it was hilarious, but it strains credulity. 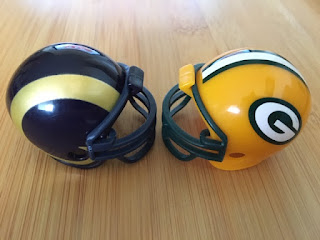 It’s another playoff rematch, and look, I don’t want to have to be the one to bring this up again, but it could very well be a playoff prematch. I'm just saying, it’s a word that a lot of people are using now, so I would be remiss if I didn’t use it. The Rams come in to this game looking to take a step in the right direction after consecutive losses. Meanwhile, Packers quarterback Aaron Rodgers apparently took a step in the wrong direction, because he’s been diagnosed with a broken toe. He may not be 100% this Sunday, but with the holistic methods at his disposal, he should be better than ever by the time these teams square off in the potential playoff rematch that follows this prematch. 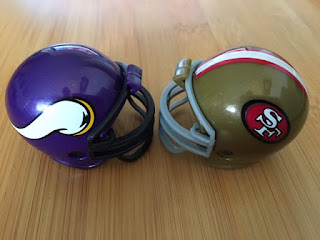 Both teams .500 and 5-5. You know what that means, first team to 5 wins. But here’s the catch: touchdowns are only worth 1 point. Field goals? Those are still 3 points. Let the strategizing begin! I mean, obviously they should just get in field goal range and kick, but let’s see how these guys play it ... 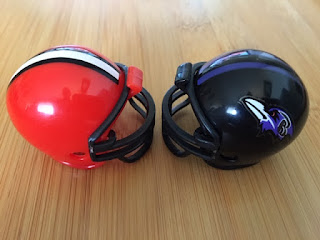 The second AFC North clash of the day is just as pivotal as the first, if not more pivotaler. Let's see who the man calling the game, Cris Collinsworth thinks will come out on top:

Take care of yourself CriColl. 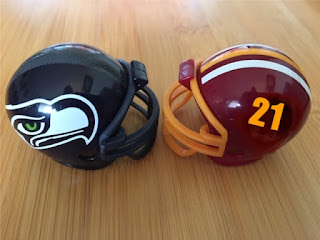 I can’t imagine that this is what ESPN had in mind when they scheduled this game. These teams have gone from division winners a season ago to 3-7 and 4-6, respectively. But as The Rolling Stones said, “You can’t always get what you want, but if you try sometime, you might find, that Taylor Heinicke is actually pretty decent, depending on the week.” Those were the original lyrics. They decided to pare it down a bit for the official studio version.