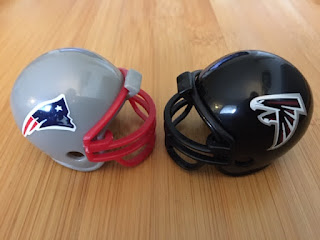 Ever since their team’s crushing defeat 5 years ago in Super Bowl LI, Atlanta fans have been waiting for a home game against the Patriots. Unfortunately for them it comes just a few days removed from the Falcons worse loss of the season, and with the Patriots firing on all cylinders. What’s more, Tom Brady isn’t even in New England anymore, so who is there really to direct their hate towards? Dont'a Hightower I guess. But getting inside the head of a linebacker is a peculiar task, and may be a tall order for the crowd at Mercedes Benz Stadium. But there will also be plenty of tall lemonade orders at the in-house Chick-Fil-A, which will be operating for its only home game this season. Come to think of it, the lines at the stand may be so long that the actual number of Falcons fans in their seats won’t be enough to effectively rattle the Patriots anyway. It’s a true shame. 5 years of anticipation undone by chicken and a lousy team.