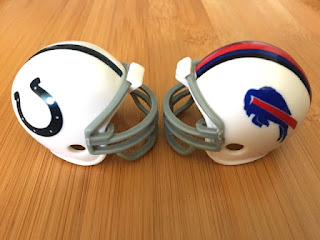 It’s a playoff rematch from last season, and a playoff PREmatch for this season?!? Probably not, I wouldn’t bet on the Colts getting to the postseason at this point, but I really just wanted to introduce the term "prematch" into the lexicon. Don’t worry, I won’t overuse it just yet, in fact, I probably won’t mention it again this week. But just ruminate on it and get back to me. I think this thing may have legs. Hey speaking of legs, most of the players in this game have muscular ones. 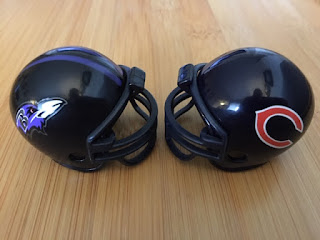 The Ravens were dominated for the second time in their last three games last Thursday, which is never a good sign. But to make matters worse, this last one was against the Dolphins. I don’t need M. Night Shyamalan to tell me that signs don’t get much worse than that. But are these troubling losses by Baltimore or just blips on the radar? Perhaps blips. But it should be clear now that the Ravens can’t merely just throw water on their problems, despite what M. Night Shyamalan might tell us. 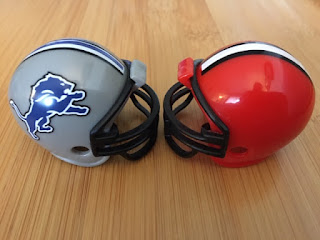 Last week I acknowledged that picking the Lions to lose would be the only way for them to actually beat the Steelers. Sadly I overlooked the ever present third potential outcome: the tie. In retrospect it makes sense for Detroit, they gotta walk before they can run. But my advice to them would be to start running, like literally moving faster. It will help with both offense and defense. Heck, special teams too. This Lions squad starts to pick their pace up to a jog or even a full sprint and who knows what might happen. I’ll still pick them to lose this one, because again, picking them to win will doom them for certain. And if it leads to another tie, well then that’s just fun for everyone. 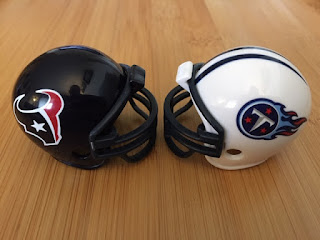 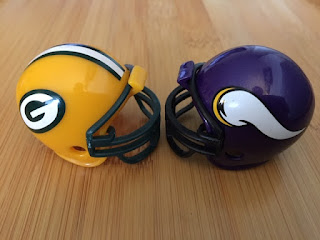 There’s a real muddled mass of mediocrity hovering around the final two playoff spots in the NFC. A couple of wild cards are there for the taking, some team just needs to reach out and grab that brass ring. Could it be the Vikings? Perhaps. They’re coming off an impressive win against the Chargers, and seem talented enough for the task. However, their inconsistency will likely be their downfall, and prevent them from grabbing that aforementioned ring. They shouldn’t be too discouraged though, because Super Bowl rings are typically made of gold, so even if they got their hands on the brass ring, what good would it really be? And only one? So does it have to rotate among every member of the team in the offseason, like the Stanley Cup? Man it’d be cool to drink beer out of that brass ring. That’s what I’d do on my day. Anyway, if the Vikings do wind up getting a wild card spot they could very well find themselves up against the Packers in the first round. Of course that would make this game a playoff prematch. 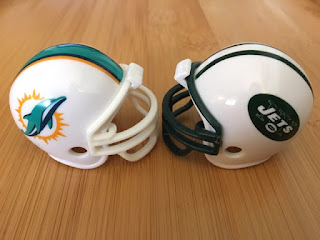 Here’s how I see this one playing out: a vigilante member of the MetLife Stadium staff, feeling so ashamed of the Jets, and wanting to protect the nation from having to view their game with the Dolphins, will unleash hundreds of snakes onto the playing field Saturday night in an effort to get the game canceled. The league will decide to press on however, and wouldn’t you know it, the presence/threat of the snakes will make the game much more entertaining than it would have been normally. The league will be heralded for their bravery and perseverance. The staffer will be fired. 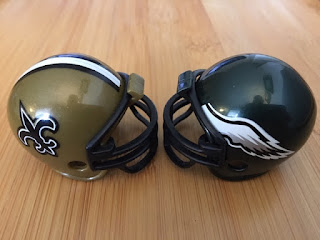 This is a pivotal game for the Eagles, as a win would potentially get them into playoff position, while a loss would send them back down into the morass of NFC hopefuls. Though, what good is playoff position in Week 11? Do you remember who the playoff teams were as of Week 11 last season? I doubt it. And that’s because it doesn’t matter too much. But just to further prove my point, I’ll point out that at this time last year the Detroit Tigers were in possession of the NFC’s 7th seed. No, not the Detroit Lions, the TIGERS. An MLB team! See, that’s how much things can change before the end of the season. 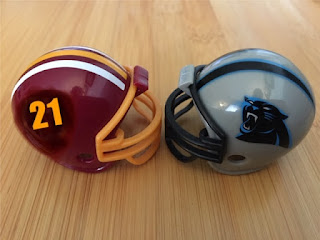 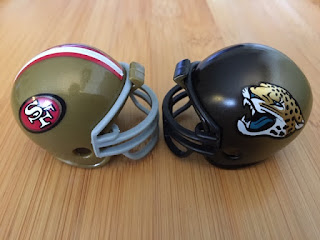 The Niners finally won a home game on Monday and now get rewarded with a trip to Jacksonville. The only occasion in which a group of people are excited to go to Jacksonville is a pro football team going to play the Jags. Have I used that same joke before in this space? I honestly don’t know. When you do this for long enough and a team has such a sustained run of lousiness it’s hard to not tread over a lot of the same territory. Hey, don’t get mad at me, the Jaguars constantly tread upon the same territory too. Their own side of the 50! 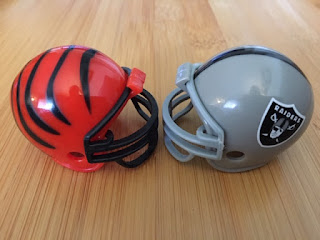 These two teams were 1 and 2 in the AFC a few weeks ago. And what now? They’re fighting for their playoff lives just like so many other suckers. It’s just another example of why early season success can’t always be trusted, especially if those having the success are the Bengals and/or Raiders. Will either team regain their earlier form and actually end up in the postseason? History would tell us no. But you know that old saying about history, “I’ll learn from it when I’m dead!” That’s why I say that both of these woebegone teams will absolutely make the playoffs, starting with wins this Sunday! Yes, wins for both of them! No, I don’t know how it’s possible, but these groups of dreamers are just the type to figure out a way. 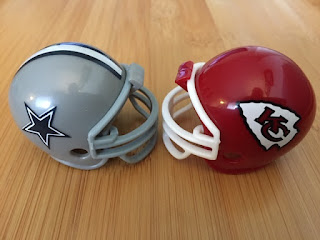 Much in the same way that we’re used to seeing the Chiefs’ offense flip a switch and erase a double digit deficit in minutes, Kansas City has, in the span of three weeks, gone from worst to first in the AFC West. I think we all assumed they wouldn’t be in last forever, but the realization that they were already back in first after their Sunday night shellacking of the Raiders was a bit stunning. Oh and by the way, I know what you’re thinking and uh no, that Vegas demolition ain’t making way for a gaudy new hotel on The Strip, babe! The Cowboys are coming off their own blowout victory, and the collective momentum of both teams have a lot of people wondering aloud if this could be a Super Bowl prematch. I’m telling ya, I heard about a dozen people out in public saying that to no one in particular. Some of them were shouting. They grabbed me by my collar and shook me until I agreed. Personally I’m not fully sold that these are Super Bowl caliber teams, but at the time it felt like I had no choice but to agree. Please be careful out there everybody. 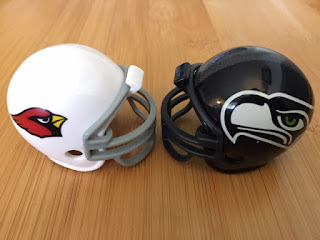 Last week Pete Carroll couldn’t locate his challenge flag, so he threw the first thing he could find in his pocket, which happened to be a hand warmer. The weird thing was that the referee accepted that as an indicator of a challenge. If they’re going to let that fly, Carroll should start seeing how far he can push it. Make it a running gag every week. He tosses his keys, hand sanitizer, a rubber chicken. And then finally, when the refs are sick of it he does the ol’ magician’s never ending handkerchief trick until the red fabric stretches all the way across the field. Everybody would laugh so hard (including the other team) that Carroll would be rewarded the overturned call without any need for review. 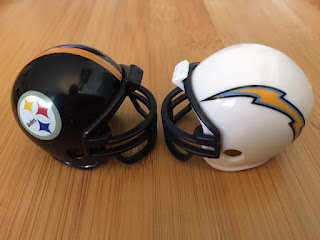 Both teams are coming off of disappointing outings against NFC North teams in Week 10. Who will get back on the right track? Either? Neither? Steeler? Charger? Let's see what Cris Collinsworth thinks about it: 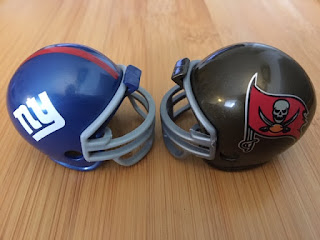 The Buccaneers have now lost consecutive games to New Orleans and Washington, meaning Tom Brady has defeats to Trevor Siemian and Tyler Heinickie on his permanent record. Is Brady’s legacy forever tarnished? Is that enough to undo the 7 Super Bowl wins? Time will tell. The important thing is to not overreact. Now, if Brady loses to Daniel Jones on Monday he should absolutely give back all of his rings and send a request to the commissioner that his name be expunged from the NFL history books.