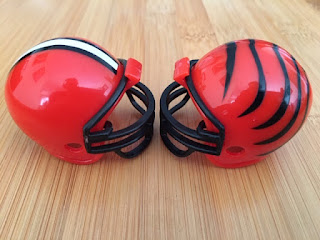 Last week, I wondered aloud (or rather, in type) if the Bengals’ Week 8 game against the Jets was going to be a trap. It had all the makings of it, except for the fact that they were going against somebody making their first start, and that that guy wrote Nacho Libre. But who knew that Mike White would deliver one of the greatest debut performances in NFL history? Well, we should have. Of course the second that the Bengals got some national respect they would immediately prove themselves unworthy of it. It’s really a lesson to trust my instincts, and never trust the Bengals. That being said ... 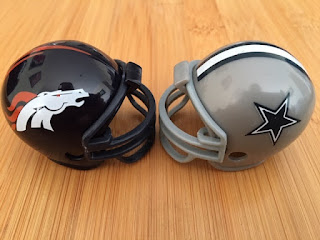 The Broncos are a prognosticator’s dream. They beat the real bad teams and lose to anybody decent or better. They’re perfectly predictable. The bad news for Denver is that their opponent this week falls into that non-lousy category, which means a definite loss for the Broncos. The good news is that they traded away their best player, so now they’ll have a built-in excuse every time they lose. The bad news is that they’ll probably have to use that excuse with great regularity going forward. The good news is that ... uh oh, I’ve become stuck in a loop, much like the Broncos franchise. I could take a page out of Denver’s book and hire a cast-off quarterback to try to get me out of it, or we could just move on. 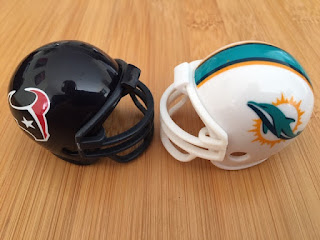 The Texans, ostensibly a football team, didn’t score a touchdown, debatably the main method of scoring in football, for a combined 200 minutes of game time until reeling off 3 TDs in the fourth quarter last Sunday. You might read that and think Houston is both hapless and hopeless. But consider this: the 2000 Baltimore Ravens didn’t score a touchdown for 5 consecutive games and went on to win the Super Bowl. Houston’s offense, and their 3+ game streak seem downright explosive by comparison. So why can’t the Texans turn things around and win the Super Bowl a la the 2000 Ravens? Oh right, their defense is also shitty, and their record is 1-7. Hey, speaking of 1-7 teams, the Dolphins are right there with Houston. And if I had to guess, Hard Rock Stadium will be 1/7th full. 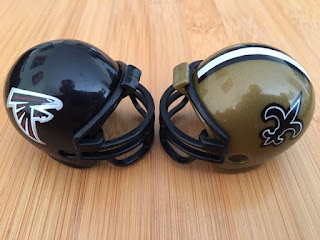 The Saints have scrapped together a 5-2 record so far. Now they must get even scrappier without Jameis Winston, who’s out for the season with a torn ACL. Good news, because no one’s scrappier than the next man up, Taysom Hill! This man is scrap personified. Break him down and sell him to a metal yard. Feed him to the dog when you’re done eating him. That’s the level of scrap we’re dealing with here people! Though I will say, that I wouldn’t have expected it to take Hill 4 weeks to scrap his way out of concussion protocol. Yes, I know concussions are serious biz and players should be applauded for putting their safety first. That being said, it’s clear that Hill just doesn’t want it bad enough. He’ll need to rediscover his scrap in order New Orleans to be successful going forward. 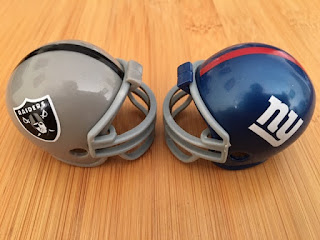 Will the Raiders show up for this game? And no, I don’t mean, Will they “show up” for the game, I’m saying will they literally make it to the stadium. My worry is that the bus driver in Vegas will hear that they’re going to NY and instead of taking to them to the airport he’ll drop them off at New York, New York, the hotel and casino on The Strip. I wouldn’t blame him for being confused. As far as I’m concerned that’s the New York, the superior New York, in fact. They got pizza, hot dogs, bagels, all in one food court! Can the east coast New York say that?!? Don’t answer that! Your split second of silence says it all. You clearly feel the same. As such I ask you to join me in imploring the NFL to move this game from New York to New York, New York. It’s time for the real New York to get the recognition it deserves. 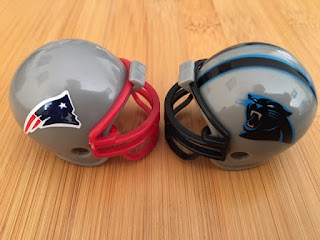 Two teams alike in record (4-4) at a crossroads. One will never win another game this season, the other will be Super Bowl champ. This is the turning point. Ok, maybe that’s a bit drastic, but if you go into this game with that mindset it will be a whole lot more entertaining. It’s a fun trick that works for any game. And the worse the match-up, the more dire the fake circumstances need to be. For instance, during the Texans/Dolphins game I’ll imagine that Gen. Francis Hummel (Ed Harris in The Rock) is in the Gulf of Mexico on a ship armed with poison VX gas rockets that he will launch at the losing city. Or I guess you could just bet on the games. That works too. 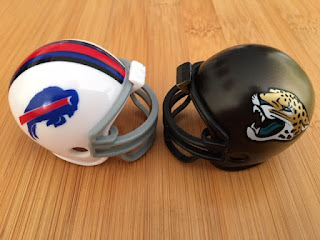 Last Sunday the Jaguars were down 24-0 with 1:49 left in the game when they finally scored a touchdown. At this point they had an almost 0% chance of winning the game, but at least following up that TD with a successful 2 point conversion would have made the score 24-8 and gotten them within two scores. Unfortunately, Jacksonville didn’t convert a two point conversion, because they didn’t attempt one. They trotted out the kicking team and tacked on a rather pointless extra point to make the game 24-7 and maintain their three possession deficit. A confusing move from Urban Meyer, but I guess he was just packing it in for the day. Except he wasn't, because the Jags then attempted an onside kick immediately after that! So they did think they still had a chance? But they definitely didn’t, due in large part to the decision their coach made mere minutes before. Why would he eschew the two yet not elide the onside? So did they recover that kick? No, it was snatched by Travis Homer of the Seahawks and returned for a touchdown to make the score 31-7. It couldn’t have been a more appropriate result for Urban Meyer and his baffling “strategy.” And now the well-deserved punishment will continue with this inevitable beat down from Buffalo. Watch for Urban to call a punt on first down or something. 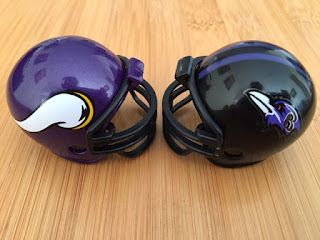 This one’s for all your purple fiends out there. You freaks sucking on grape popsicles and drinking, well, grape soda I guess. Look, I don’t know what you purple kooks do in the privacy of your own home, just keep it away from my hypothetical kids, alright? They’re too young to learn about purple. Even for those viewers out there without an affinity for a certain shade, this one should be entertaining. Mainly because the Vikings only play close games. Their contests this season have had more twists and turns than a great novel, or an Oscar winning movie. If pressed to compare them to a specific novel/movie, I guess I’d say ... The Color Purple. Look, I’ll admit I’ve never read that book nor have I seen the movie, and from what I know about the story it wouldn’t really make any sense to compare it to a football game. But you guys get why I said it right? 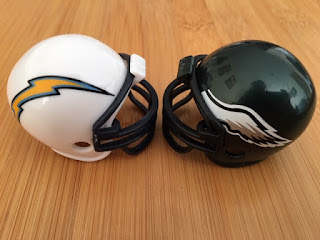 This week the Chargers announced plans to build a new training facility in the LA area (El Segundo to be exact). Perhaps this is the Chargers’ way of making Los Angeles feel more like home, since every game played in their own stadium feels like they’re on the road. But I say why bother? LA was never going to work out; they should just cut their losses move on. And hey, since they’ve basically been a team without a home for years now, why not embrace it? Become a touring group. They could travel around the country playing their “home” games in cities that don’t have an NFL team. Football depraved burgs like Portland, Austin, or Detroit. America’s team, coming to a town near you! Catch them while you can, because next week they’ll be gone ... Or they might stay, if you want them bad enough, or even show a mild interest. 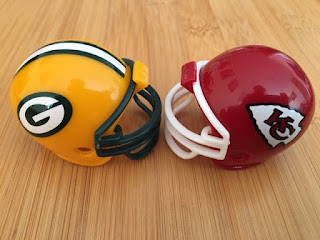 The Chiefs are a dream team. And by that I mean it looks like they’re playing in a dream. You know those dreams where you can’t run right and you barely move? That’s what the Kansas City offense resembles right now. If Patrick Mahomes’ teeth start falling out mid game you’ll know that they’re definitely in a dream. Either that or Mahomes is gravely ill. Unfortunately for him the one man who may have been able to cure him won’t even be at the game this Sunday. Yes, Aaron Rodgers will have to miss this highly anticipated clash because he somehow got COVID even though his antibodies were heightened through homeopathic methods. It’s disappointing that the NFL wouldn’t grant him vaccinated status simply because he wasn’t vaccinated. They should have given him special treatment because of his special treatment. But that’s neither here nor there now, the fact is that he shockingly became infected with COVID and we’re all worse off for it. Not just because the entertainment level of this game has gone down, but because we’ll now have to hear Rodgers, always the smartest guy in the room, expound upon why the vaccinated people are the real idiots. Not him. The guy who asked to be considered vaccinated even though he refused to be vaccinated. 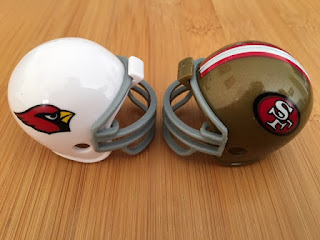 The 49ers haven’t won in Levi’s Stadium since October 18th, 2020. They just can’t win at home. Reminds me of my first marriage! It’s hard to say what exactly is keeping the Niners from being victorious on their own field, but it’s safe to say their Levi’s don’t fit. Sounds like me after Thanksgiving Dinner! Speaking of Thanksgiving, it’s possible that San Fran won’t get off this home schneid until after that day upon which we eat all that turkey (I refuse to say Turkey Day). They host the Cardinals and Rams in back to back weeks before the Vikings come to town the Sunday after pre-leftovers Thursday. And depending on which Minnesota team shows up that week, it’s no guarantee the Niners get a win then either. Who knows, they could be waiting until the Texans game in January to taste victory in Santa Clara. Until then they’ll just have to seek satisfaction elsewhere. Hey, when did we start talking about my first wife again?!? 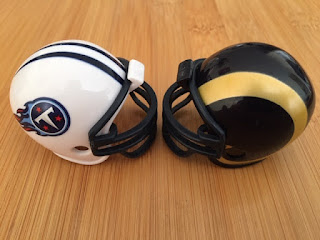 How will the Titans respond to Derrick Henry's absence? I'm not sure. But luckily I don't have to have a take on the Sunday night game, that's CriColl's job. And so let's turn it over to Cris Collinsworth for some dynamite insight:

I sincerely hope that last sound bite is needed this Sunday. 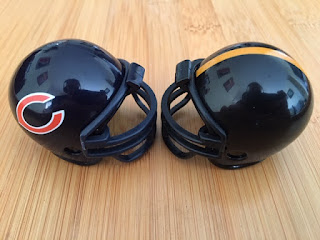 The over/under for this game has been set at .5 point, and I’m not sure which way to bet it. Sure, it’s feasible that one of these teams will manage to successfully kick a field goal at some point during the game, but I wouldn’t bet my life on it. Unfortunately that’s the situation I find myself in. Based on my dismal picks the last couple weeks I’m in a great deal of debt, and now if any points are scored in this game I will be killed. But of course, they’ll have to find me to kill me! I’m going on the lam to Canada! Winnipeg to be exact. Hmm, probably shouldn’t have typed that, and definitely shouldn’t publish it. Oh well, too late now. Come and get me you cowards! (Don’t worry guys, I’m not actually going to Winnipeg, I’m going to a suburb of Winnipeg. They’ll never find me!)