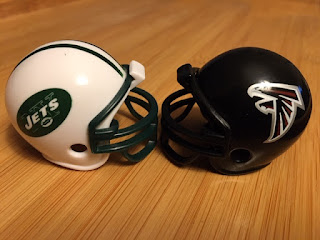 This game is scheduled to take place in London, but is there any chance UK officials will re-institute the travel ban before Sunday? Sorry love, no Yanks allowed. You lot can sod off ‘cos this match is right shit, innit? Innit?!? And look, I wouldn’t blame them for trying to get out of hosting this one. Who decided to make the Jets and Falcons two of our grand ambassadors this season? I’d bet good money that each and every American attending this game on Sunday will have to turn to the Brits around them and say something to the effect of, “Trust me, it’s usually better than this.”
Falcons 24-20 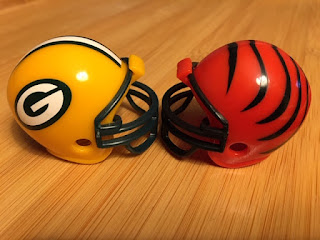 Both teams come into this match-up at 3-1, so it could be a heated battle. Though, considering that each have recent double digit wins over Pittsburgh, instead of talking trash on the field I’m guessing they’ll all just be discussing how much the Steelers suck. “Yeah, what’s with those guys? Hey did you just take the ball from me? What the hell?!? I thought we were having a friendly chat. Felt like we were really getting to know each other. I was just going to ask if you wanted to get in on this timeshare I have. It’s a more sound investment than people think. I just went to the presentation to get free Cyclones tickets, but once I heard everything this place had to offer I couldn’t pass it up. That’s how good of a deal it is! And I wanted you to be a part of it! The Cyclones! Cincinnati's minor league hockey team. You've never heard of the Cyclones?!?” And again, just to be clear, this whole “conversation” is happening during a live fumble return. 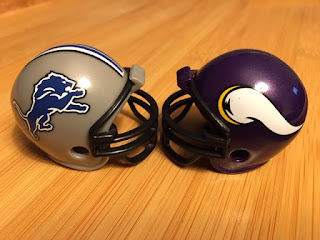 I thought the Lions had a good chance to get over the hump last week in Chicago, but it didn’t happen. Instead they played maybe their worst game yet and now find themselves as one of only two winless teams in the league. On the bright side they're the only one with a head coach that still wants to be in the NFL. Now they have to face a Vikings team that is once again in desperate need of a win. It seems like we’re going to be saying that about Minnesota a lot this season, until eventually they’ll finish 7-10. Hey what the heck Vikings? You didn’t even do anything with those wins you kept saying you needed! Those wins could’ve gone to underprivileged kids. Ya know, like the Lions. Hey they’re making a break for it! Get ‘em! 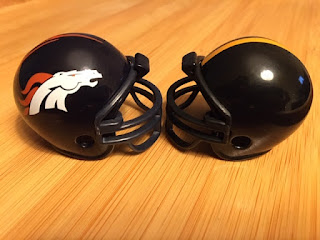 Ben Roethlisberger has the lowest QBR among qualified quarterbacks that aren’t rookies. The Steelers offense ranks 27th in total yards, and 28th in points per game. Suffice it to say that these ain’t your grandma’s Steelers. Oh what, you thought I was going to say “grandpa” wow. Woooow. So in your world grandmas can’t watch football? Shame on you. It’s 2021, time for you to ... What’s that? Oh, she was a Browns fan? Buried in her favorite jersey? So your problem was less about the use of grandma, and more about the ... Got it, got it. Hey look, I’m sorry about earlier. From what you’ve told me your grandma sounds like a real neat lady. I think if I’d been alive back in her day we would’ve got along just fine. Who knows, maybe I even could’ve been your grandpa. Oh why is that such a weird thing to say?!? Shut up. That’s not that weird. You’re weird. Shut up. 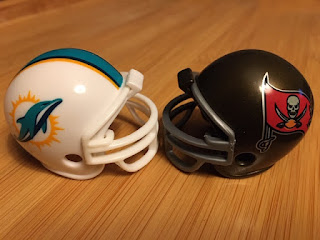 After his long-anticipated return to New England last week it’s certainly possible that Tom Brady will still have an emotional hangover when the Dolphins come to town. Well get ready for another wave of the feels Tommy, because now you have to face Jacoby Brissett! Remember him?!? That guy that was one of your back-ups for a couple years? That’s riiiight! He knows all your tricks, and he’s been spilling the beans to his new cohorts in Miami. Get ready for a defense that knows you better than you know yourself TB12! In all seriousness though, I think Brady would have to have an actual hangover for the Bucs to be in any trouble here; and I think he’s dried out since the championship parade. 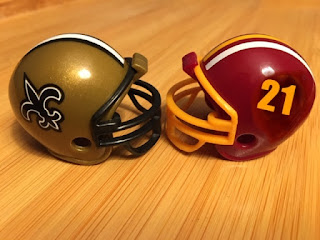 Washington has a knack for dramatic wins over lousy teams. First, a last-second , game-winning field goal to beat the Giants, then a touchdown with under a minute left to top the Falcons. But can they pull out a similar scintillating victory over the Saints? Depends on just how lousy New Orleans. I don’t think they’re as bad as the aforementioned Washington victims, which means the Football Team may be out of luck. Speaking of, I’m not sure they’ll be favored in another game until Week 15 when they play at Philly. Between now and then their schedule is as follows: KC, @GB, @DEN, TB, @CAR, SEA, @LV, DAL. Oh wait, I just remembered that they’ll get Ryan Fitzpatrick back at some point, so they’ll definitely be able to upset some quality opponents. They’ll also lose a few games even worse than they would have. But either way it ought to be a good time. 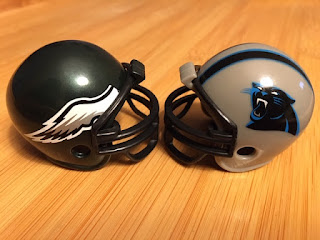 The Panthers seem halfway decent, and that could go a long way considering their soft schedule. Granted, it’s early, but looking ahead I wouldn’t rule out a 10-7 record. Months ago I would’ve said there’s no way. Of course, the main reason I would’ve said that was because the NFL schedule was still 16 games at the time, so that record would have been impossible. As for the Eagles, after a blowout win over Atlanta in the opener, Philly has settled into the level of lousiness that we all expected from them this season. Looking at their schedule the rest of the way I’d guess they’ll finish around 5-12. Of course these prognostications are contingent on the Panthers winning this game. If that doesn’t happen my predictions are null and void. I also reserve the right up until Week 18 to guess a team’s final record. Trying to do so any further out is truly a fool’s errand. I already feel ridiculous for my attempts. 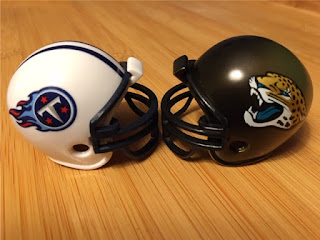 Ever since he’s arrived in Jacksonville Urban Meyer has seemed like he’s had his thumb up his own butt. Fittingly he’s now reached a new low thanks to his thumb being up someone else’s. Meanwhile, the Titans are coming off an embarrassing loss to the Jets, and man, if they follow that up with a loss to the Jags ... Well they’ll still be in first place in the AFC South. It’s a pretty sweet divij. 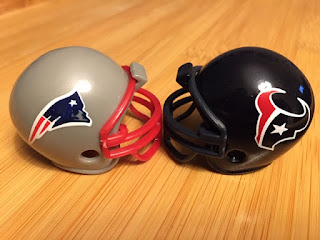 After his team lost 40-0 to the Bills, Texans coach David Culley attempted to protect rookie fill-in quarterback Davis Mills by saying, "You could put Joe Montana out there today, and the way we played, you're not going to have any success on offense." But could they have? Like was that on the table but they opted for Mills? Also, does he mean Montana now, in 2021? If so, I agree, he wouldn’t have been much help. As for the Patriots, they’re coming off a heartbreaking loss to Tom Brady and the Bucs. A defeat which prompted their rookie quarterback Mac Jones to say after the game, “We don’t do moral victories.” Right, because the first thing they teach you in New England is to abandon your morals. Seems like this one will be a legitimate victory for the Patriots, so Jones will have nothing to worry about. 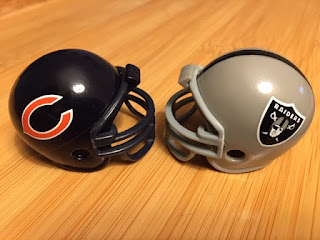 Bears coach Matt Nagy has officially declared that rookie Justin Fields will be the starting quarterback regardless of Andy Dalton’s injury status going forward. Clearly the plans all along were to start Fields eventually, but for the Bears organization to act like he showed them enough in his two starts is laughable. Haha. See? Told you it was laughable. Here are Fields' numbers so far: 25-52, 347yds, 0 TDs, 2INTs, and he’s taken 12 sacks. That’s almost one sack for every two completions. Maybe taking those repeated hits has displayed a toughness that Nagy is looking for. But if toughness was all that made for a great quarterback then Rick “Crutches” McCutcheon (the only quarterback in NFL history to play a full game on crutches) would be a household name. Instead he’s been lost to time. I only pray that a similar fate doesn’t befall young Mr. Fields. 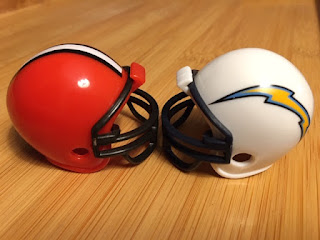 Oh boy, it’s a matchup of 3-1 teams! Big deal! Half the AFC is 3-1. Ok, not half, but 7 of the 16 teams, so pretty close. What is impressive is that the Browns have given up only 13 combined points over the last two weeks. I don’t care who you’re playing, only surrendering 13 points over two games is something to be proud of. Ok fine, maybe if their opponents had been two separate teams of abducted children who were told they needed to score at least 10 points each in order to ever see their families again. If that were the case, outlandish as it may seem, then I would concede that the Cleveland Browns should not be proud of themselves. Good for those kids for getting something on the board though. A feather in their cap if nothing else. 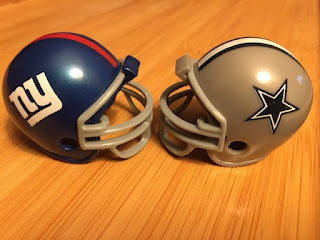 When the Giants won the coin toss in overtime last week Jabril Peppers (New York’s designated toss-caller) acted as if the Giants already had the game won. He knows his quarterback is Daniel Jones, right? But the weirdest part is, he was actually right! The Giants went right down the field and scored the winning touchdown. Could this be the beginning of a new, more confident Daniel Jones? A guy who doesn't fumble six times a game? A guy who you look at and say, “Yeah sure, he could win this game.” Instead of, “I think that guy just crapped himself. I hope they get a shot of his pants soon. Come on, show us his ass! Show us his ass!” I’m going to answer all of those questions with a firm: I dunno, probably not. 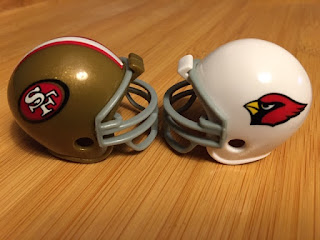 Believe it or not the Cardinals are the only undefeated team in the league. Impressive. But talk to me after the 7th game. Why the 7th? That’s been their line of demarcation the last two seasons. Through the first seven games in 2019 and 2020 their combined record is 8-5-1. For the remainder of those seasons they’re 5-13. That drop in performance could be attributed to injury problems for Kyler Murray, so it’s probably silly to assume that Arizona will automatically get worse starting with the eighth game. But it’s fair to question whether or not Murray can stay healthy and play at this level for an entire season. Hey, speaking of quarterbacks who can’t stay healthy, Jimmy Garoppolo may or may not play in this game. And as is usually the case regarding Garoppolo, I’m not sure if that matters. 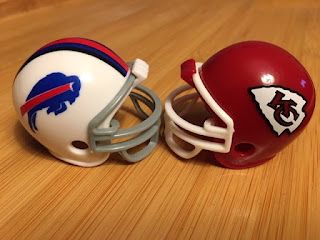 Ohhhh baby, here we go again, it's a rematch last season's AFC Championship game and I am just too jazzed ... Wait a minute, what am I doing?You don't want to hear this from me. Let's just turn it over to Collinsworth: 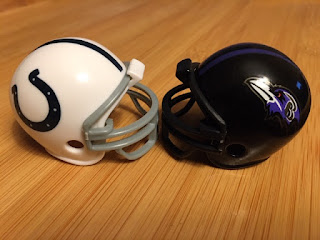 Last week the Ravens were dead set on tying the record for consecutive 100 yard rushing games by a team. So much so that they ran the ball while up 16 with :03 left. And it worked! That run got them to 102 yards! They did it! Congrats Ravens, you’re now tied for a record that nobody knew about! And this week you just might set the new mark! And by the end of the season none of us will remember it! But it was worth it! We all kind of think you’re pricks now; but it was still totally worth it!