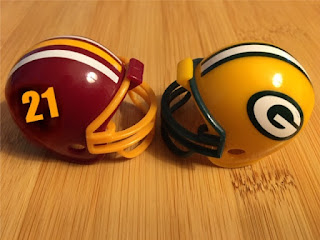 Aaron Rodgers caused a bit of a stir last week when, after rushing for a crucial fourth quarter touchdown, he shouted at the Chicago crowd, “I own you, I’ve owned you my whole life!” I wasn’t too offended by the taunting, but it definitely struck a chord with me, because I’ve said the same exact thing while tearfully shoving clothes into a donation bin. It’s such an emotional process for me that I usually go back to check on them on collection day, so I can see them one last time. And then, without fail, the employees will pluck out my old friends, give them a few sniffs, and start shaking their head as if to say, “No. There are too many farts in these. Smells like years and years of some of the worst farts I’ve ever come across. And that includes the t-shirts.” It’s a lot to infer from a head shake, but I’m fairly certain that’s the message being conveyed. At that point I go yank the garments out of the heartless non-profit workers’ hands. When I get home I put everything back in the closet and whisper, “I own you. I’ve owned you my whole life.” 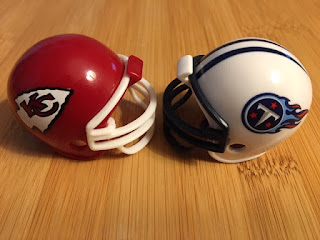 How long has Janoris Jenkins been nicknamed “Jackrabbit?” I’d never heard him called that before Monday. Then the MNF crew proceeded to say “Jackrabbit Jenkins” approximately 46 times. Maybe it’s negligence on my part, but I feel like I watch a good amount of football, and this caught me completely off guard. How many more secret nicknames are lurking out there, waiting to be unleashed upon the world? Are there any more in this game? Maybe a Tightrope Tannehill, or Madman Mahomes, or Jostlin’ Cock Jones. Who’s to say? That’s the most intriguing part of this, we have no idea what’s coming next. But it’s probably Jostlin’ Cock Jones, don’t you think? 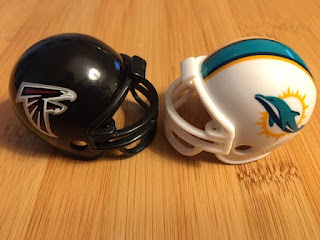 How often does Matt Ryan think about how far away he is from leading a Super Bowl 28-3? It has to be every game. Just consider the amount of effort he’ll put into trying to beat the Dolphins here in Week 7, then imagine that thought creeping into his head, “Even if we win this game, we’ll be 3-3. We probably won’t win the division over Tampa. We’re a long shot to make the playoffs at all. Even if we do we’ll have to win three games on the road to get to the Super Bowl. And then if we do that we’d have to play the game of our lives to get up 28-3 in the second half. And if all of that comes together, we still might lose. Oh great, while I just thought about all that I stood paralyzed with ennui and got sacked. This sucks. Football’s no fun.” See what I mean? Sad stuff. 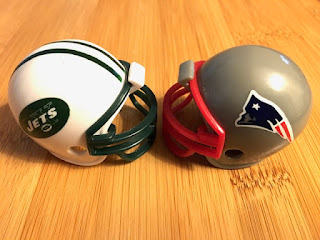 Oh right, the Jets. Did anybody else think they might just not come back after their bye week? Like the NFL called them up and said, “Don’t worry, that’s enough.” The Jets reply, “Are you sure? We've got a few things up our sleeves for these upcoming games. We could maybe even win a couple. We’ll try really hard, we promise!” To which the NFL would just say, “Ssshhhh. Sshhh shhh ssshh,” while holding the Jets’ head and petting their hair. 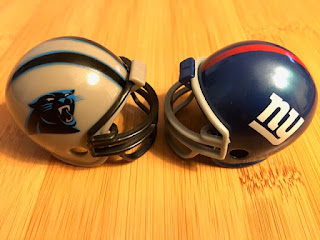 Last week against the Rams Daniel Jones had one of those, “So you wanna be an NFL quarterback?” games. You know, when the TV producers will air a highlight package of the QB getting hit and throwing interceptions and the color analyst will say, “So you wanna be an NFL quarterback?” But I don’t know why they keep asking me that. No! I don’t want to be one. At least not for like the last 20+ years. And with each passing season I am less and less interested considering that I’m past my would-be prime at this point. I hope both Jones and Sam Darnold play well this Sunday, mainly because I don’t want to get hassled by whoever the announcers are. 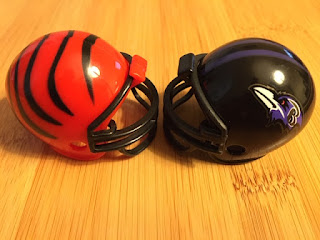 I have to say, this is probably the marquee match-up on Sunday's schedule. It's been a while since the Bengals have been in the gsme of the day. See? So long that I couldn’t even type it correctly. My extremities wouldn’t let me. I’m leaving the typo! It's a matter of principle. This one's for you Cincinnati! Hmm, just heard back from the Bengals organization, and they said they didn't care about my gesture, weren't even sure how it was complimentary to them, and told me to never contact anyone in their building again. What a bunch of asdholes. 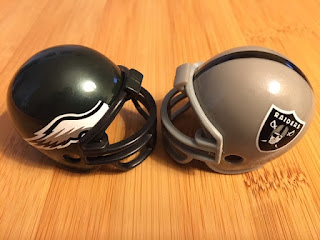 After a hectic lead up to Sunday, I assumed the Raiders would be a little out of sorts last week. Boy was I wrong. And it serves me right, I should’ve expected more from a Rich Bisaccia coached team. Bisaccia always has his guys ready to play. I heard from at least 20 Vegas players who said they’d run through a wall for him. 10 more said they’d break down a door. The other 20 didn’t get back to me. They were probably passed out from practicing so hard or attempting to plow through some other man made object not listed above. Now, would I suspect that this match-up against a struggling Philly team is the perfect spot for a letdown? No! These are Bisaccia boys! (Also the Raiders are playing the Giants next week, so it’s not like they’ll be looking ahead) 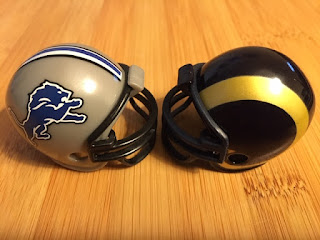 Jared Goff is rolling back into LA with an 0-6 Lions squad. Here’s how I see the conversation going:

Goff: “Really? I’m pretty bruised up. Been getting hit a lot.”

Goff: “There’s like 3 on my face alone. Hard to not see, actually.” 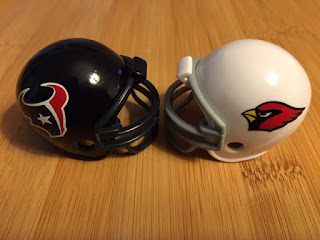 Isn’t this just the same as the last game? An NFC West team about to destroy some poor bastards. We already have a watered down schedule thanks to the six teams on bye, and now we have to deal with this junk? Speaking of junk, on Sunday Deandre Hopkins tweeted a highlight of his with the caption “Hopsational.” Don’t get me wrong, it was an impressive play, my problem is solely with the caption. Was this supposed to be a play on words? What am I missing here? Are we just going to allow any and everybody to slap the start of their name on “sensational” and accept it? I, for one, vote no. Unless it’s something totally Eriktastic. 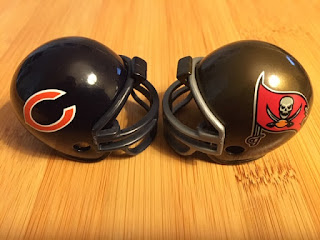 Perhaps the nadir of Tom Brady’s career came last season when he didn’t know what down it was at the end of the Bucs’ loss to the Bears. He looked like a fool, and his team was a pathetic 3-2. His grand experiment had failed. And we laughed. Oh how we laughed at Tom Brady. After that he went on to win the Super Bowl, effectively holding a mirror up to us and saying, “Laugh at yourself you fools!” And he’s right, we’re pathetic. I don’t know about you, but I’ve won zero Super Bowls. Who am I to dare tell Brady what down it is? Let alone laugh at him. Please forgive me Thomas. (Don’t worry guys, I’m trying a new tactic where I’m overly flattering in hopes that it will end up with Brady’s abject failure. It’s not logical, but I’ve tried the other way for so long with undesirable results.) 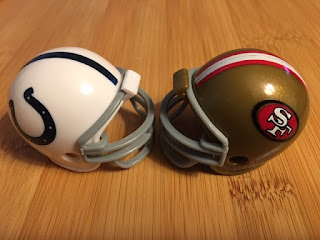 It hasn't been an ideal start for either of these teams, but there's still plenty of time for them to turn it around. One will take a step in the right direction on Sunday night. Who will it be? Don't ask me, let's hear from Cris Collinsworth himself.Confirmed, Aaron Neville, still alive. 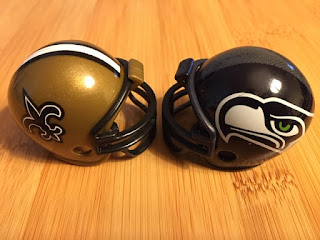 Bad news regarding the Geno Smith experience: he’s had game-ruining turnovers in consecutive games (Though I should point out that the first one was due to Tyler Lockett flopping on his route to buy a call that didn’t come, and the second was caused by T.J. Watt who should have been ejected for punching Alex Collins earlier in the evening). Good news: the Seahawks were right there in both contests. I mean hey, you can’t have a truly devastating turnover when you’re losing by 20 in the fourth quarter, right? It’s better to have competed and blown it than to never have competed at all. Still, it couldn’t hurt to actually win one.