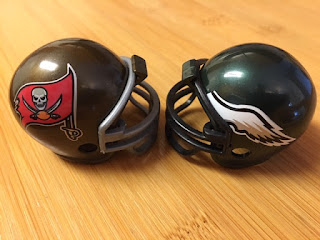 Through five weeks of the 2021 season, the Eagles have proven, without a shadow of a doubt, that they can beat NFC South teams. They’re 2-0 against the Falcons and Panthers, and 0-3 against everybody else. That’s not great news for Philly, considering they only get four games against the South this season. But this week just so happens to be their third. And here comes another lamb to the slaughter, the Buccaneers. “Baaah baaah” Brady will whimper as the Eagles pound him and his cohorts into the turf. You simply do not show up to play the Eagles as an NFC South team and make it out alive. That being said, what do you guys think, Tampa by like 10-14? Yeah, same here.