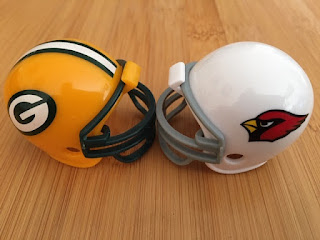 We’ve seen these teams have a couple of playoff classics in Glendale in the past, and who knows we may see another in a few months. But we’re not there yet, so what’s the recent regular season history between these squads look like? Well, they’ve played 8 times this century, and the average margin of victory in those games is 18.5 points. Great, this game’s gonna suck! The league should act now and flex a competitive game like Philly/Detroit into this spot. Just make sure you don’t put this one on the radio while driving, I wouldn’t want you to fall asleep and plow into a restaurant or something. But if you did and got taken to court I’m sure you could explain to the judge that you were listening to a Packers/Cardinals regular season game. “Say no more,” the judge would proclaim as they rule in your favor, and actually make the restaurant owner pay YOU.