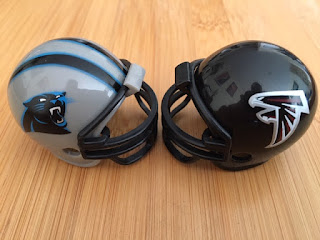 A few weeks ago I said I could envision the Panthers finishing the season at 10-7. I don’t think they’ve won since. But you know, I can still see them winding up at 10-7 if I put my glasses on ... my ROSE COLORED glasses! That’s right, I said it, come at me Panthers fans! I’m sorry, you must have me mistaken with someone that gives an eff. I have slightly more confidence in the Falcons, but that’s not saying much. With a win though, Atlanta would be 4-3, and at worst tied for the final wild card spot in the NFC. And who knows, maybe they’ll sneak into the postseason and make some noise once they’re there. Yeah, and at that point the pigskin won’t be able the only airborne swine, because the Falcons doing anything of note come January will happen when pigs stop rolling around in their own filth long enough to sprout wings and do their best Peter Pan impression, ok?!? That’s right babe, we’re talking when pigs fly here (This is my new writing style, based on an emoji mashup of sunglasses smiley face and smirking face). 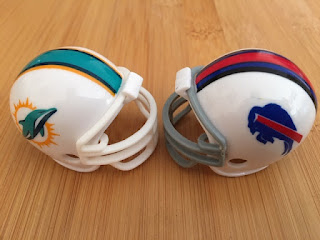 Did you know that every team in the AFC has two losses? Well ok, not the Dolphins, they have 5. But hey, you can’t count to 5 without counting to 2! But if we’re talking teams with exactly 2 losses then it’s a group of six: Bengals, Raiders, Titans, Bills, Ravens, Chargers. But that’s still a surprisingly high number. The question now is, which team is going to step up and separate themselves from the pack. Come on, who wants it most?!? Put your hand down Dolphins, I was only talking to the two loss teams. Yes, I know this is your space, and I should be discussing all the games you’ve lost. I’m sorry! I’ll get to that next week, I promise. I mean, it’s not like you’re gonna stop losing this week, right? Riiiiight ...? Come on ... Ahh, there’s that smile! 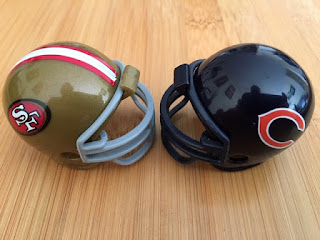 Jimmy Garoppolo continues to make a confused, perturbed face every time he throws an interception or fumbles, or just does something antithetical to winning. It's a look that conveys a sort of “What’s going on here?!? How the hell did that happen?” attitude. It’s as if he doesn’t realize that he’s not very good. The rest of us have a full understanding of Garoppolo’s limitations as a quarterback, yet he remains bewildered by his lack of domination. I won’t blame him if he gets that look on his face a few times this game after watching Justin Fields throw the ball. The Bears rookie is good for a few head-scratchers per quarter. The important thing for Fields to remember is that he shouldn’t be the one scratching his head afterward. Don’t be like Jimmy G, understand your flaws and move forward. But don’t move forward right into that d lineman, ah no, throw it away! No like out of bounds! Argh. How the hell did that happen? 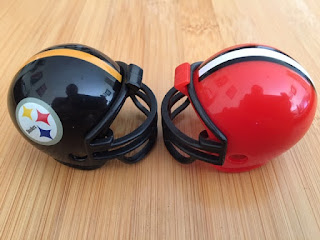 Myles Garrett’s will likely force Ben Roethlisberger into retirement by the end of this game. Not due to a serious injury or anything, I just think Garrett will sack and harass Roethlisberger enough that at some point in the second half the Steelers offense will take the field and Ben will shrug and say, “Nah.” And that will be that. Roethlisberger’s career will officially end, 6 or 7 weeks after it unofficially did. One day the Steelers organization will erect a statue of Big Ben to commemorate his 2021 season. It will be a unique piece, because it’ll double as a live reenactment of his final games. 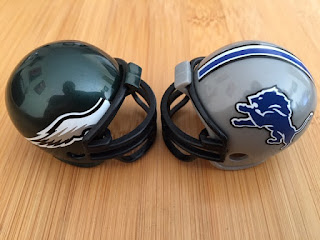 The Lions threw everything they had at the Rams last week and lost. Now do they have anything left for the Eagles, a team they could maybe actually beat? It’s like so many movies or TV shows where the protagonist tries so hard to get the popular guy or girl to notice them that they don’t realize their real match was right in front of their noses all along. Maybe it’s too late for the Lions now though. Or maybe ... maybe if they hurry they can catch the Eagles' bus before it leaves for the airport. If Detroit can’t get to them in time Philly will get on the plane for that study abroad program and the Lions won’t see them for a whole summer! Go Lions! Here, take my car, I know yours got totaled when you crashed it in the big drag race in an attempt to impress your crush. It doesn’t matter now, none of it does! All that matters is that you stop the Eagles and tell them how you feel! 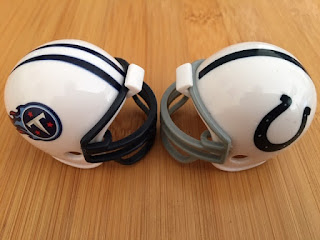 The Titans have two impressive victories over the Chiefs and Bills, with one of their losses coming against the Cardinals. At this point, a loss to Arizona is nothing to hang your head about, though they did get blown out. Either way though, Tennessee is putting together a pretty solid resume. Oh wait, I was meaning to ask, who was their other loss to? The Jets?!? That’s it, shut it down. Season’s over Titans, you can all go home. Sure, maybe it’s unfair to judge a team by one bad performance, but some besmirchings are hard to ignore. Vince Lombardi said it best, “One loss doesn’t define a team. Unless we’re talking about a loss to the Jets. Pew ew! Them guys are stinky like a diaper. A used diaper, of course. Ya know, one that’s filled with baby shit?” At this point all the Titans can do is keep winning and hope that everyone forgets about their ignominious defeat. Easier said than done though, some smells just don’t go away.
Titans 30-24 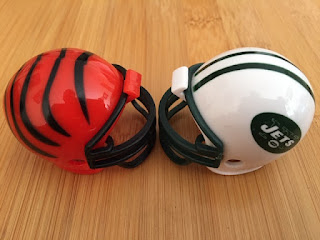 This looks like a classic trap game scenario for the Bengals. They just had a huge win over the Ravens, and they have a game against intrastate and division rivals Cleveland next week. Plopped right down in the middle like a mangy stray dog that wondered into your house and jumped into bed with you are the Jets. Yes, it certainly looks like a trap game. But it’s not, because it’s Halloween baby! That’s the Bengals' holiday! Their original owner Paul Brown liked All Hallow’s Eve so much that he patterned the team’s colors after the holiday. A lot of people think that Cincinnati’s colors are orange and black to match a bengal tiger, but nope it’s all about Halloween. Another reason that Cincy couldn't possibly blow this one is because the Jets are starting Mike White at quarterback. That’s right, the man that brought you School of Rock and White Lotus and 6th place finisher on The Amazing Race is going to be under center for New York. Go get em pal! 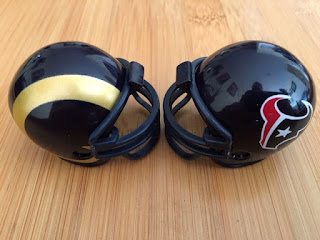 The Rams almost dumped the couch last Sunday against Detroit (Look, I’m tired of “shit the bed” alright? I’m going with “dumped the couch” from now on). Perhaps LA’s poor performance was because they were looking ahead to this one ... against the Texans. Or maybe they were so bored by the fact that they had to play the Giants, Lions, and Texans in a row that they just phoned one in. You know, like when you’re on a long, boring road trip, so you just activate your car’s auto-drive. Then you remember your car doesn’t have auto-drive, so you grab the wheel right before you plow into a herd of cattle and steer yourself to safety. Cattle? Steer? Uh yeah, sounds like these guys are ready for Houston. “But those two words were just in your analogy, they have nothing to do with the Rams.” SOUNDS LIKE THESE GUYS ARE READY FOR HOUSTON. 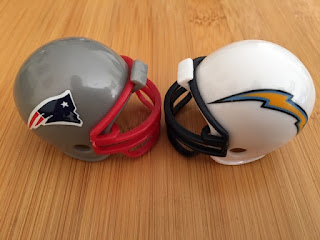 The Chargers have had almost two full weeks now to stew over their blowout loss to the Ravens. And in that time the Ravens got blown out. Man, that must feel like a double blow out. That’ll cost you extra at Dry Bar. But when you see your hair, it’s very worth every penny. And the confidence you gain from it is priceless. So I guess I’m saying that the Chargers should all go get their hair done before the game to regain their swagger. 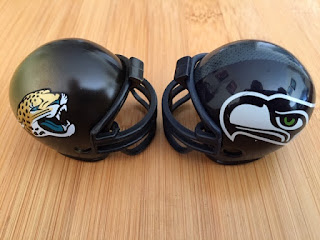 The Jags got their first win of the season a couple weeks ago in London. That’s enough, right? No need to keep trying to win now. They’ve ensured they won’t suffer the embarrassment of a winless season, now they can just build to the draft. Why stand in the way of other teams that are in win now mode like the 2-5 Seahawks? The honorable thing to do would be to take their losses with a smile and wish their fellow gents good luck. And that’s just what Jacksonville will do, because there’s no one more honorable than their coach, Urban Meyer! ... These assholes are going to keep trying to win aren’t they? 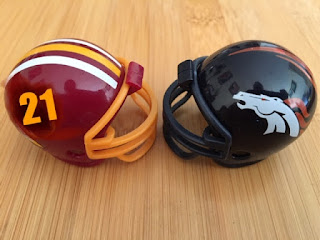 Earlier this week the Broncos traded a 2024 6th round pick for a LB named Kenny Young and a 7th round pick. Where does that put that player’s value? He and a 7th round pick are worth a 6th rounder. Is he the equivalent of like a 9th round pick? The draft doesn’t even go that high anymore. Also, is there an inflation rate on draft picks? Is a 2024 6th worth the same as a 2022 6th? I guess the 2022 would be more valuable because you get the return sooner. That makes Kenny young even less valuable. He’s like a late 10th round pick. And again, I should point out that we’re making up fake rounds in the draft to try to equate to this actual player’s worth. I’ll bet he goes for like 20 tackles this week just to shove it down out throats. If so, maybe Denver could sell high and flip him for a 2029 5th. 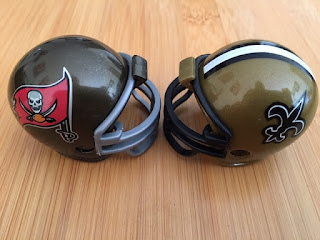 After watching my first full Saints game of the season, I can confirm what I already suspected: Sean Payton is deadly afraid of his own quarterback. So much so that he’s made Jameis Winston into a game manager. That’s an unforgivable crime against the football public if you ask me. We’re here for the picks, the tuddies, the inexplicable fumbles. Instead we’re getting screen passes and check downs. And sure, it all seems to be working well enough for now, New Orleans is 4-2. But what happens when they lose a couple games in a row? Maybe Jameis gets that itch again and starts flinging the ball to anyone who wants it. Yeah Sean Payton will try to bench him, but guess what, Jameis is bigger than him, so he’ll just beat up his coach and put himself back in. We’re operating on playground rules now baby! Man I can’t wait. Now we just need the Saints to pick up a couple L’s. This Sunday should be a step in the right direction. 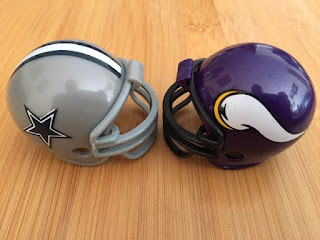 The Cowboys come off of their bye week to take on the Vikings in this intriguing NFC match-up. Let's hear from Cris Collinsworth to find out just how intrigued we should be:

I agree Cris, it doesn't feel fair to make a pick on this game without knowing Prescott's status, so I won't do it! Or rather, I'll pick for both possibilities. 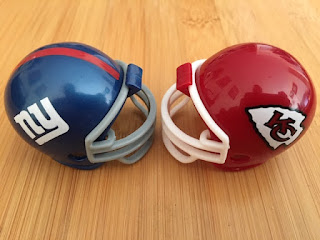 It’s a match-up of last place teams on Monday Night Football! Though, to be fair, the Chiefs are tied for 3rd in the AFC West. And over in the NFC East, the Giants are tied for ... 2nd?!? Turns out everybody other than the Cowboys is 2-5. Kansas City should be very motivated to get moving in the right direction with a win. But if sole possession of 2nd place in the NFC East is up for grabs expect New York to come out with their hair on fire. Then they'll freak out and dunk their heads in the Gatorade jug to put out the flames. For the rest of the game they'll feel off because their heads will be gross and sticky. That's just the type of opening you can't give the Chiefs, even in their current state.