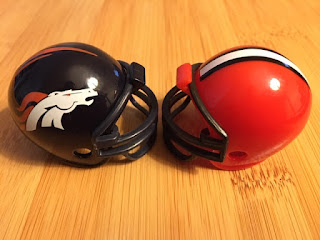 Baker Mayfield has been ruled out for this game after re-injuring his should on Sunday. I don’t think the top brass at Fox was wishing for a more negative prognosis for Mayfield, but you just know they didn’t want him playing in this game. All along they were drooling over the possibility of a Case Keenum revenge game! As is the rest of America. I think we all remember, and look back fondly upon, that one season he played with the Broncos. Ya know, back in 2018, or was it 2016? ‘98? No, I think that was still Elway. Anyway, Keenum is no doubt dying to get some payback on Denver after their acrimonious break-up. Or did it not get ugly? Now that I think about it maybe he just had a one year contract and that was that. Both parties went their separate ways. Or did he get traded? Look, no one knows the real truth, the guy doesn’t even have a Wikipedia page. Despite that fact, Keenum is ratings gold. And when you get him facing one of his 6 former teams, you might as well name your price, because the advertisers are gonna be begging you for a slot.