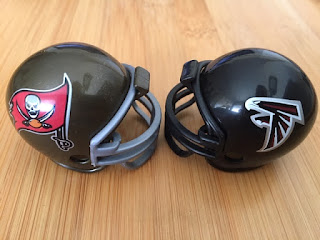 I don’t think I’d be surprised no matter how the Bucs’ season turns out at this point. Win the Super Bowl again? Sure. Lose four games and miss the playoffs entirely? Unlikely, but I guess I could believe it. A touchdown on every drive from now on? You’re kind of pushing it now, but ok, sure. Safeties, nothing but safeties? What does that even mean? Whatever it is, no, that’s not going to happen. Yes, I know I said nothing would surprise me, but that’s before I knew you were gonna pull this shit. Just for that, NO safeties for anybody. Sorry, you brought this on yourself. 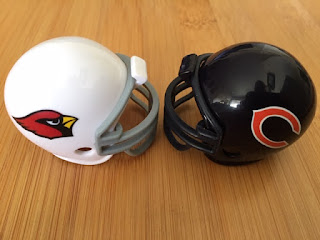 The Bears are coming off a 2 point win over the Lions. The transitive property means you can safely assume they’ll lose their next game as long as it’s against someone other than the Lions. And that’s exactly who they’re playing on Sunday, not the Lions. Tough break for the Bears. As it turns none of Chicago’s remaining games are against the Lions. As a result it’s quite possible they won’t win again until next season. 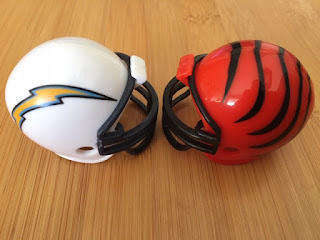 For the last couple weeks the Bengals have performed at a level that should inspire confidence in us all. So you know what that means ... they’re definitely losing this game. We’ve been through this before with Cincy. After they crushed the Ravens to get to 5-2 they promptly followed that up with a loss to the Jets. Though perhaps the fact that the Bengals are playing a (maybe) quality opponent now means they won’t sleepwalk through this game. And if that’s the case then the good news for Cincinnati is that the remaining teams on their schedule are currently all .500 or better. I imagine the Bengals looking at that, getting a wry smile on their face, and saying, “Wouldn’t have it any other way ...” then losing every single game. 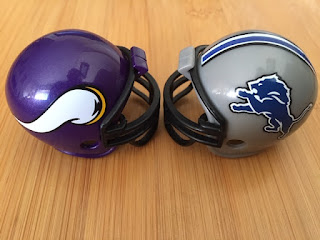 On Thanksgiving, Lions coach Dan Campbell illegally called consecutive time outs with 1:54 left in the game. This cost his team 5 yards, giving the Bears a much better chance to convert a crucial 3rd down, which they did. On the ensuing 1st down, Chicago called a timeout as the play clock wound down to get their strategy in order. Makes sense. What doesn't make sense is that Dan Campbell was trying to call his third timeout at the exact same time, after almost the whole play clock had run out! First off, that’s stupid because he wasted :35, and it’s also nonsensical, because why would he even care to stop the Bears from taking a snap at that moment? Was he afraid they had his coverage beat? Good! The best chance Detroit had at winning was letting Chicago score a touchdown and getting the ball back as quickly as possible. It was a stunning avalanche of ineptitude from Campbell and company. I will no longer feel bad for them if they go winless on the season. I now believe they deserve it. Alright, maybe that’s a bit harsh, I’m gonna pause for a minute and think that over. See, now that’s an appropriate use of a time out. 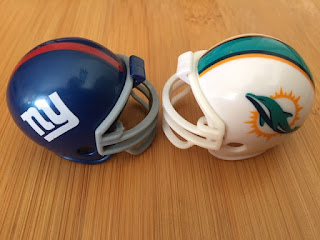 Both of these teams are getting some, "Hey ya know they’re not that bad" buzz. And I agree. These squads are both getting to that level we’re they’re just good enough to not make the playoffs while also playing themselves out of a top 10 pick in the draft. It’s that real sweet spot of mediocrity where your fans resent you doubly. Come to think of it though, the Dolphins don’t have their own pick in the first round (they do have the Niners’), so continuing to win won’t hurt them. Also, the Giants have the Bears’ first round pick in addition to their own. So really, both teams should feel free to win out. Then again, that was probably their mindset at the beginning of the season, and that’s turned out less than ideal. 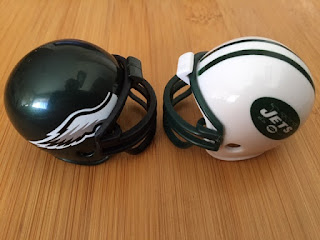 A week after an abysmal game in a MetLife Stadium loss to the Giants, Jalen Hurts and the Eagles must return to the Meadowlands. This has to feel like a recurring nightmare for Hurts. A nightmare where he shit the bed. It’s a real deja poo scenario. But with Philly just on the outside of the playoff picture, Hurts has no choice but to climb out of his bed, peel off his messy pants, rinse his buns, wash his sheets, take an Imodium, wash his sheets again, then get back out there and show MetLife who’s boss. Or at least try. We all know he can’t be the true boss of MetLife, that’s Snoopy. 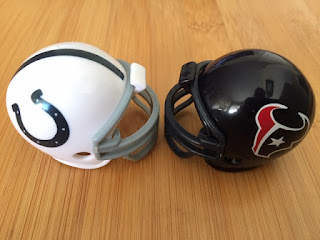 After playing Buffalo and Tampa in consecutive weeks, the Colts get a respite in the form of a trip to Houston. Sometimes NFL scheduling actually works. Of course, sometimes it doesn’t, which is the case for the Browns right now. They played a lousy game at Baltimore last Sunday night, they have a bye this week, followed by a home game against ... Baltimore. That’s like having a terrible day, going to sleep, then waking up to realize it wasn’t a dream and that you have to deal with your problems all over again. But do you actually deal with them? No. You just keep trying to sweep things under the rug, ignoring the fact that the real problem is looking right back at you in the mirror. At this point some of you might be wondering what this has to do with this Colts/Texans game. Sounds like your typical deflection strategy to me. When will you learn? 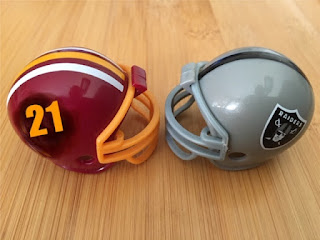 The Raiders are in a pattern of zigging when we all expect a zag. Winning games we don’t think they will and then completely no showing in what should be easy victories. They’re trolling all of us collectively ... and me specifically. Go back and look at the comments on all of my past posts, it’s nothing but the Raiders telling me to eat poison or cook my own head. Nevertheless, I continue to write, undaunted by the vicious professional football team that relentlessly attempts to drag me down to their level. Nice try Vegas, but when you go low, I go high. And while I’m up here I’m going to drop bags of piss on you. And sorry, I’m not gonna tell whose piss it is. But it might be mine, and I might have been eating a lot of asparagus lately. 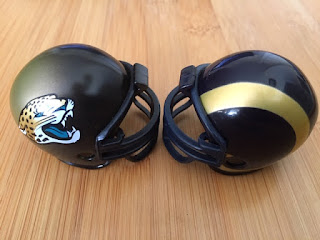 The last time the Rams had a home match-up against an opponent this inferior they almost lost to the Lions. Since then they only have 1 win and are currently on a 3 game losing streak. Maybe that narrow escape against Detroit shook them to their core. I mean, if I barely beat the Lions I’d have a crisis of confidence too. And I’m just one man, the Rams are 53. A blowout win over the Jags could kick start a late season turnaround for LA. Then again, another poor performance could send them plummeting into an even deeper existential pit from which there may be no return. Or I guess they could win by like 13, which would equate to some sort of purgatory, and probably an eventual first round playoff loss. 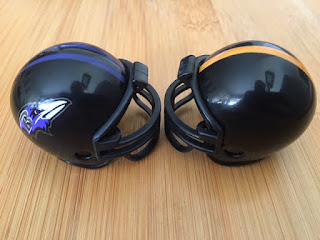 Anyone watching the end of last Sunday’s Steelers/Bengals tilt had to be wondering why Ben Roethlisberger was still in the game with his team down by over 30 points. Heart? Hmm, maybe. Punishment? Could be. But I think it’s more likely that at this point in his career Roethlisberger has no idea what the score is at any given moment in a game. He just picks up his helmet and walks on to the field without a thought in his head. Then he continues to play without any thoughts in his head. Though now that I’m thinking about it, it’s debatable if that’s any different from the rest of his life. 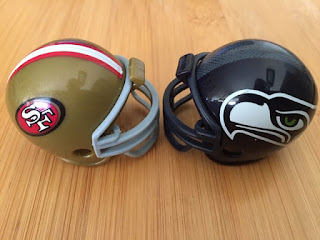 Nine Decembers ago, this match-up was flexed into Sunday Night Football, officially christening the Niners/Hawks rivalry as one of the hottest in the NFL. Now, in Week 13 of 2021 it’s been flexed out of Sunday Night Football, officially signaling that a national audience is no longer interested in watching these teams play each other at this point. There are a lot of contributing factors, but I think we can all agree that the Niners are to blame. Their lack of consistency and inability to keep star players healthy makes them a risky bet for prime time games. Pretty sad the shape that this franchise is in. I just hope they find some semblance of success soon so that this rivalry can become relevant once again. 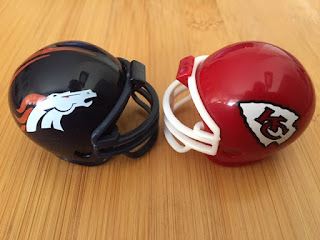 The Chiefs' offense is back! Or maybe. They exploded for 41 points against the Raiders in Week 10, but then managed only 19 against Dallas and took last week off. Meanwhile the Broncos seem to be a different team from week to week. So who knows what to expect? Perhaps only one man, Cris Collinsworth: 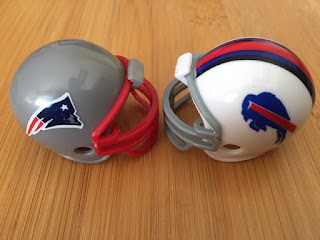 This has to be frustrating for Buffalo. After going 13-3 last season and winning the AFC East following the departure of Tom Brady, the Bills must have thought this was their division now. “You had your time New England, now it’s our turn! Um excuse me, what do you think you’re doing? Hey, why are you winning so many games? Shoot, we just lost another one because we were too busy worrying about this. What’s our record now? They’re ahead of us?!? How did this happen?!? We got one year to be happy?!? That’s it?!?” That was an official statement from the Bills organization. It was printed on their letterhead and everything.