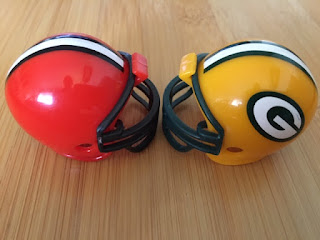 The Packers are now alone in 1st in the NFC. Who can stop them? Themselves! Or possibly the Bucs. Maybe the Cowboys, Cardinals, or Rams, or perhaps even the 49ers. The point is, it seems like a pretty even field in the NFC this season. Anything other than a trip to the Super Bowl has to be considered a failure for Green Bay after consecutive conference title game losses. It’s like getting something pretty good, but not exactly what you wanted for the past two Christmases. Sure you appreciate the effort, but if Santa doesn’t get it right this time you might have to move to Denver. 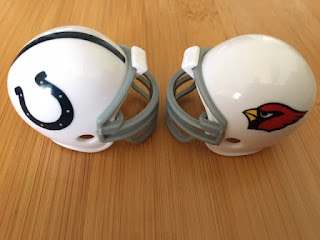 Do you think since it’s Christmas the Cardinals will put one of their running backs in at linebacker and have him rush the QB? What I’m saying is, will Conner be blitzin'? Probably not. More likely he’ll be a dasher or dancer or prancer. As long as Arizona is willing to comet to the run that is. And uh ... Cupid and vixen. 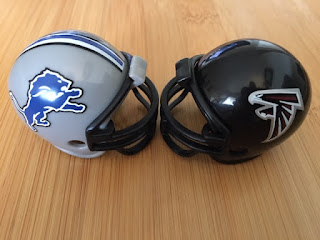 If last week was the Lions' Super Bowl, that means this week is their Pro Bowl. Assuming we’re on the old schedule, that is. So maybe half their players will skip the game. Perhaps I’m taking the analogy too far. But I doubt it. The Falcons are on the verge of being eliminated from playoff contention, and there would be no more ignominious way to officially end it than with a loss to Detroit. Well, I suppose a loss to Detroit followed by all of the Falcons’ children saying they saw what happened and that they want to go live with the Lions would be more ignominious. 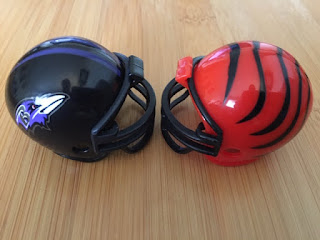 Last Sunday the Ravens once again lost on a failed 2 point attempt at the end of the game. That’s the second time in three weeks. And in between they lost a game by 2. A lot of people have questioned Harbaugh’s decisions to go for it, but I just question the Ravens ability to convert 2 pointers. Hey, if you’re good at getting two yards at a time, by all means, go for the win! But if that’s not your strong suit, then maybe know your limitations and don’t blindly trust analytics. You have to wonder if Harbaugh will go for it again if presented with the opportunity this week. Meatloaf would encourage him to do so, because two out of three ain’t bad! Hmm, except that would be two misses. I don’t think that’s what the Loaf was talking about. 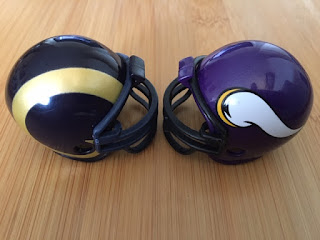 You gotta think the Vikings are gonna have the roof at U.S. Bank Stadium open for this one against these SoCal softies. Hmm, you know what? I just remembered the roof at U.S. Bank Stadium isn’t retractable. I guess there’s only one option then, blow the damn thing off! I don’t care how many millions of dollars it costs, or how integral the roof is to the structural integrity of the building. The best chance the Vikings have to win this game is to welcome in the elements. If you can think of a better, less expensive, less recklessly destructive option, then fine, I’m all ears. Ok that was misleading, I don’t want to hear a damn word out of your mouth. The roof’s coming down and that’s final! 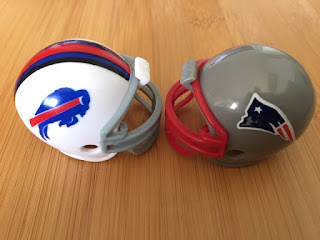 Notoriously unvaccinated Bills receiver Cole Beasley will miss this game because he contracted COVID. But as he tells it, he’s not missing this game because of COVID, but because of the rules! And to be clear the rule he is referring to is the one that says if you have COVID you can’t play in a game. Hmm, this is strange, but it seems like Beasley’s logic might be flawed, or that his perspective is warped somehow. Weird. Also surprising. Meanwhile, on the field, if the Patriots win this game they’ll clinch the AFC East title. But that won’t be because the Bills aren’t better than New England, it will just be because of the rules that say teams with the best record in a division are declared the champions. 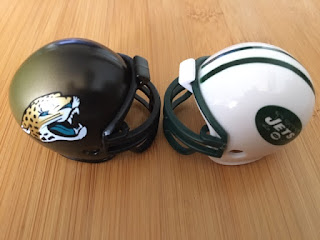 Did the league put the Jags in some new lower division? Last week they lost to the Texans, now they play the Jets. Is Jacksonville facing relegation if they lose again? And if so is there a CFL team waiting to jump into the NFL? At the very least we deserve a game between the Jags and the Winnipeg Blue Bombers with the winner granted entry into the NFL in 2022. 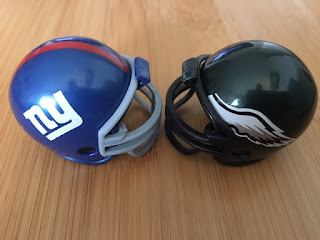 On Monday the Giants shut Daniel Jones down for the remainder of the season; just as NFL defenses have done for the majority of Jones’s career. As a result, New York will turn to Mike Glennon and/or Jake Fromm at quarterback the rest of the way. And in future news, the Giants have finished the season at 4-13. Also in future New York headlines: “Judge Faces Jury and Executioner; Giants coach tried for crimes against football ... and also murder.” Whoa! Stay tuned. 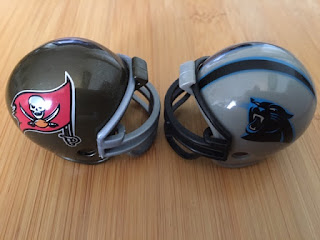 The Buccaneers were shockingly shutout last Sunday night against the Saints. They’ll need at least one point this week if they want to avoid consecutive losses. Though judging by what I saw from Cam Newton last Sunday zero points may be enough to salvage a tie. His last pass of the game, which sailed softly into the hands of a Bills defender, was reminiscent of a grumpy child choking down the remaining vegetables on their plate before they’re dismissed from the table. Just let him sit on the bench honey, he’s done enough. No. He’s gonna play every last snap, and we’re not leaving until he does. Poor Cam. Just know that if you have to have two Christmases next year it’s not your fault. The interception probably didn’t help, but it’s not (completely) your fault. 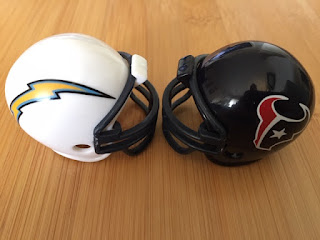 Brandon Staley’s aggressive fourth down philosophy was put to the test last Thursday against the Chiefs, and it failed, with the Chargers repeatedly unable to convert multiple red zone possessions into points. But hey, shooters gotta shoot. You think if Steph Curry were out there he would’ve stopped going for it? No way! Though Curry does shoot field goals, so maybe he would be partial to kicking it. And with his long range proclivity he’d probably attempt a field goal as soon as the team crossed the 50. So maybe that was a bad analogy. The point is, Staley can’t change his mindset now, otherwise the field goal-loving Steph Currys' of the world win. 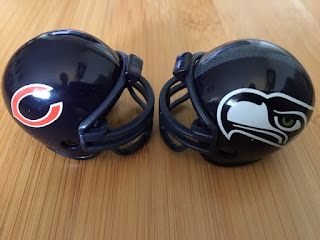 These teams have only played 3 times in the last 9 seasons. That’s the standard rate for intra-conference foes, but the fact that they haven’t lined up in terms of placement and played each other any extra is surprising. Especially considering they played every season from ‘09-‘12. Five matchups if you include the playoffs. It makes me wonder if something happened back in 2012. Did they have a falling out? Or maybe after trying to get it right so many seasons in a row they decided it was time for a break. But before they left each other they agreed that if neither of them were married in three years they’d meet back up at Christmas and give it another try. Maybe, just maybe, this will be the time it all works out. 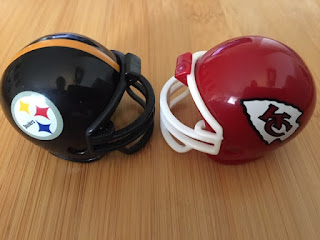 The Steelers won another game by the skin of their teeth in Week 15. So did the Chiefs, but KC is like Will Smith to Pittsburgh’s Tommy Lee Jones, they make this look good. To make matters worse for the Steelers, they won’t be men in black this week as they’ll be playing on the road. Pittsburgh is only 2-4 away from home, with their last road victory coming on Halloween. Sorry Steelers, it’s X-mas time baby, not All Hallows’ Eve, and you ain’t scaring nobody. 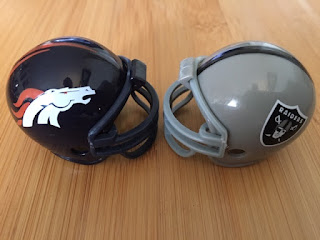 If we’re talking about these teams' records it’s 7-7 7-7 in Las Vegas. What is this a slot machine? With four columns? I don’t think that’s the typical number, but there are so many different ones out there now that it’s hard to say. I saw one the other day that was based on Making a Murderer. So a 4 column slot machine certainly isn’t out of the question. One way or another, the loser of this game is out of luck. They’ll have to take their empty, over-sized coin cup and go home. 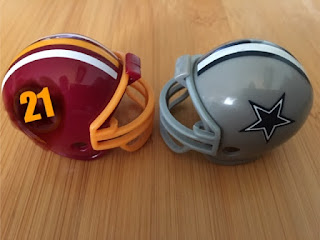 The Cowboys are on their way to an NFC East title, but ca the reigning champs spoil their Christmas weekend? Cris Collinsworth lends us his expertise: 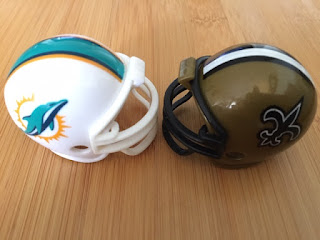 The Dolphins are on fire! Maybe! They’ve won 6 in a row, but those wins have come against the Jets (twice), Texans, Panthers, Giants, and Ravens. Maybe they’re just the kings of the lousies. But hey, there’s gotta be a sexiest man in Duluth. Don’t hate him just because that’s where he’s from and he’s afraid to move to a bigger city for fear that he’ll no longer be the most attractive man in town. Now the Dolphins get a COVID-depleted Saints squad. Looks like the fish will be residing in Duluth for at least another week.