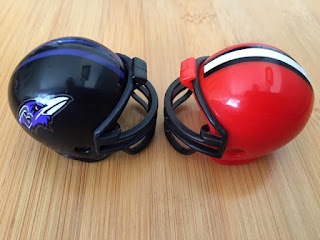 Hey remember when these teams played a terrible game on prime time 2 weeks ago? They’re back for more! But hiding amongst 6 other day games like a shamed pet. What they did on that Sunday night was bad. Very bad. Bad boys! I’m flushing all their treats down the toilet. Well great, now the toilet’s clogged. Ya know, if a product shouldn’t be flushed down the toilet they should really make that known on the label. Or maybe even provide a chart that illustrates how much of it can be flushed. For instance, can 3 pounds be flushed at once? No? Ok, well thanks for the heads up, now I know not to flush 3 pounds of dog treats down the toilet. Now I don't have to call a plumber and try to explain that I tried to flush multiple bags of dog treats in an effort to shame the Baltimore Ravens and Cleveland Browns. 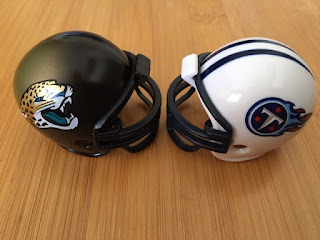 The Titans are following up their bye week with a visit from the Jaguars. It’s always nice to have a light week of work when you come back from vacation. Hold my calls, cancel all my meetings, and get me a home game with the Jags. 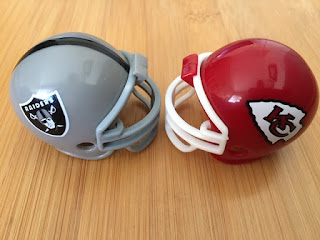 The Chiefs offense is back ... to be being lackluster. I thought maybe they were breaking out of their almost season-long funk after that last Raiders game in Week 10, but that no longer appears to be the case. In the two games since they’ve averaged 20.5 points. And when you consider that they averaged just 16.5 in the two games prior to Week 10, that performance against Vegas is looking like an anomaly. But here’s the thing, KC has won all of those games I just referenced. They’re on a 5 game streak and are back on top of the AFC West, so who cares if they don’t put up huge point totals anymore? Well, fantasy owners, casual fans, touchdown investors. Yes, touchdown investors. The market has dried up on the Chiefs this season. I bought high and can’t unload anywhere now. If Mahomes doesn’t get it together soon I’m going to have to sell my house! 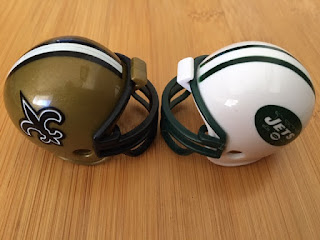 We all made fun of Taysom Hill’s big contract extension, or at least I did. And ya know what, I felt vindicated last Thursday when Hill threw 4 picks during the Saints' loss to the Cowboys. Sure, he ran for over 100 yards, but that kind of illustrates the problem: he’s not a professional quarterback. Now, New Orleans isn’t paying him starting quarterback money, but they’re still paying him way above normal X factor money. Though, his $10 million per season is probably right in line with what Simon Cowell made on The X Factor, but I think we both know that’s not what I was talking about. Oh, you did think that’s what I was talking about? I’m not sure how to respond to that. It seems like either you’re lying or just a ridiculous person. 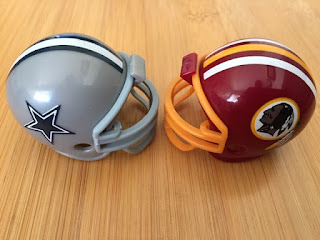 Washington has won consecutive games by the same score: 17-15. That exact final score hadn’t happened in an NFL game for 5 years prior to two weeks ago.  Now Washington has accounted for 2 of the 14 all-time occurrences within a week (Monday 11/29 and Sunday 12/5). Is there any chance for a turkey? Uh yeah pal, but you’re a bit late, we already ate it all on Thanksgiving! But if you’re seriously asking about the odds of a third straight 17-15 final, well don’t hold your breath. The Cowboys have only totaled 15 or fewer points once this season, so it doesn’t seem likely. Then again, this is the time of year to believe in the extraordinary. And if Washington wins this game 17-15 who’s to say anything is impossible? Of course, if that doesn't wind up being the final score it will just reinforce the idea that there is no Santa, or even a god. So there’s a lot hinging on the result of this one. 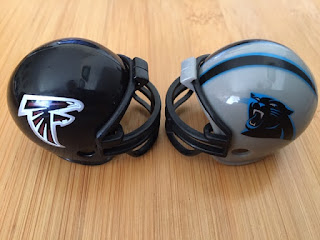 It’s America’s favorite rivalry! Falcons and Panthers! And this time there’s playoff relevancy! Both teams come in at 5-7 and needing a win to keep pace in the NFC’s pathetic playoff picture. This is not what the founding fathers had in mind when they created the 3rd wild card spot, but nonetheless here we are. The Falcons seem like the pick here, but it’s hard to trust them. It’s no easier to trust the Panthers though. Of course, I don’t trust anyone aynmore, not since what happened at that McDonald’s. I said NO onions on the McRibs! 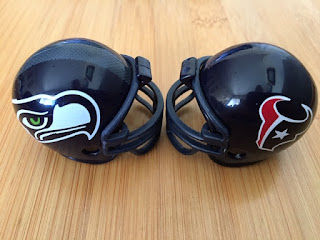 Houston beat Tennessee in Week 11, then promptly followed that up with a loss to the Jets and a shut out from the Colts. I guess that aforementioned Titans win, their second of the season, went to their heads. Either way, the Texans are now the only team in the league that’s been mathematically eliminated from the playoffs. And that includes the Lions! Some would say Houston has nothing to lose. I’d argue they have nothing to win. They might as well lose out and get the best draft pick they possibly can. And with their benching of Tyrod Taylor in favor of Davis Mills it seems like that’s exactly what their aim is. Now what is Mills’ aim? Usually off. 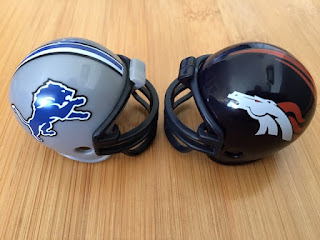 Under Vic Fangio, the Broncos are 1-20 when losing at halftime. So if you check the Denver score at halftime on any given Sunday and they’re behind you have no reason to watch the rest of that game. One could argue there would be no reason to watch the first half of a Broncos game either, but that’s not the point. Perhaps if there’s one team in the league that Denver could overcome a second half deficit against it’s the Lions. Correction, it was the Lions. That’s before Detroit got their first win last week. Now they’ve got a taste for blood and they’re hungry for more. The good news for them is that they only have to win one half, the rest will take care of itself. 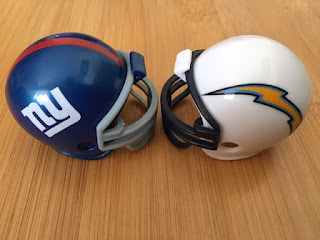 Over the last three weeks the Giants have scored 10, 13, and 9 points. Sounds like the first three holes of every golf round I’ve ever played. On the fourth hole I usually drive the cart into a sand trap and walk off into the woods. What if there are no woods, you ask? Simple, I walk into the irons.  Look for the Chargers to win and the Giants to have another terrible hole. You can mark them down for an 8 though. 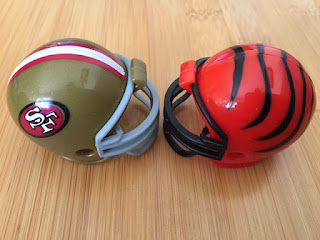 Both of these teams crashed hard last week and now find themselves clinging to the final playoff spot in their respective conferences. Their Week 13 losses should have shocked no one though, considering these Bengals fall off a cliff any time they get to 3 games over .500, and the 49ers can’t beat the Seahawks. Seattle has bested Frisco in 17 of their last 20 meetings. Now that these squads’ inevitable pitfalls are out of the way they’re free to win this week. However, one must stay in the pit, where they will live for at least another seven days, feeding off whatever scraps are cast aside from the fans in the stadium. Will the lack of nourishment result in weakness? Or will their desperate struggle to fend for themselves result in a sort of feral tenacity and make them the team that nobody wants to play in the postseason? Mostly for fear of rabies. 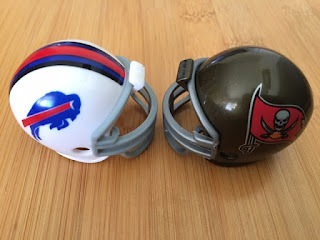 Earlier in the season a lot of people would’ve thought this was a Super Bowl preview. Now? They’re still saying that. I should’ve specified that the people in question are Bills fans. It should be noted last season the Bucs were 7-5 last season before winning 8 straight en route to a Super Bowl championship. Could the Bills pull off a similar feat? Sure. They just need to start playing better than anybody else. That was the key to Tampa’s run last season. And most Super Bowl champs, come to think of it. If Buffalo can tap into something similar they have a great shot. 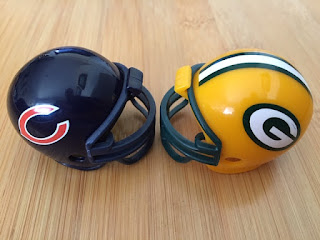 On paper this doesn't look like a competitive match-up. But games aren't played on paper, they're played on grass, exclusively now that the Raiders don't have a baseball infield in play. While that dynamite analysis should suffice, let's go the extra mile and hear NBC analyst Cris Collinsworth's thoughts on this one: 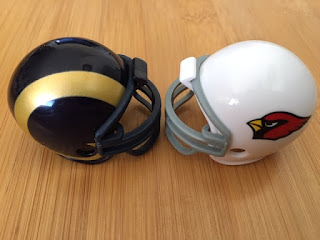 The Cardinals can all but clinch the NFC West with a win this Sunday, which should make the Rams the more desperate team. But if you ask me, the Rams have been desperate for some time now. They regularly unload draft picks to trade for big name talent. I don’t think they have a selection in the first three rounds until 2027. If desperation equaled wins the Rams would be undefeated, and I would’ve had more dates in high school! But seriously folks, just because LA needs the win more doesn’t mean they’ll get it.