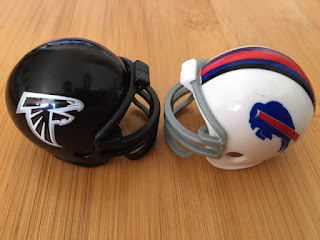 The Bills are back on the inside track to win the AFC East. All they have to do to clinch the title is beat the Falcons and Jets. Seems easy enough, but so is walking, and I still stub my toe plenty. If Buffalo concentrates and keeps their head down they should have no problem winning their division for the second straight season. But if they lose focus for even a second they could be on the road to start the playoffs, and spend the rest of their time hobbling around their living room growling, “Fuuuuuuuuuhhhhgg” under their breaths. 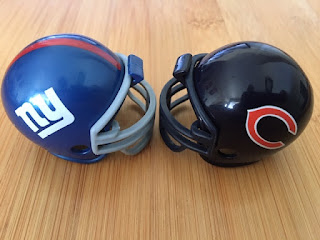 The Giants have the Bears' first round pick in the upcoming draft, so losing this game would help and hurt New York’s positioning. What a catch 22! Speaking of, what are the odds that Giants players catch 22 or more balls in this game? You’d get fairly even odds either way, because in 9 games so far this season New York has completed between 21 and 24 passes. You might not hear a lot of buzz around that stat this week, but I for one will be tallying every Giants completion directly onto my wall. Do I have one of those chalkboard walls? Nope. 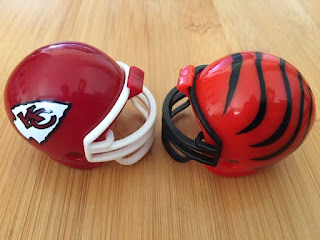 This is the type of game that the Bengals could actually win. Then of course they’d turn around and lose to the Jags next week. And they’re not even playing the Jags next week! That’s how ridiculous this team is. The Chiefs, on the other hand, are not ridiculous. They win every game they play. That’s completely sensible. Cincy should strive for that kind of consistency. But until they win all of their games, I’m just not sure I can trust them. 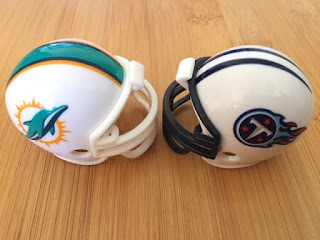 The Dolphins have won 7 in a row, and will get into the playoffs if they win their last two to extend the streak to 9. Unfortunately for them, the two remaining teams on their schedule are the Titans and Patriots. But fortunately for them, impossible is nothing for these Miami Dolphins. One thing that is really hard for them though is beating decent teams. They’re 2-5 against opponents that are currently over .500. If they double that total they’ll be sittin’ pretty come the end of the regular season. And if they don’t, they’ll be ... standing ugly, I suppose. Oof, nothing worse than that. 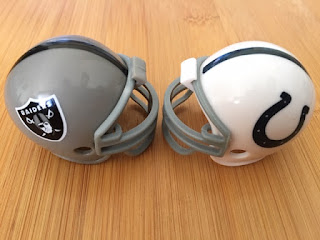 With their starting quarterback Carson Wentz in extended COVID protocol due to his unvaccinated status, reports have surfaced that the Colts reached out to Philip Rivers about a potential, temporary comeback. As much as I’d love to see that happen it begs the question: what makes Indy believe that Philip Rivers is vaccinated? From all I know of the guy, he screams unvaxxed. Come to think of it, he just screams everything, at all times. But as I already mentioned, I want nothing more than for Indy to sign Phil Rivers. Do I want him to then immediately get COVID upon setting foot into the team facility? Not necessarily. But it wouldn’t be unfunny. 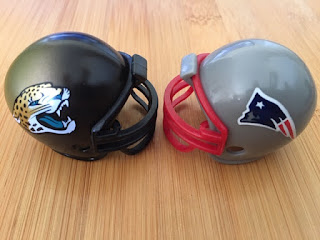 The Jags are looking to lock up the 1st pick in the draft for another year. Back to back baby! Will they get shirts made? Hang a banner? Some of you may think that that’s nothing to be proud of, but consider this: the draft started in 1936 and a team has selected 1st in consecutive seasons only 5 times. There have been more back to back Super Bowl champs. See? This is rarefied air! Or rarefied err I suppose. Man, that’s pretty solid. Hello New York Post? I think I’ve got a headline for you. It’s regarding the Jacksonville Jaguars and how they ... Hello? Did they hang up on me?!? Oh no, I forgot to actually dial the number. Didn’t even look it up in fact. Ah well, I’ll get to that later. 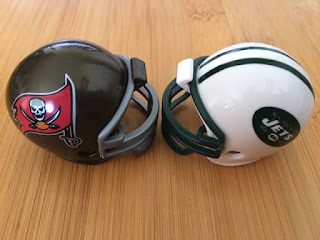 The Buccaneers have a .497 strength of victory, the best among current NFC playoff teams. Beating the Jets would only water that down. Should they consider losing then? I mean you don’t want to get a reputation as a bully. If you start beating up on poor saps like the Jets then you’re no better than the rest of those NFC meanies. Of course, if you lose to the Jets everybody will laugh at you. Can you really handle that? This is the type of conundrum that comes with success. That’s why I always tell kids to never be too successful. 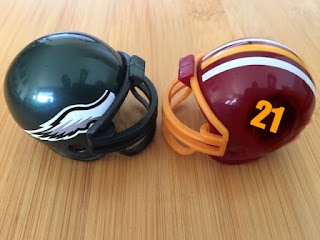 The Eagles are now firmly in playoff position. Well, as firm as you can get in the seventh spot in the NFC. Which is to say, not very firm. Right now they’re a soft yes for the postseason, but can you come back and ask them next week? They’re waiting to see how a couple things shake out, but they should have a better answer by then. Two weeks from now at the latest. Do you know who else is going yet? Not that it matters or anything, the Eagles are just curious. The Cowboys? Oh. Hmm. Well Philly’s a definite maybe then. They’ll let you know. 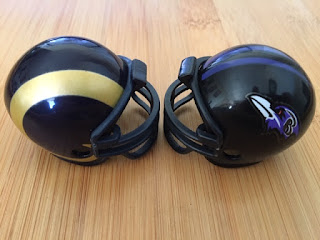 After another shellacking from the Bengals, the Ravens are living on the edge. And if Lamar Jackson can’t come back pronto they’ll be even edgier. Not like in a cool, hip way. More in like a falling to their death kind of way. But do the Rams have the guts to give them that last shove? Perhaps. Especially if LA doesn’t have the added stress of knowing that winning this game will result in the Ravens’ literal death. 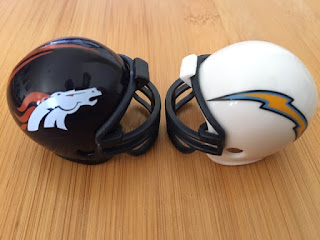 I imagine some Chargers fans prior to Sunday’s game against Houston saying, “If we can’t beat the Texans we don’t deserve to make the playoffs.” Then desperately trying to take it back following the game. Of course, this story assumes someone is a Chargers fan. After their disastrous performance in Houston, LA now needs help to get into the postseason. That aforementioned Charger fan needs help too. They’re desperately trying to bargain the Chargers way into the playoffs with anyone who will listen. Offering really depraved stuff too. Again, I should reiterate that this is a hypothetical person, but be that as it may, I’m very worried about them. 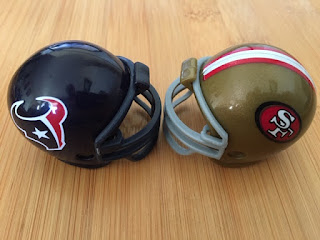 The Niners are the best team in the league at looking unstoppable for one quarter then inept the next. Case in point their performance last week against the Titans when San Fran jumped out to a 10-0 lead and maintained the shutout until halftime, only to lose 20-17. They’re really good, until they’re not. And brother, that kind of inconsistency don’t fly in the playoffs. That’s why Vince Lombardi always called the playoffs: Where inconsistency goes to die. Did he really say that? No. But I didn’t really know how to end these comments. Just like the Niners, I’m having trouble finishing. 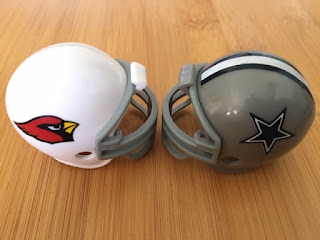 The Cardinals have clinched a playoff spot, and they should be thrilled that they have, because at this point I wouldn’t be shocked if they finish 10-7 after starting the season 7-0. Arizona has been banged up in the second half of the season, but maybe that’s what you get when your quarterback is the smallest person on the field. Look, I’m not a sizest, but Kyler Murray’s a little pipsqueak that can’t hold up for a full season. If he was taller he’d be better! And I don’t just mean at football. 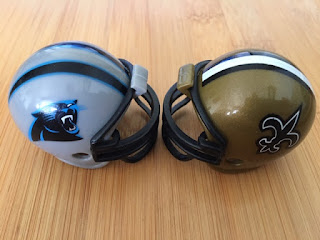 Shockingly Ian Book wasn’t a great option at quarterback for the Saints on Monday in their 20-3 loss. In fact, the Dolphins torched him so bad that you could even call it a Book burning. Ian’s second pass of the game was intercepted by Miami’s Nik Needham and returned for a touchdown onn a play where one might say that Needham read him like a book. If New Orleans is forced to start their third string QB again, Saints fans should run in the opposite direction of the SuperDome. Or to put it another way, they should book it. 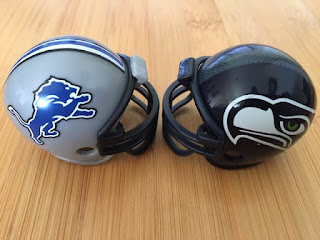 The Seahawks don’t have a first round pick in the 2022 draft. They have no reason to lose, yet they continue to. It’s actually kind of endearing, because you know there are no ulterior motives behind it. These are losses you can trust! Thank you Seahawks for your sincerity and humility in these fraught times. You are truly role modes for the rest of the league. I mean, not in terms of performance, but you get it, right? Yeah, you get it, you guys are cool. 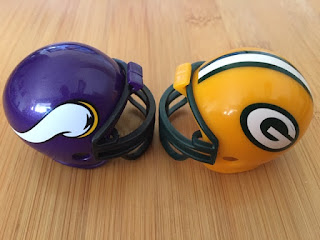 The Packers look to avenge one of their few losses of the 2021 season when they host the Vikings on Sunday night football. In fact, I heard they made it their new year's resolution. If you ask me, winning the Super Bowl probably would have been a better one, but oh well. But hey, you didn't come here to listen to me talk about this one; let's check in with Cris Collinsworth to see what he has to say:
Packers 34-25 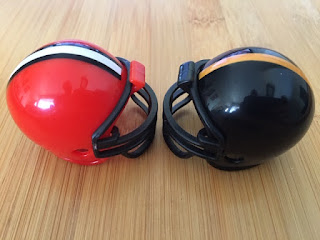 These teams met in the playoffs last season and both are still technically alive in the postseason race this time around. But does anybody outside of Cleveland or Pittsburgh care to see them there? They're both pretty snoozetastic at this juncture. If you ask me, these squadrons should do us all a favor by joining hands and walking out of the stadium and into one of the three rivers, never to be seen again ... until September.