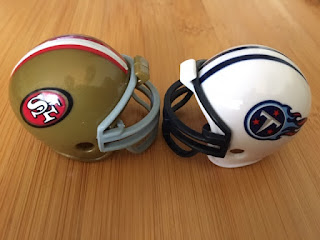 There’s a lot of buzz right now around the Niners being a dangerous playoff team. I can see that argument. But mostly because Jimmy Garoppolo is a dangerous quarterback for his own team. Things are going well with James for now, and they’ll continue to go well as long as San Fran is running downhill and momentum is on their side. But if that’s not the case can Garoppolo put a team on his back and lead them to victory? If we’re talking regular season I would say, “No.” If we’re talking playoffs I would say, “Who are you, and why do you keep asking me these questions? Where did you come from?!?” Once we settled that I would answer that I do not believe Jimmy Garoppolo can be the deciding factor in a postseason game. And for that reason the 49ers are the ultimate dangerous playoff team. A danger to themselves and others.