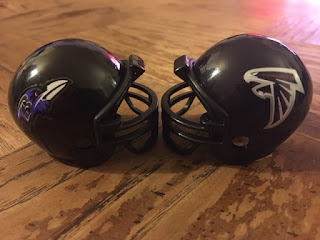 It appears Lamar Jackson will get another start at QB for the Ravens with Joe Flacco still sidelined. There’s no chance that the Baltimore front office has instructed the team doctors to negatively embellish their diagnosis in an effort to keep Flacco out of action while avoiding an awkward benching conversation, right? Obviously it’s inflammatory and irresponsible to suggest such tactics, or even consider the possibility that Ravens team doctors are methodically poisoning Joe Flacco. That’s NOT happening, and it’s very concerning that you would even entertain the possibility. All that being said, I think the Ravens and their fans are more than fine with Lamar Jackson remaining the starter for the foreseeable future. But I have to imagine that Atlanta will win a game at some point. 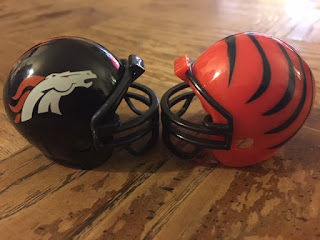 The Broncos went into their bye week dead in the water at 3-6. Two weeks later they’ve had consecutive, impressive victories over the Chargers and Steelers and now sit at 5-6, a game out of the final wild card spot in the AFC. Denver making the playoffs might still seem far-fetched to you, but have you looked at their remaining schedule? Have you? Me neither, gimme a second ... Oh this is interesting, they have this game at Cincy, then at San Francisco, Cleveland, at Oakland, and then they finish at home against the Chargers. They’ll be favored in four of those games, and by Week 17 the Chargers (a team the Broncos did already beat on the road) may be locked into the #5 spot, meaning they may not be operating at full strength. Can Denver really go from 3-6 to 10-6? Stranger things have happened. I can't think of any at the moment, but I’m sure they have. 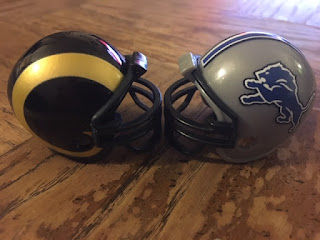 I’m sure you’ve heard the old adage that the best defense is a good offense. Well apparently the Rams have heard it too, and they’re stretching it’s veracity. There’s no denying that the Rams’ offense is spectacular, while there’s also no denying that their defense has been quite crummy. They reached their nadir a couple Mondays ago when they surrendered 51 points to the Chiefs. Paradoxically though, the Rams managed to win that game thanks to two defensive touchdowns. It reminds me of Jar Jar Binks at the end of Phantom Menace; he bungles his way through most of the climactic battle until he somehow ends up clumsily saving the day. You can argue with the methods, but not the results. As I said before though, the Rams’ philosophy seems to be: Do enough on offense so that it doesn’t matter how poorly the D plays. Let the offense be your defense. And if you’re in a bind, pull a Jar Jar. 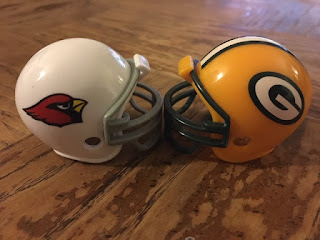 These teams have squared off in two classic playoff games in the past 10 years. Weren’t those great? It will probably be more pleasant to reminisce about those all-timers than to watch this week’s all-slimer. No, I know it didn’t work, but let’s just forget about it and move on. The Packers are back at Lambeau, which means they’ll actually have a chance to win. They’re also 4-6-1 now, which means they better win or else they’re donezo. And not just win this week, but every week from here on out. In what’s become an almost annual tradition Aaron Rodgers attempted to calm the fervor surrounding Green Bay by outlining how the Packers could still make the playoffs. In a long-winded fashion he basically said they needed to win out, which will make it really interesting to hear what spin Rodgers has ready when they lose a game. I doubt it will happen this week, but boy wouldn’t it be hilarious if it did? 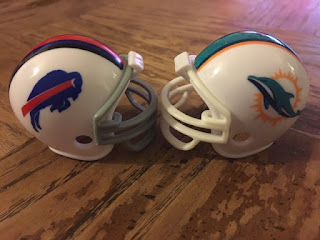 The bye weeks are over, so you’ve got your precious 16 games back. I hope you’re happy. Are you actually going to watch Bills/Dolphins? Of course not. This is why we need byes every week of the season. The worse the team is the more byes they get. Under this model the Raiders would have had 6 byes by now. It’s like the Sunday night flex schedule, except the league would just tell teams to go home. The fans save money, the players avoid injuries, and score picking specialists have fewer games to have to come up with something hilarious to write about. Everybody wins! 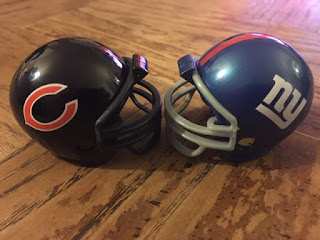 The Bears won on Thanksgiving in Detroit with Chase Daniel filling in at quarterback. With Mitchell Trubisky out again Chicago will be counting on Daniel this week as well. Can Chase get to 2-0 in New York? It boils down to whether or not the Giants are better than the Lions (and yes that’s all it boils down to; don’t give me any of this “match-up” nonsense). Sure the Giants are 3-8, and Eli is likely to throw at least one pick six on Sunday, but I have a feeling that New York has a mild upset in them. That being said, if Trubisky played the result would be different. This time last year I didn’t think I’d be using that sentence in a positive fashion. 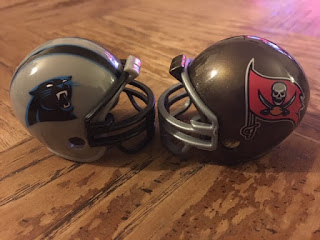 The Panthers have lost three straight games and currently sit outside the playoffs in the NFC. They’re in a downward spiral, and when the going gets tough, Cam Newton gets severely depressed. At least that’s what I’ve repeatedly been led to believe by his face. Carolina should be able to get this win in Tampa, but if they don’t, look for Cam’s face to be replaced by the frowning emoji when the Panthers take the field next week. 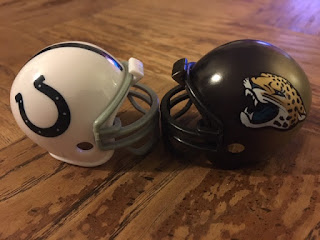 With his benching this week we may have seen Blake Bortles’ last start with the Jaguars. But rest assured, we have not seen his last start in the NFL. Wherever Bortles ends up after this season circumstances will force him into action again at some point. Just look at some of the rando back-up QBs that have been called upon to start this year: CJ Beathard, Colt McCoy, Jeff Driskel, Scott Plisken, Nick Mullens, etc. Can you believe I only made up one of those names? The point is, we may never recapture the thrill of weekly Bortles, but we’re merely transitioning into a similarly enjoyable phase of his career: cameo Bortles. He’ll pop up every so often just to surprise us, say hello, tantalize us with flashes of coherence, then betray us with sheer ineptitude. I personally can’t wait for a moment a few years down the road when a starting quarterback goes down and we’re trying to remember who his backup is only to see #5 (or whatever jersey he gets stuck with) trot on the field as bar patrons across the U.S. collectively shout, “Holy shit, it’s Bortles!” 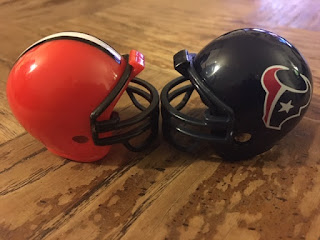 It’s a quarterback rematch of the 2015 college football semifinal, when DeShaun Watson and Clemson topped Baker Mayfield and Oklahoma 37-17. What does that mean for this game? Nothing!  The Texans come into Week 13 with 8 straight wins, meanwhile the Browns have won two in a row, which for them is equivalent, if not greater than an 8 game streak by a normal team. So really it’s debatable as to who’s hotter. Where’s Lorenzo Lamas when you need him? If this game were in Cleveland I’d actually give the Browns a good chance to win, but unfortunately for them it’s being played in Houston at the notorious NRG Stadium? Is that still what it’s called? Just checked, and yes, it is still called NRG Stadium. It’s comforting to know that in this day of frequent mergers and bankruptcies a corporation can maintain naming rights for this long. The Texans will reward that commitment on Sunday. Oh wait a minute, it’s only been called NRG Stadium for four years. Well hey that’s still pretty good! 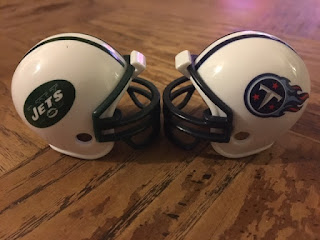 The Jets have had a strange season. Their three wins have come with point explosions of 48, 34, and 42. They have lost all their other games without putting up more than 17 in any one of them. I don’t know about you, but I’m going to be on the edge of my seat this Sunday to see if the Jets score somewhere between 17 and 34 points. What would happen? Do they win because they topped 17, or do they lose because they didn’t reach 34? Hope as I may, something tells me that they’ll stick to their losing formula and score 17 or less in a loss. And that “something” is that they’re the Jets and they’re all sorts of lousy. 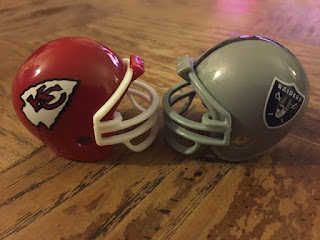 The Chiefs score 37 points per game, the Raiders allow 30. Kansas City is coming off their bye week, Andy Reid is 16-3 in his coaching career after a bye. These are just a couple of factors that are not working in Oakland’s favor. There are a lot more, but listing them all would feel like schadenfreude. The Chiefs are 15 point road favorites and that feels like it’s probably too low. The only thing that will keep Kansas City from winning by 20+ is if they get bored pawing the Raiders around and literally fall asleep on the field during the second half. Even then I’m guessing they’ll wake up in time to score a couple more touchdowns. 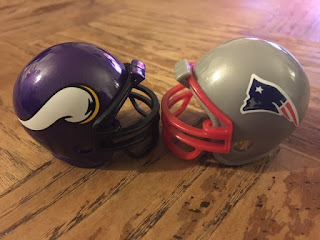 The Vikings got a big win last week against Green Bay in a game they sorely needed ahead of two tough road match-ups. This one in New England may seem like a near impossible task, but when the Vikings are playing like they want to out there, they’re hard to beat. Of course the same thing could be said for every team in the league, because every team wants to win, so obviously if they’re playing the way they want it doesn’t involve losing. To this point in the season the Patriots have been fairly underwhelming relative to their high standards, though, this is normally the time of year when they take things to the next level and make a run to the Super Bowl. And it has to be said, when the Patriots are playing the way they want to they’re hard to beat. 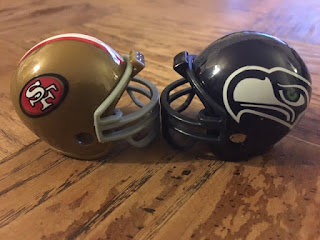 Malcolm Smith and Richard Sherman make their return to Seattle as 49ers. Of course, as Seahawks, these two combined for the most pivotal, iconic play in the history of this rivalry. It will be somewhat surreal to see them back in CenturyLink playing for San Francisco, but I think it will all make sense by the end of the game. That’s because I fully expect Smith and Sherman to turn heel (or in this case face, since the crowd will be behind it) on the Niners and team up to hand a sure interception right to David Moore in the corner of the south end zone for a Seattle touchdown. The fans will go wild, and the pair will then return to the Seahawks' sideline. Sure it will be pretty awkward for them when they have to get back on the Niners’ team plane and subsequently play the rest of the season with them, (they’re on contract after all, they can’t just leave the team) but I think we can all agree that it will be totally worth it. 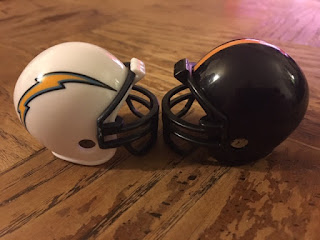 We have a triple P on our hands here (Potential Playoff Preview), and it should be an exciting contest. For more on it let's turn to NBC analyst Cris Collinsworth:
That got a little uncomfortable. 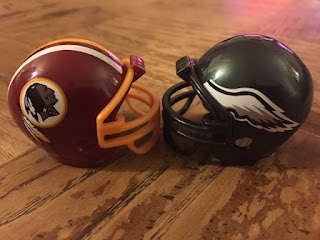 I was really hoping that the Cowboys would lose their Thursday nighter so that if the Eagles win this game there would be a three-way tie atop the NFC East:
6-6
6-6
6-6
Which would have made it clear that this division is of the devil. I mean one of the teams is named the Redskins, that’s the equivalent of building the whole thing on an ancient Indian burial ground. When you factor in the presence of Jerry Jones and the evil spirits that constantly wreak havoc on Eli Manning’s decision-making there’s no arguing that the NFC East is defined by evil. Unfortunately now they won't have the records to match,