Here's our group 2 of first round matchups: 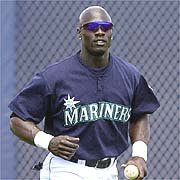 I'll go on record saying he had the most amount of Seattle fans for spending the shortest amount of time as a Mariner. Really fun player to root for. Plus didn't it come out that he drank during games? If so... rad. 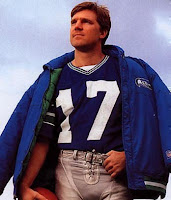 I put him on here before I saw this picture. But this pic erased any doubts that he belongs. 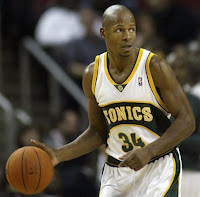 Smoothest shot I've ever seen. He's more of a cog in the system now, but I always thought he never got the credit he deserved for being one of the best players in the league when he was with the Sonics. I'm talkin' Top 10. Plus he grabbed Rosario's boobs.

How can a picture this small contain a rug that big? 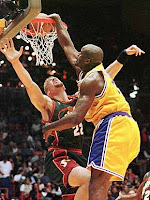 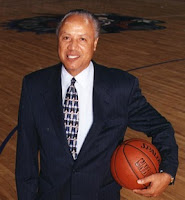 I guess he was a great Sonic. Before my time.

Sooooo close to a ring.

The most dominant Seattle defensive player ever (w/ apologies to Gary Payton). 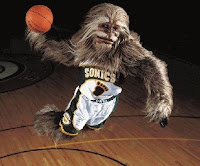 Rumor has it, he still patrols the rafters at the vacant Key, repelling down to eat rats and other vermin for sustenance. His cries of pain and anguish pollute the Seattle nights. (another rumor has him selling out to become the the Bison for that dipshit team near Texas.) 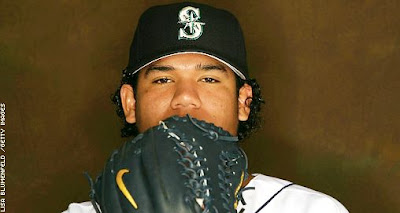 Bow down to the King. There was some chatter that the King Felix seed was too high. talk to me after the season. His time is upon us. All hail the king. (listen to Motorhead when you're reading this).

I laughed the first time I saw these guys. Now I just cry.

Future Hall of Famer. I sense a bounce back year for him. 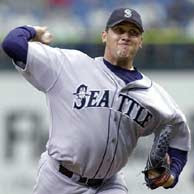 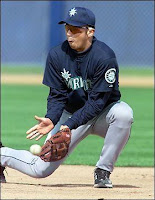 Randy Johnson netted us these two dudes (and John "I don't like baseball" Halama). They showed some promise, but their buddy in the middle up there may have had something to do with their demise in Seattle. We traded em both. Carlos has been an All-star since and Freddy dominated in the playoffs for Chicago as they won a World Series. OOPS. OOPS.

PS I could be wrong but without looking I believe the guys we got for Randy Johnson got us Ben Davis, Miguel Olivo, Mike Morse, and Ramon Vasquez. Hmmm. 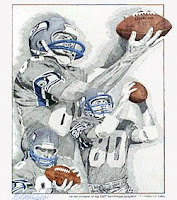 What can I say? He's a Hall of Famer. Seattle's only Hall of Famer, right? Anybody help me out there? Plus I once stood next to him in line for Splash Mountain. So the dude clearly has great taste in theme park attractions.

Pros: In the glory days when Payton and Kemp had the Sonics in cruise control, the crowd would literally chant his name until he rose off the bench and they erupted. One of my favorite Sonics memories was Karl sticking him in an NBC televised game in the first few minutes to guard Barkley. Karl didn't like the team's intensity. Steve definitely brought that.

Still pretty sure it was Thunder Mountain.

And Felix is currently mowing down Puerto Ricans if anyone's interested.

Well the point is still valid.

Why are you doing this to us?

Please don't forget that Steve Largent was a politician in the great state of Oklahoma.

Brian and I used to stand facing our cabin in Chelan and pretend to throw rocks at it. We would let go of the rocks mid throw, pretending we were dave krieg and the rocks would land behind us in the lake. Except for one time B, didnt let go and shattered a window. He screamed Touchdown! Big Jack screamed too, but it wasnt touchdown.

i didn't know this until i was doing a little research on the man, the myth, the scheff..........but.......did anyone else know that he finished his career with the nuggets and when he got traded he got an $80,000 dollar raise? $330,000 his final year because of his ability to tear the fuckin' roof back on the key arena. how do you not vote for the man?

Brian and I used to stand facing our cabin in Chelan and pretend to throw rocks at it. We would let go of the rocks mid throw, pretending we were dave krieg and the rocks would land behind us in the lake. Except for one time B, didnt let go and shattered a window. He screamed Touchdown! Big Jack screamed too, but it wasnt touchdown.