First group matchups... remember to vote on the right over there. Voting will be roughly 24 hours. 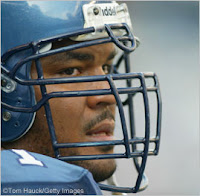 Walter is a giant bad-ass. 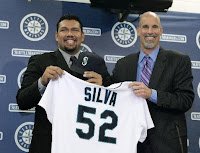 Carlos Silva is a giant fat ass. (and apparently hangs out with incompetent Gms) 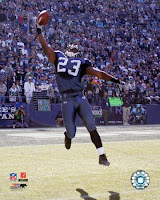 The Truf is a great jersey to own.

Came to the Save Our Sonics Rally and was in Singles. Also was a bad ass.

I'm not playing favorites... but check this shit out:

Mr. Ayala taught us all at a young age how important a good closer was. 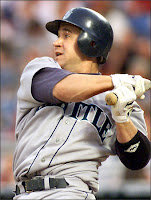 It's tough to tell from this still picture... but damnit he swung hard.

Sexiest contestant... even WITH Sweet Lou in the mix. 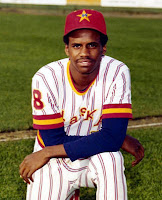 I remember Alvin's last game as a Mariner. I was in a luxury box. That is all. 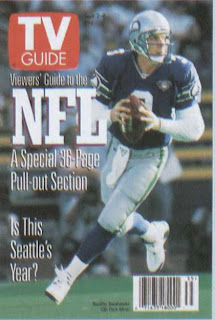 Some complaints about him being in and this high. Well... eliminate him if you want... but he was the shit when he played basketball.

That Superbowl ring he's proudly displaying? Yeah, that's not from his time with the Hawks. 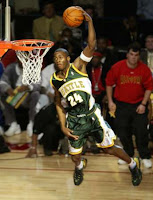 D-Mas brought a dunk title to the Supes. It's the closest thing to a championship that this city has seen in over in almost 30 years. For that alone he makes it.
Posted by Mr. F at 6:04 PM

I am glad that Durant is getting the early love. His performance in the home finale of the last Sonics' season will be one of my all-time Seattle sports memories. Late in the game he ended up with the ball on a breakaway and threw down a tomahawk to seal the victory over the Mavs. The crowd went crazy and it was awesome to remember how great it was to watch the Sonics. We could have all decided to been bummed out, spent the whole game complaining about the shitty situation, and sat in our seats and politely clapped as they won, but the crowd treated it like a playoff game. And it was faaaaantastic.

So, you all could waste your time whining and nitpicking about who's seeded where, or you could shut your mouths and appreciate this finely-constructed, fun-for-everyone activity.

We were asked for our thoughts right? I still say he's too high. He spent one year in Seattle. Sure there were some good memories, but he mostly reminds me of the worst thing that ever happened to the Seattle sports scene.

If we're gonna do one-year guys why isn't Joe Jurevicius in the bracket?

I said that I thought the tournament was a great idea, I was simply adding my to cents, which was requested.

you were asked for your thoughts in the last thread. So quit your botching and let your votes do the talking.

Probably tough for an LA kid to understand the durant thing.

How about cuz joe was here for a year and then HE left. Durant had nothing to do with his leaving town.

This is tough- much more at stake emotionally than the NCAA's. Detlef vs. X-Man, yikes. As someone who was also at the final Sonics home game I have no problem with Durant where he is. He was motioning for the crowd to get louder when we were chanting "save our sonics"! Trufant vs. Reynolds? You gotta be kiddin' me!

you were asked for your thoughts in the last thread. So quit your botching and let your votes do the talking.

Probably tough for an LA kid to understand the durant thing.

How about cuz joe was here for a year and then HE left. Durant had nothing to do with his leaving town.