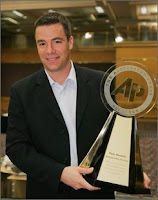 Those of you (all four or five) who were anxiously awaiting the Seattle Sports March Madness Final Four post will have to wait another day. 'Cuz right now anything even remotely related to college basketball makes my soul cry.

Tony Bennett has left the Cougars. If your finding this out here, I'm both elated and terribly depressed for you that this was your # 1 sports news source. (The M's traded JJ putz by the way... that was my last attempt at humor, cuz nothing about this is funny to me.).

Part of me wants to say "thank you". So I'll get that part out of the way first. Thank you Coach Bennett (and your daddy) for putting the program on the map. Anyone who has watched a Cougar basketball game with me knows I have a slightly above average passion for this team. That's hard to do when you're last in the PAC-10 every year. You changed that. So thank you for what was easily the most exciting and enjoyable 4 years I've ever had watching any college team (not just basketball). That was for the part of me that wants to say thank you.

I think Maynard says it best:

It's pretty tough to ignore that he REALLY used the school to gain national exposure as a viable head coaching candidate. Sure he could have left last year.... so thaaaaaank you for staying one more year. But come on, if he bailed on his first recruiting class and a kid (the legendary Taylor Rochestie) who gave up his scholarship because he believed in the program, he would have looked like a gigantic dick head. Now he just looks like a dick head.

I know. I know it was bound to happen. But it didn't have to be such a blindside. And he didn't really stay thaaaat long. And to Virginia? I mean is that really that great of a step up? Have fun trying to slow that league down.

I tried listening to a little 950 KJR on the way home, just to get a little more news on the subject, but instead I got a bunch of bullshit "be grateful" opinions. Cougs should be grateful for the time they had. F-that. That's such a loser mentality and it's completely hypocritical. If Tony Bennett was coaching the Huskies and he pulled this... there'd by rioting in the streets.

We (Cougs) have every right to be pissed at a coach who bolted. And I am. I'm sure it will soften over time, and again it was nice to have a run like that... but I wanted more. Hopefully the players won't transfer because they feel betrayed. It's a tough sport for them.

The good news? It's already being reported that DeAngelo Casto has no plans to transfer. And you know why? 'Cuz he's a filthy bad ass who will go down as one of the greatest Cougars of all time. Not sure where Tony stands now.

Whatever, I'm done. Please go replay the video a few times. It'll make you feel better.
(If you can't make out the lyrics, it's Fuck You Buddy (I think) repeated over and over again, but for our purposes you can replace Buddy with Tony).

Have a great rest of the week. Mine is ruined.

Seattle Sports March Madness will return tomorrow, if I haven't destroyed my computer by then.
Posted by Mr. F at 6:59 PM

Well said Mr F. I was so stoked when Leitao got canned due my financial benefit of coaching changes. This is a worse case scenerio. I will be forced to sell Tony compromised software that will cripple his summer camp operations. Its the least I can do.

that whole paragraph you wrote about thanking him was bullshit. he fucked you guys raw with no lube. not even a courtesy spit. Maybe if he had gone to LSU or Indiana, but Virginia? He lied to everyone and left for an "attractive ACC package." i think pete said it best

that being said..........dry your fucking eyes and lets get to Seattle Madness. no use feeling bad about a bastard who doesn't want you anyway

Just remember that feeling Jimi when Romar leaves for UCLA....

if Romar does us raw the same way Phony did those filthy cougs, then fuck him too. Please, go to UCLA, recruit a bunch of slefish 5 foot nothin' guards, and build a team thats just good enough to pretend.

HAHAHA-Phoney Bennett, it rhymes with Tony. I get it.

And you're right jimi... I am being selfish. But the last time I checked we don't do a lot of posts that feature the Cougars. And I'd be doing myself a disservice and a disservice to this band if I didn't blog the HELL out of this story.

its your site your cougness!! i'm just saying the public is getting restless.

I've got a quick concert to get to tonight but have every intention of posting the matchups tonight.

There is probably room at Willinghamsucks.com or USCsloppyseconds.org, you could follow those blogs. I'm only kidding :)

if it makes anyone feel better, phony is getting the shit ripped out of him on espn.com

And you're right jimi... I am being selfish. But the last time I checked we don't do a lot of posts that feature the Cougars. And I'd be doing myself a disservice and a disservice to this band if I didn't blog the HELL out of this story.